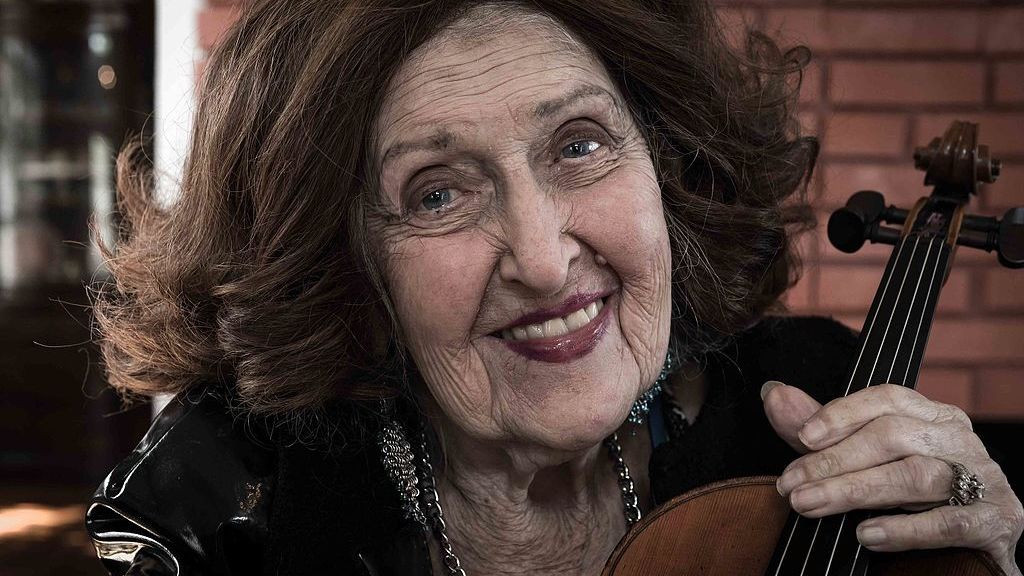 The eminent Polish-born violinist Ida Haendel passed away Tuesday at the age of 91.

As a student of Carl Flesch and George Enescu, Haendel represented one of the last direct links to the distinctive and personal violin playing of the nineteenth and early twentieth centuries. As a child prodigy, she was a top prize winner in the first Henryk Wieniawski Violin Competition, where she competed against such towering figures as David Oistrakh and Ginette Neveu. During the Second World War, she performed extensively for British and American troops and in pianist Myra Hess’ National Gallery concerts. She was a respected teacher and continued to perform in her later years. (Here is an informal 2009 clip of her playing Paganini’s 24th Caprice effortlessly at the age of 80). She was a passionate champion of the music of twentieth century composers, including Béla Bartók, Benjamin Britten and William Walton.

The searing intensity and soulfulness of Haendel’s playing has been described as a combination of “ice and fire.” Her artistry is on display in these three recordings:

Nigun (or “Improvisation”) is from Ernest Bloch’s 1923 suite, Baal Shem: Three Pictures of Hassidic Life. Haendel is accompanied by Gerald Moore in this 1953 recording:

Haendel’s first recording of Sibelius’ Violin Concerto earned her a fan letter from the composer who wrote, “I congratulate you on the great success, but most of all I congratulate myself, that my concerto has found an interpreter of your rare standard.” Here is an excerpt from her later recording with Paavo Berglund and the Bournemouth Symphony Orchestra:

Enescu: Violin Sonata No. 3 in A minor

George Enescu’s Third Violin Sonata is filled with the exotic, gypsy-inspired sounds of Romanian folk music. The Sonata unfolds in three movements: Moderato malinconico, Andante sostenuto misterioso, and Allegro con brio, ma non troppo mosso. Haendel’s association with Enescu offers a vital link to the past. This recital took place in November, 2009 at the Broward Center For the Performing Arts in Fort Lauderdale, Florida. Haendel is joined by the Serbian pianist, Misha Dacic.