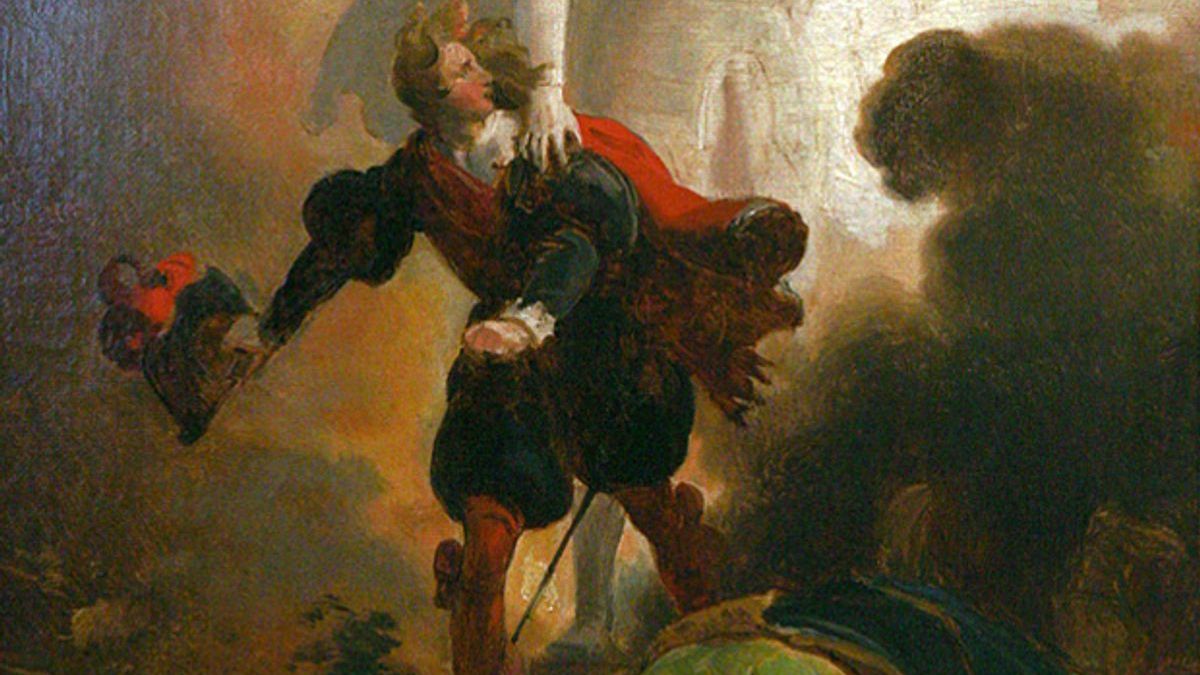 Don Giovanni’s horrific fate is sealed earlier in the opera’s second act. In Scene 3, the brash, promiscuous nobleman (also known as Don Juan), wanders into a graveyard where he is reunited with his servant, Leporello. Don Giovanni brags that he took advantage of his disguise to try to seduce one of Leporello’s girlfriends. A voice comes from one of the graveyard’s statues warning Don Giovanni that “his laughter will not last beyond sunrise.” It’s a statue of a Commendatore, bearing the eerie inscription, “Here am I waiting for revenge against the scoundrel who killed me.” Leporello trembles, but Don Giovanni arrogantly taunts the ghost, inviting him to dinner (the duet, “O, statua gentilissima”).

The phantom’s arrival is announced with an ominous knock on the door. The Commendatore offers Don Giovanni one last chance to repent. When Don Giovanni refuses, he is surrounded by demons and carried away to Hell. A final ensemble contains the moral, “Such is the end of the evildoer: the death of a sinner always reflects his life.”

Something akin to that terrifying knock on the door can be heard in the orchestra’s underlying rhythm at the beginning of the scene. Repeating with an ominous inevitability, it’s the same unrelenting rhythm we hear in the opening bars of the opera’s Overture. With wrenching dissonances and slithering lines in the strings, the suspense builds. As the fearful Leporello hides under the table, his trembling is felt in the orchestra. Dizzying scales rise and fall in the strings, giving us a sense of lightheadedness. Don Giovanni’s “hour of doom” is announced by the Commendatore with a descent into the bottom of the bass register. Throughout the scene, the dramatic “heat” is turned up with continuously searing intensity.

Here is a 1990 Metropolitan Opera performance featuring the German bass, Kurt Moll, in the role of the Commendatore. Samuel Ramey is in the title role and Ferruccio Furlanetto performs the role of Leporello.