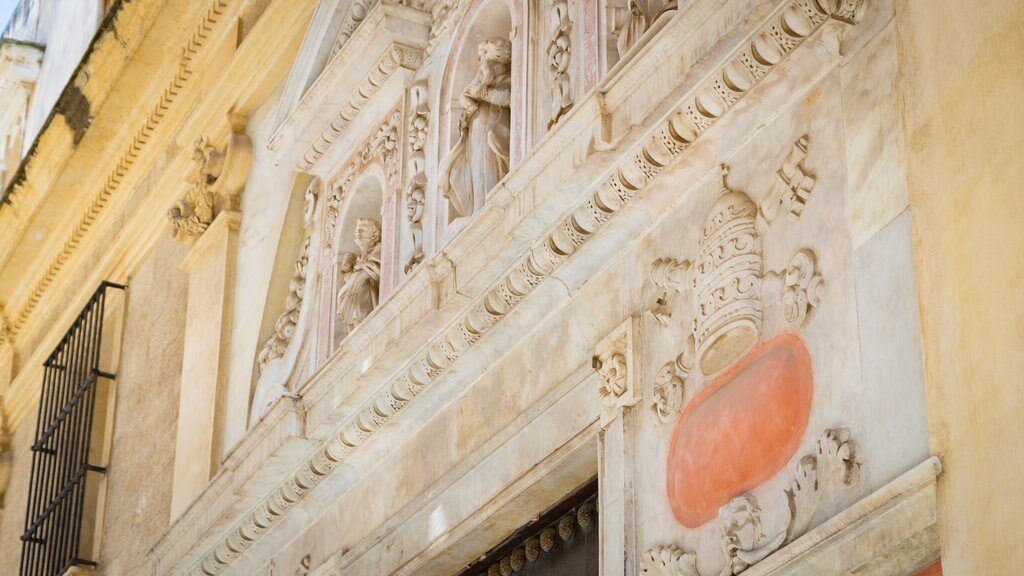 In 1786, Franz Joseph Haydn received an unusual commission from a Spanish priest. It was for an orchestral work to be performed for the Good Friday service at the Oratorio de la Santa Cueva, an underground church in the city of Cádiz. Haydn was asked to compose a series of slow, meditative “sonatas,” each relating to one of the seven last words of Christ during the crucifixion, as outlined in the Canonical Gospels of Matthew, Luke, and John.

Haydn wrote this description of the project for the preface of the Breitkopf & Härtel edition, issued in 1801:

Some fifteen years ago I was requested by a canon of Cádiz to compose instrumental music on the Seven Last Words of Our Savior On the Cross. It was customary at the Cathedral of Cádiz to produce an oratorio every year during Lent, the effect of the performance being not a little enhanced by the following circumstances. The walls, windows, and pillars of the church were hung with black cloth, and only one large lamp hanging from the center of the roof broke the solemn darkness. At midday, the doors were closed and the ceremony began. After a short service the bishop ascended the pulpit, pronounced the first of the seven words (or sentences) and delivered a discourse thereon. This ended, he left the pulpit and fell to his knees before the altar. The interval was filled by music. The bishop then in like manner pronounced the second word, then the third, and so on, the orchestra following on the conclusion of each discourse. My composition was subject to these conditions, and it was no easy task to compose seven adagios lasting ten minutes each, and to succeed one another without fatiguing the listeners; indeed, I found it quite impossible to confine myself to the appointed limits…

Haydn’s The Seven Last Words of Christ opens the door to a deep, contemplative drama. Monumental and seemingly timeless, the work defies the limits of a single genre. It cycles through a series of keys without establishing a “home,” giving us a sense of cosmic vastness. The musicologist Mark Spitzer observes that “the only other Classical ‘multi-piece’ which spreads itself across the entire tonal gamut with this architectural breadth is Beethoven’s String Quartet in C-sharp minor, op. 131.”

The facade of the Oratorio de la Santa Cueva, with its simple, Doric pilasters, provides little hint of the elaborate underground chapel which lies beyond. Haydn’s music begins with a similar musical facade, in the form of an introduction, set in the dark and ominous key of D minor. From the snarling opening bars, we are plunged into a ferocious and terrifying world. The trembling music which follows suggests haunting mystery, alienation, and lament. It’s filled with sudden, jagged edges. At moments, a few lingering strands are heard as a chilling whisper.

The seven Sonatas take us deep into a meditative space, akin to the chapel’s somber underground cave. (Haydn never visited Cádiz). As the music unfolds, wrenching anguish and lament combine with a sense of serene majesty and transcendence. We hear a tender and reverent conversation between instrumental voices. At moments, the music becomes strange and dissonant in a way which anticipates Beethoven’s Late String Quartets.    The final movement’s thundering “earthquake” pulls us out of the meditative, spiritual realm and returns us to the physical world.

Soon after its initial performance at Cádiz’ “Sacred Cave” chapel, The Seven Last Words of Christ became popular throughout Europe. Haydn approved a solo piano reduction of the work. During his second trip to London, he heard a choral adaptation made by Johann Friebert in the Lower Bavarian city of Passau. Haydn produced his own choral version in 1796. You can hear it on this 1992 recording, featuring Nikolaus Harnoncourt with the Arnold Schoenberg Choir and Concentus Musicus Wien.

In 1787, Haydn created a version for string quartet. Here, the music takes on a new intimacy and reverence. Perhaps because of its more economical forces, this version has become the most popular. Here is a recording featuring Quatuor Mosaïques:

2 thoughts on “Haydn’s “The Seven Last Words of Christ”: Meditations on a Sacred Text”