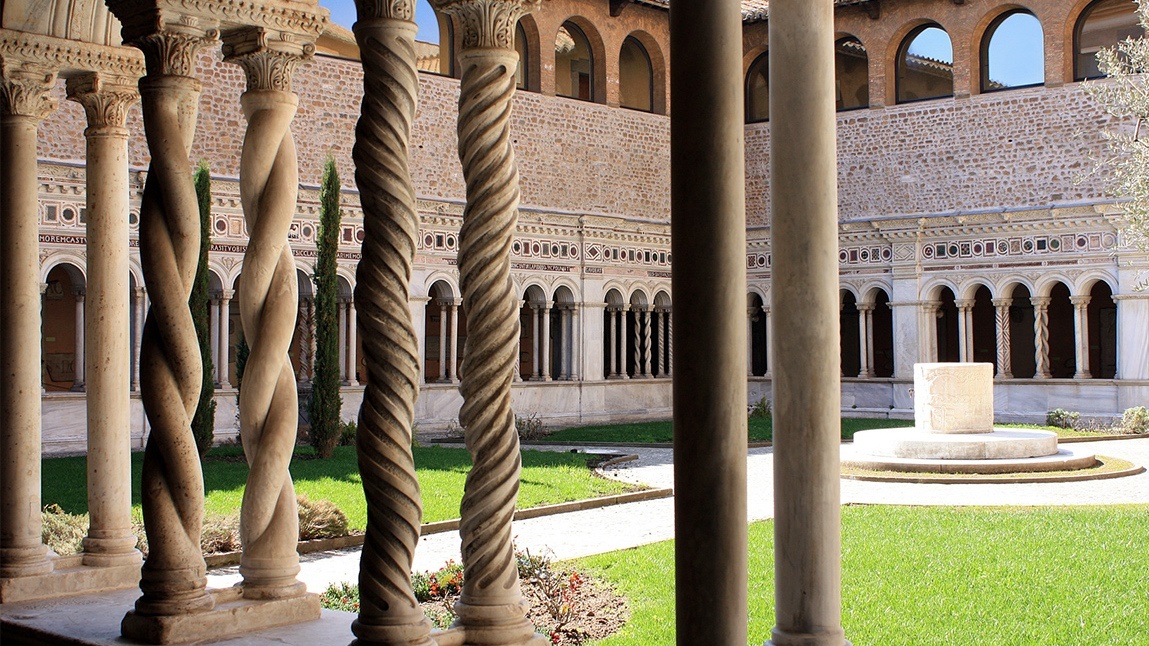 In the years before his arrival in London, the young George Frideric Handel was based in Italy. Settling in Rome, Handel, a native of the German state of Saxony-Anhalt, composed cantatas and oratorios for the city’s most wealthy and powerful Cardinals. Additionally, commissions poured in from Florence, Venice, and Naples.

It was during this time that Handel composed Haec est Regina virginum, HWV 235 (“Behold the Queen of Virgins”). The antiphon may have been written in 1707 and included in a Vespers service in Rome. The stately ritornello (the recurring instrumental tutti) appears to have provided the seed for the famous Air Handel composed years later for the Water Music. The antiphon is a serene and sensuous prayer to the Virgin Mary. Here is a translation of the text:

Behold the Queen of virgins,
Who, like a beautiful rose, gave birth to the King.
Virgin mother of God, through whom we reach both God
And man, please intercede on our behalf.

Featured Image: the cloister at Rome’s Basilica di San Giovanni in Laterano where Handel played the organ in 1707