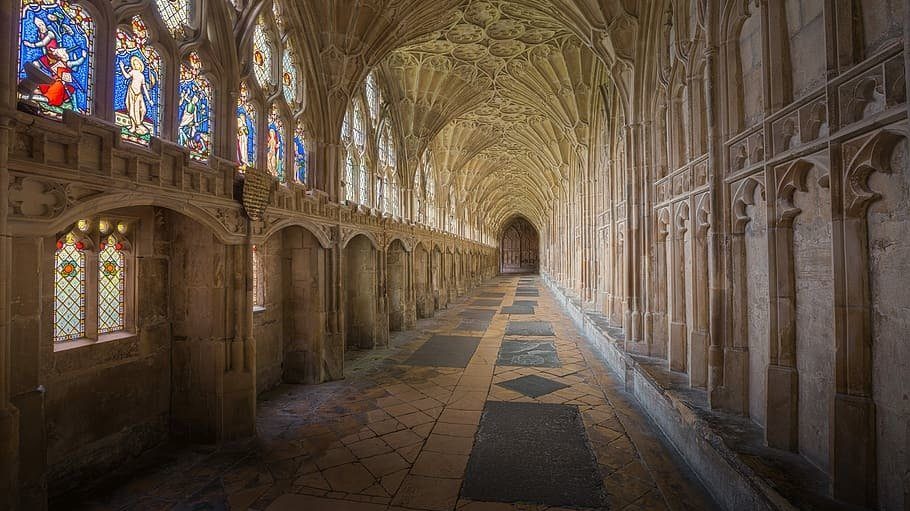 Ralph Vaughan Williams’ Fantasia on a Theme by Thomas Tallis is filled with ghosts.

Composed in 1910, this haunting single-movement work for string orchestra develops from a melody written nearly 400 years earlier by the English Renaissance composer, Thomas Tallis. Tallis’ hymn melody, one of nine written in 1567 for the Archbishop of Canterbury, is tinged with a sense of quiet mystery and lament. With continuous harmonic and metric shifts, it feels mysterious and ephemeral. Vaughan Williams discovered the melody while editing The English Hymnal, published in 1906.

When the Fantasia was first performed as part of the 1910 Three Choirs Festival at Gloucester Cathedral, the 37-year-old composer was only beginning to gain public recognition. Following the performance, the Cathedral’s organist recalled “A queer, mad work by an odd fellow from Chelsea.” Others in attendance, such as the 17-year-old Herbert Howells, were deeply affected. One review touched on a sense of timelessness in the music, writing,

Throughout its course one is never quite sure whether one is listening to something very old or very new…One is living in two centuries at once…It cannot be assigned to a time or school but it is full of the visions which have haunted the seers of all times.

Fantasia on a Theme by Thomas Tallis plays with our perception of space and sound. Scored for double string orchestra and string quartet, it unfolds as an antiphonal conversation between “choirs.” A full string orchestra alternates with a second, smaller string orchestra. The organ-like string quartet emerges as a distant, haunting echo from the past. At moments, the poignant solo voices of the viola and violin emerge. This spacial dialogue is not unlike the weaving interplay of the choral music of Renaissance polyphony. One spectacular example is Tallis’ Spem In Alium, which features no less than 40 separate voices.

Vaughan Williams’ Fantasia begins with shimmering, celestial waves of sound. The first fragments of Tallis’ theme are heard as pizzicati in the low strings. Soon, mists recede and the theme is revealed in all of its glory. Set in the Phrygian mode, this music drifts into a sensuous and melancholy dreamscape. Ghostly, lamenting voices hover in the air, rise to a majestic climax, and ultimately evaporate as quickly as they came.

Tallis: Why Fum’th In Fight

Here is Tallis’ theme in its original form:

Featured Image: a passageway  at Gloucester Cathedral where the “Fantasia on a Theme by Thomas Tallis” was first performed in 1910

2 thoughts on “Vaughan Williams’ “Fantasia on a Theme by Thomas Tallis”: Ghosts of the English Renaissance”