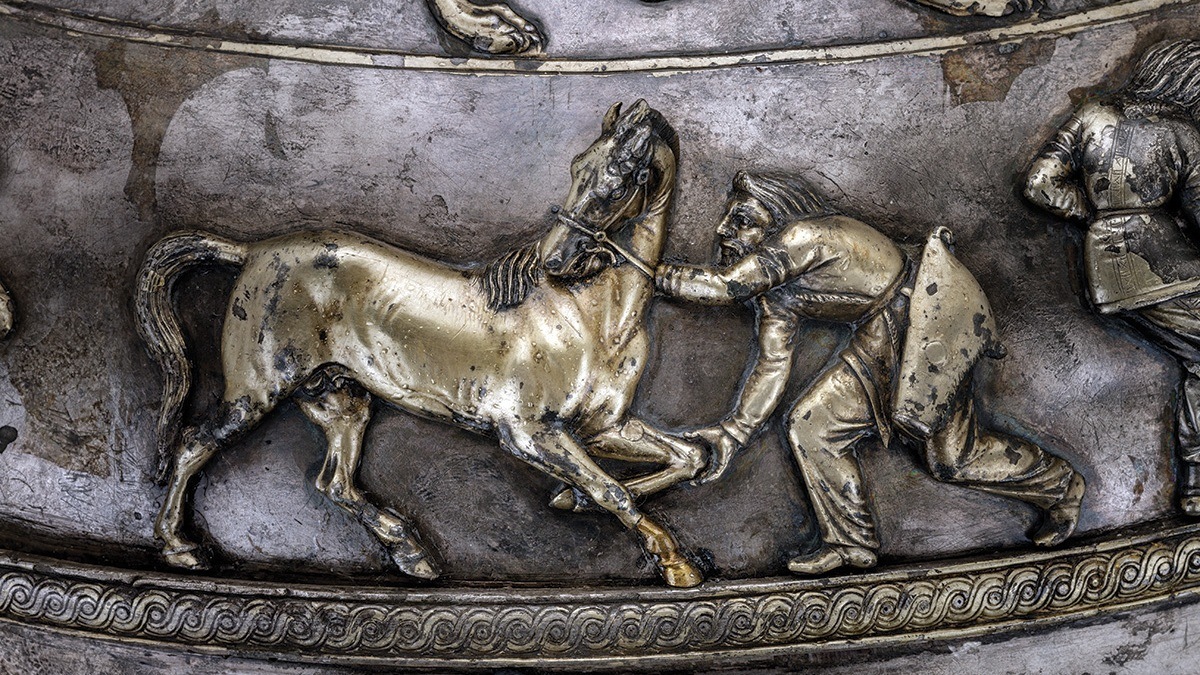 In 1915, the 23-year-old Sergei Prokofiev set to work on his first ballet score. Commissioned by Sergei Diaghilev for the Ballets Russes, the work, which was given the title Ala and Lolli, moved deep into Slavic mythology. It depicted an epic battle between the forces of light and darkness, represented by the sun god, Veles, and the grotesque monster, Chuzbog. The ballet’s setting centered around the Scythians, a prehistoric nomadic tribe which, beginning around the 7th century BC, occupied the area running from present-day Kazakhstan north into the Russian steppes.

Diaghilev wanted a primitive, “barbaric” ballet in the vein of Stravinsky’s The Rite of Spring, which had achieved a riotous premiere in Paris two years earlier. While working on the score, Prokofiev feared that the scenario that was outlined by his collaborator, the poet Sergei Gorodetzky, was “much too pretty.” Diaghilev found the plot “contrived and static” and the music “uninteresting.” The project was cancelled, and Prokofiev moved on to collaborate with Diaghilev on a more successful work, Chout.

Prokofiev’s Scythian Suite, scored for a vast orchestra which includes triple woodwinds, eight horns, alto trumpet, two harps, piano, and large percussion forces, developed from the ballet’s uncompleted piano score. Its January 16, 1916 premiere at St. Petersburg’s Mariinsky Theatre, conducted by the composer, was called “a scandal in high society” by one critic who reported, “The first movement was received in silence. The last called forth both applause and stormy protests.” Prokofiev wrote,

The timpanist tore the kettledrum head with his furious blows, and Siloti [the impresario who organized the concert] promised to send me the mangled piece of leather as a keepsake. In the orchestra itself there were noticeable signs of antagonism. ‘I have a sick wife and three children, must I be forced to suffer this hell?,’ grumbled a cellist, while behind him the trombones blew fearful chords into his ear. Siloti, in fine fettle, said we had given the audience a right slap in the face.

The opening bars of the first movement, The Adoration Of Veles And Ala, plunge us headlong into a chaotic battle between titanic forces. We get a sense of the Scythians’ ritualistic invocation of the sun. The thrashing cacophony reaches a towering climax with an ominous, ploddingly deliberate march. Soon, primordial dissonance fades into a quietly mysterious and hypnotic dance dominated by the flutes. The violins enter with an eerie dance of their own. The faint, wispy outline of ghosts swirls in the violas while strange, unsettling groans emerge in the basses.

The second movement, The Evil God and the Dance of the Pagan Monsters, is hard-edged rock and roll. It dramatized a hellish scene in the ballet: “As the Scythians make a sacrifice to Ala, daughter of Veles, the Evil God performs a violent dance surrounded by seven monsters.”

The third movement, Night, moves into a serene, celestial landscape. Glistening splashes of color suggest the magical illumination of twinkling stars and shooting fireflies against a shadowy, nocturnal backdrop. This music was intended to accompany a scene in which moon maidens descend to console Ala, who has been harmed by the evil god.

The final movement, The Glorious Departure of Lolli and the Cortège of the Sun, depicts the rescue of Ala and the defeat of Chuzbog by the sun god. The Suite ends with an awe-inspiring musical sunrise which obliterates the forces of darkness.