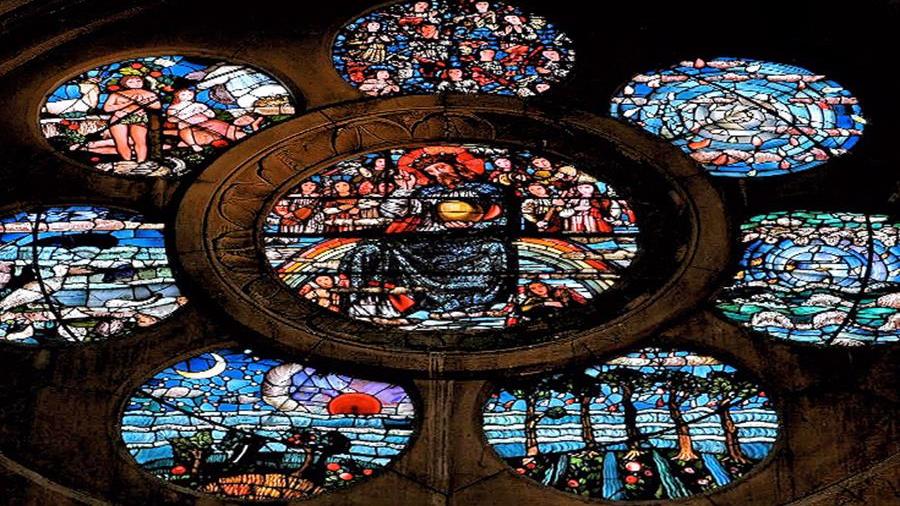 The English Renaissance composer Thomas Tallis wrote the Lamentations of Jeremiah in the 1560s for the liturgy of Maundy Thursday. At the time, musical settings from the Book of Jeremiah were common in England during the Christian Holy Week. The texts, which lament the destruction of Jerusalem and its temple by the Babylonians, held significance for Roman Catholics amid the turmoil surrounding the rise of Protestantism. The Lamentations were written during the early years of the reign of Elizabeth I who, although a Protestant, allowed Latin to be sung in religious services. Although Thomas Tallis remained an “unreformed Roman Catholic,” his style adapted as England alternated between Catholicism and Protestantism.

The Lamentations of Jeremiah unfolds in two sections. The five voices engage in an imitative polyphonic conversation which is filled with quiet weeping, anguish, and moments of shimmering, transcendent light.

Lamentations of Jeremiah I:

Featured Image: the rose window at Waltham Abbey, Essex, England where Thomas Tallis was organist around 1538