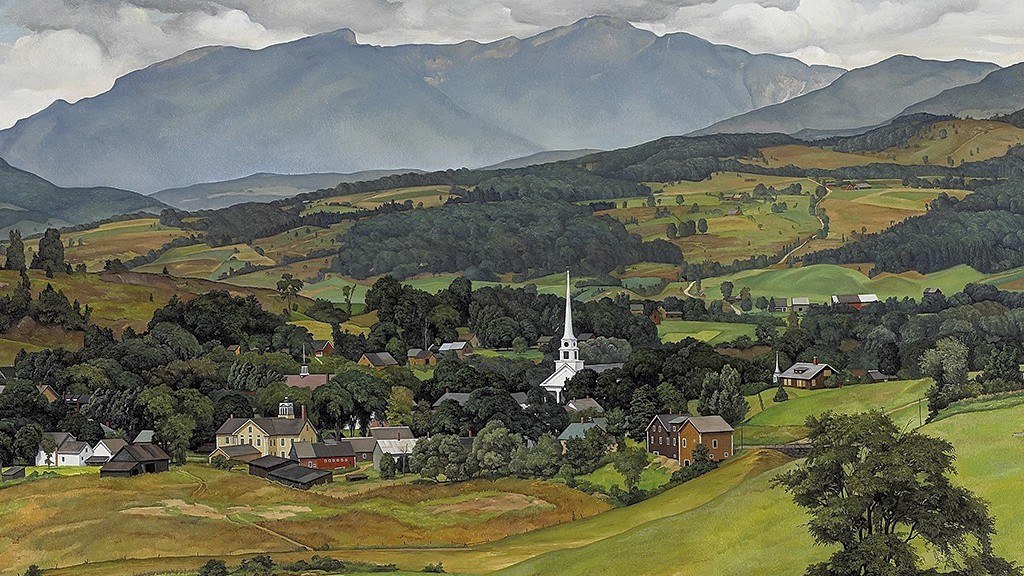 The American composer, Walter Piston, wrote Three New England Sketches during the summer of 1959 at his retreat in the Green Mountains of Vermont. The symphonic suite was commissioned by the Worcester (Massachusetts) County Musical Association for its 100th Annual Music Festival. Founded in 1858, the Festival is billed as the oldest of its kind in the United States. (Antonín Dvořák performed there in 1898). Walter Piston dedicated the score of Three New England Sketches to the conductor, Paul Paray, who premiered the work in October of 1959 with the Detroit Symphony Orchestra.

Beyond the descriptive movement titles, Piston stated that the music was not conceived with specific programatic intentions. Instead, the Sketches evoke pure atmosphere. The mysterious opening bars of the first, Seaside, seem to be shrouded in dense fog. The solo oboe and other voices rise dreamily over a repeating passacaglia bass line. Colorful pastel splashes emerge from the harp and cymbal. The second sketch, Summer Evening, evokes nature’s nocturnal counterpoint. The music is filled with the buzz of insects and distant birdcalls. The final sketch is an ode to the rugged majesty and power of Mountains. It begins and ends with monumental blocks of sound. In the space between these monolithic peaks comes exhilarating contrapuntal adventures, which include two vigorous fugue episodes.