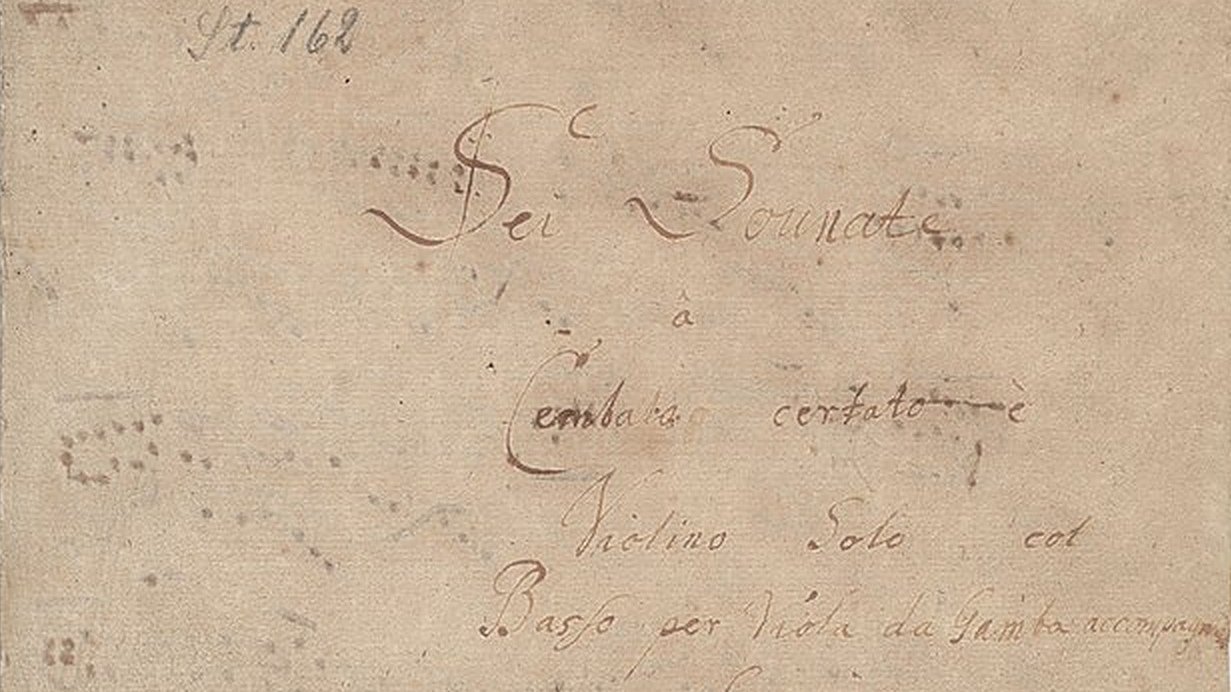 The traditional Baroque trio sonata, developed by composers such as Arcangelo Corelli, typically consisted of two violins and continuo. The continuo involved a partially improvised accompaniment in which the keyboard player would be given the bass line and the harmonic “short hand” of figured bass notation. It was an arrangement which was not unlike the harmonic changes in a jazz chart.

With the Six Sonatas for violin and harpsichord (BWV 1014-1019), J.S. Bach shattered this convention. Rather than leave the keyboard’s right hand line to the player’s discretion, Bach wrote out almost all of the notes. In the Adagio which opens the first Sonata of the set, three musical lines in the harpsichord blossom into four with the entrance of the violin, and then five, a few moments later, with the emergence of double stops in the violin. The harpsichord and violin enter into a vibrant musical conversation as equals. With this music, Bach seems to have set the stage for the violin-piano duo sonatas of Mozart and Beethoven

B minor, the key of Schubert’s “Unfinished” Symphony and Bach’s monumental Mass in B minor, has long been associated with melancholy. The Adagio which opens Sonata No. 1 in B minor is filled with weeping descending lines. The violin emerges with a single extended cry of lament. The buoyant, dance-like Allegro which follows sweeps all mournfulness away. Moving to warm D major, the third movement (Andante) unfolds as an intimate duet. At times, the violin and harpsichord move together in sensuous sixths. The Sonata concludes with a jubilant and virtuosic Allegro. Listening to this dramatic music, you may be reminded of beautiful and expressive moments from Bach’s cantatas and Passions.

Bach probably composed the Sonatas, BWV 1014-1019  between 1720 and 1723 during his final years as director of music in Cöthen. There, he was employed by a “generous prince who not only loved music, he understood it.”

The Netherlands Bach Society recently published this performance from December, 2021 which features the Croatian violinist Bojan Čičić with the British harpsichordist, Steven Devine:

Featured Image: the title page of Bach’s Six Sonatas for Violin and Harpsichord.

1 thought on “Bach’s Sonata No. 1 in B Minor for Violin and Harpsichord, BWV 1014: A Conversation Among Equals”