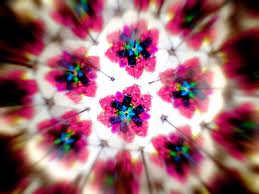 In my last post we explored a fun, eight minute piece called Javelin by contemporary American composer, Michael Torke.  I asked you to pay attention to the rich orchestral colors in the music.

Now go back and listen a few more times to pick up some new details.  Do you hear bright, shimmering colors?  Do you feel swept along by the music’s motion?  Maybe the leaps and falls of the woodwind and string lines suggest flowing, rippling water or crashing waves?  In the comment thread, one listener heard “a fast moving movie,” constant surprises, and allusions to the music of John Williams (who also wrote music for the Olympics).

In this piece (and other music of Torke) fleeting, momentary cartoon-like references to John Williams, Beethoven, Ravel and other music pop up and then disappear back into a great musical melting pot.  These moments function as musical signifiers.

In his program notes, here is what Michael Torke wrote about the piece:

“I had three goals in mind when I began this piece for the Atlanta Symphony’s anniversary: I wanted to use the orchestra as a virtuosic instrument, I wanted to use triads (three-note tonal chords), and I wanted the music to be thematic. I knew I would welcome swifter changes of mood than what is found in my earlier music. What came out (somewhat unexpectantly) was a sense of valor among short flashes and sweeps that remined me of something in flight: a light spear thrown, perhaps, but not in the sense of a weapon, more in the spirit of a competition. When the word javelin suddenly suggested itself, I couldn’t help but recall the 1970s model of sports car my Dad owned, identified by that name, but I concluded, why not? Even that association isn’t so far off from the general feeling of the piece. Its fast tempo calls for 591 measures to evoke the generally uplifting, sometimes courageous, yet playful spirit.”

This music opens Wagner’s opera, Lohengrin.  One of the most influential composers of the Romantic period, Wagner was innovative in the way he used (and enlarged) the orchestra.

The Prelude grows out of (and at the end returns to) a single A Major chord.  Listen to the way the chord changes in color as sections of the orchestra (strings, woodwinds, and brass) merge in and out, like a musical kaleidoscope.  In these moments, it is the pure sound you want to enjoy.

As the music unfolds, what kind of motion do you sense?  How is it similar or different to Torke’s Javelin? Pay attention to the instruments in the opening of the piece.  Do you hear mostly high or low pitches?  As the music progresses, do you notice any gradual change?  Is there a large-scale shape unfolding in the music?  If there is, how is Wagner achieving this?