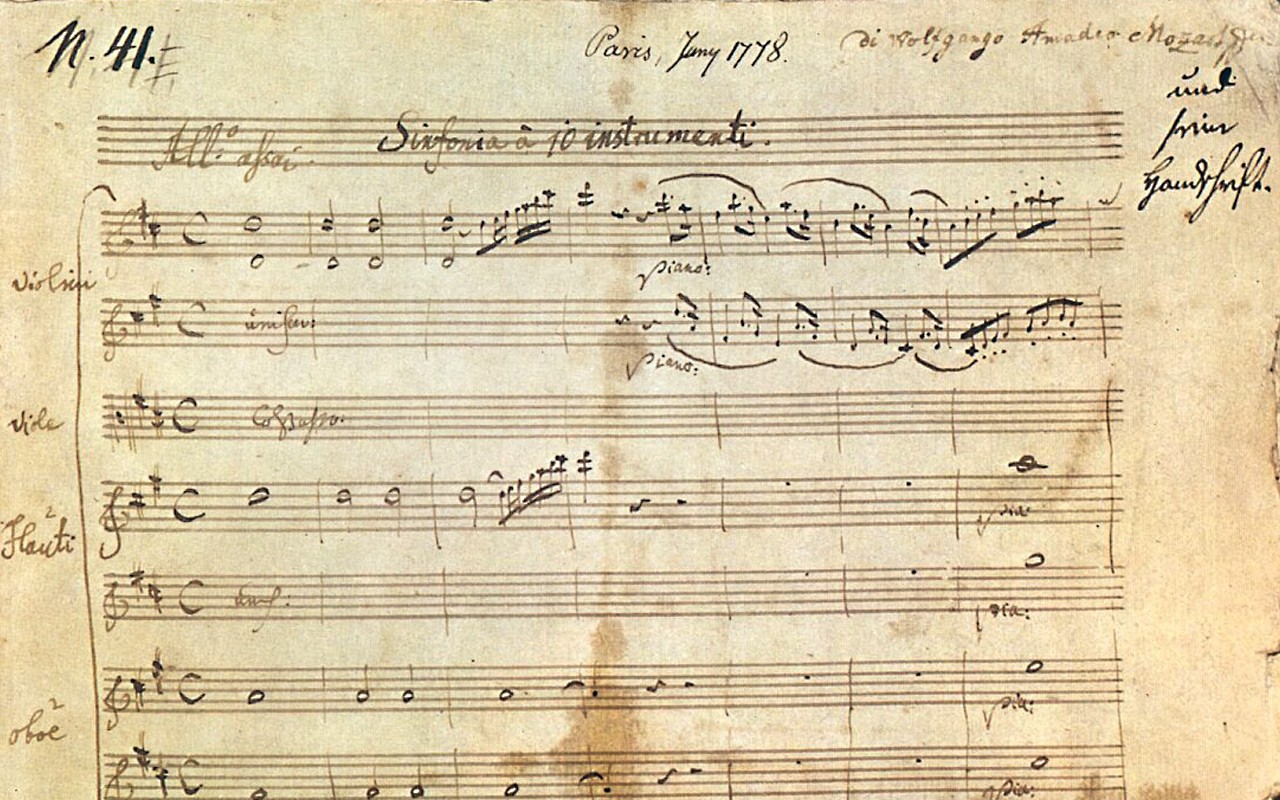 The final movement of Mozart’s final symphony ends with a bang…a joyfully exhilarating explosion of counterpoint. Like a roller coaster ride, this last movement often feels enticingly dangerous, as if it’s on the verge of spinning out of control. Somehow, it always ends up staying on the track. By the end of the coda, Mozart has simultaneously combined five independent musical themes from the movement, creating a stunning musical fireworks display.

Mozart’s last three symphonies (39, 40 and 41) were written, back to back, in the summer of 1788. John Adams observed that many composers seem to drift towards increasingly contrapuntal writing in their final years. Beyond Mozart, Beethoven, Schubert and Mahler are prime examples. Counterpoint refers to multiple independent musical voices occurring at the same time.

Let’s listen to Mozart’s Symphony No. 41 in C major K. 551, nicknamed the “Jupiter”, starting with the first movement. You can hear the influence of opera in the musical dialogues which run throughout the symphony. The movement opens with a conversation between two seemingly contrasting characters. Later, in the second theme, more conversation occurs between the violins and cellos (2:31). The silent pauses, where the music suddenly stops, seem as important as the notes. At 3:50, following one of these pauses, a direct quote of Mozart’s earlier aria, Un bacio di mano K. 541 pops up unexpectedly.

The second movement is a French Sarabande, a dance form which J.S. Bach used in the solo violin, cello and keyboard suites. Try closing your eyes as you listen. Beyond the calm beauty of the opening, do you hear a hint of darkness, tragedy and tumult in the music?

The Austrian Landler third movement is fun because of its sense of motion and flow. The Nikolaus Harnoncourt recording, below, demonstrates the extent to which style comes out of rhythm and tempo. Rhythmic “feel” and expression are closely connected.

The final movement is built on four notes (C, D, F, E) which have ancient roots in plainchant (listen to Josquin’s Missa Pange lingua). Mozart used this motive in at least two of his symphonies (1 and 33) and in his Missa brevis No. 3. Here, the motive develops into some of the most complex counterpoint and fugal writing ever imagined. In the coda, beginning in 41:16, listen for all five motives occurring simultaneously…a true explosion of counterpoint.

3 thoughts on “Mozart’s “Jupiter” Symphony: An Explosion of Counterpoint”