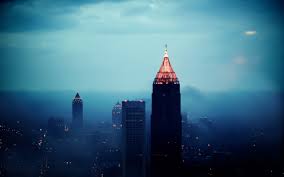 You could almost hear the classical music world’s collective groan on Sunday as the Atlanta Symphony became the latest orchestra to impose a lockout on its musicians. The lockout went into effect after both sides were unable to agree to a contract by an 11:59 Saturday deadline. This follows last year’s fifteen month long Minnesota Orchestra lockout, which resulted in the departure of the music director, executive director and numerous musicians.

At Adaptistration, Drew McManus provides excellent analysis of the situation, as well as some of the background:

In 2012, the Atlanta Symphony Orchestra (ASO) musicians were locked out after refusing to accept sharply concessionary terms. Approximately one month later, the musicians ostensibly caved and agreed to large reductions in wages, number of musicians employed, and a decline in weeks from 52 to 41. Two years later, that agreement has expired and the musicians have refused to accept an agreement that is, yet again, filled with additional concessionary terms even though the orchestra’s parent organization, Woodruff Arts Center (WAC), surpassed their most recent annual fundraising campaign and the ASO has trumpeted fundraising success to the tune of $5.5 million in corporate and anonymous donations since 2012.

Last week a leaked e mail, jointly written by Atlanta Symphony Music Director Robert Spano and Principal Guest Conductor Donald Runnicles, warned that the organization’s world-class artistic standing is in jeopardy. A tradition which took many years to build can be destroyed quickly. Leadership in past generations did not build the current great orchestra with a visionless, “bean counting” approach.

It’s easy to see the Atlanta situation in a broader context of fading local power and investment and the rise of a faceless globalism which guts communities and promotes private rather than public good…a world of consumers rather than citizens. Where is the equivalent of George Eastman in our current order? Atlanta, an “alpha-world city“, boasts the fourth largest concentration of Fortune 500 headquarters in the country. It is wealthy beyond measure. It will be incumbent upon the citizens of the Atlanta area to take ownership of their orchestra and demand that its proud tradition continues.

In 1967 Robert Shaw, founder of the lauded Robert Shaw Chorale, became music director of the Atlanta Symphony. His many recordings include the Faure and Durufle Requiems and Stravinsky’s Symphony of Psalms. Here he leads the orchestra and the Atlanta Symphony Chorus in an excerpt of Ralph Vaughan Williams’ Dona Nobis Pacem. Here is Brahms’ Schicksalslied, Op. 54 (Song of Destiny):

In the 1990s music director Yoel Levi made many excellent recordings with the Atlanta Symphony. Here is Samuel Barber’s Essay for Orchestra, No. 2, Op.17:

1 thought on “The Atlanta Symphony: A Tradition in Jeopardy”