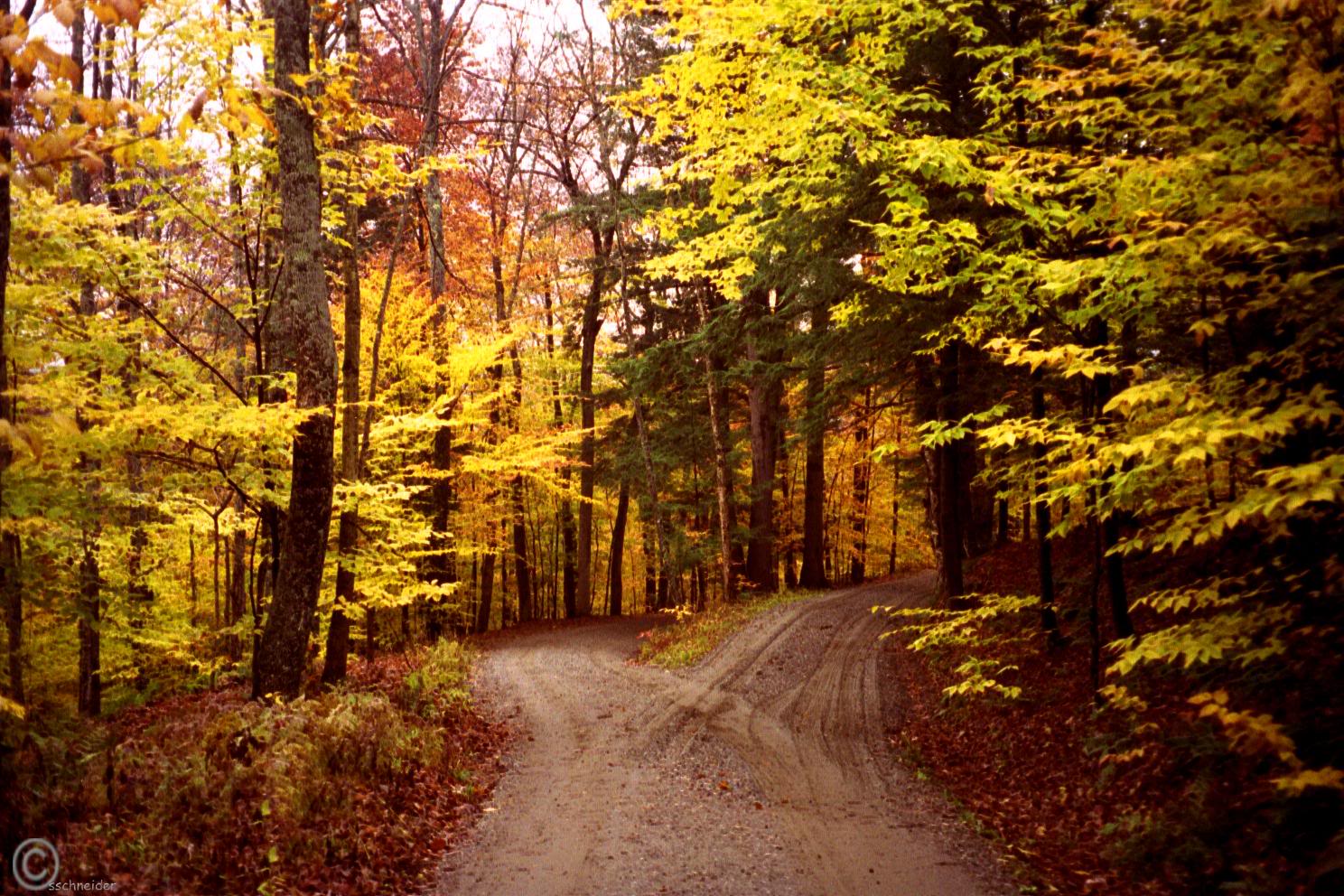 The past and the present collide in Stephen Sondheim’s Follies. The 1971 Broadway musical centers around the final reunion of former chorus dancers of “Weismann’s Follies,” a fictitious revue suggesting the real-life Ziegfeld’s Follies. The two aging couples, Buddy and Sally and Benjamin and Phyllis, have returned to reminisce before the crumbling, old theater in which the Follies once played is demolished. Amid disappointment and unhappy marriages, a sense of lament pervades the story. The ghosts of their younger selves, played by separate actors, occupy the stage around them. Follies is a show about memory, the passage of time, regret, and the fleeting optimism of youth.

The Road You Didn’t Take examines the philosophy expressed in Robert Frost’s famous poem, The Road Not Taken, from a different angle. In Sondheim’s song, Ben brushes aside thoughts of what might have been (“You take one road, You try one door. There isn’t time for anymore. One’s life consists of either/or”):

But listen carefully and you might sense irony lurking under the surface. As Sondheim explains,

It is a man saying, “oh, I never look back on the past, it just wouldn’t be worth it.” And he’s doing it to con himself as well as the lady he’s with [Sally, whom he has not seen in years]. In point of fact, he’s ripped to shreds by the past.

The stabbing “wrong” notes and the restless Steve Reich-like vamp, which leaves little time for true reflection, offer clues to Ben’s unsuccessful self delusion. The Road You Didn’t Take is full of sudden, unexpected key changes and wide melodic leaps. Rather than contemplating a new direction, we suddenly find ourselves thrust onto a new road. Harmonically, the song occasionally hints at the hazy, impressionist language of Ravel (0:15).

Another Follies song which is filled with irony and self-delusion is In Buddy’s Eyes. Sally describes the love she and Buddy feel for one another. Meanwhile, their marriage is disintegrating.

The previous example was sung by George Hearn. This one features Barbara Cook:

1 thought on “The Road Not Taken”