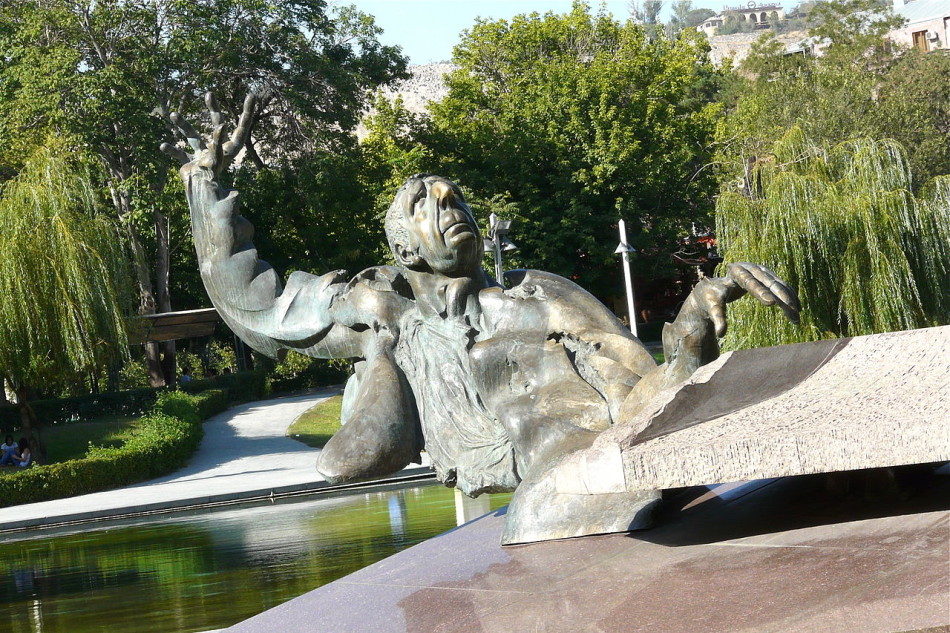 We started the week with the Armenian folk-inspired sounds of the Khachaturian Violin Concerto. Now, let’s hear music of another, less well known twentieth century Armenian composer, Arno Babajanyan (1921-1983). Babajanyan was one of the Soviet Union’s premier pianists. His compositions range from a Cello Concerto written for Mstislav Rostropovich to popular songs and film scores. His music contains echoes of Armenian folk songs, as well as the sounds of his contemporaries: Khachaturian, Rachmaninov, Shostakovich, and Prokofiev.

Here is the achingly beautiful second movement of Babajanyan’s Piano Trio in F-Sharp minor (1952), performed by the Potch Trio. An extended, searching melody of lament rises from a sombre drumbeat in the piano. The timelessness of these opening piano chords vaguely suggests the numb final movement of Olivier Messiaen’s Quartet for the End of Time. Following the violin’s opening statement, the cello enters and an increasingly passionate conversation unfolds. But then there is that moment near the end of the movement when we suddenly return to the quiet, sensuous melancholy of the opening.

Here is the entire piece performed by Trio Aeternus.