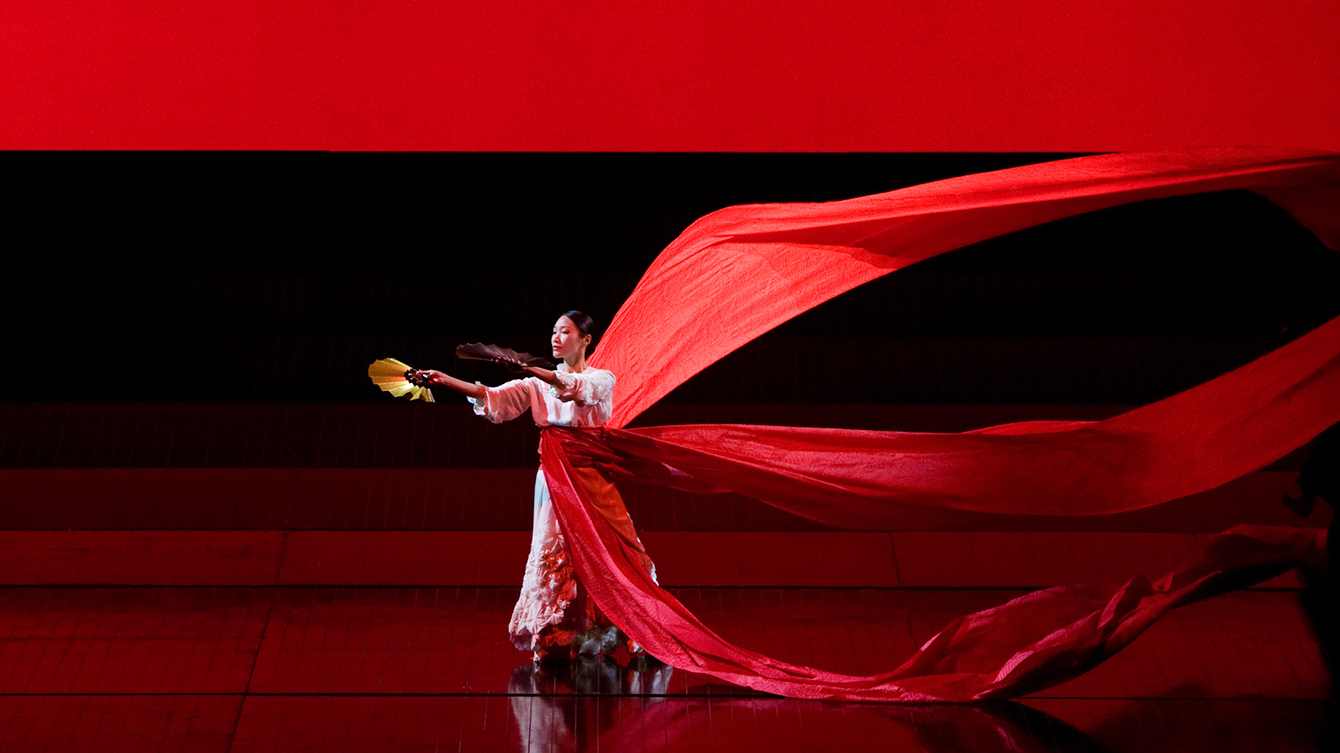 Opera is full of deranged mothers. Consider The Queen of the Night from Mozart’s The Magic Flute. In this fiery aria (one of the most famous, and virtuosic in all of opera) she pays a terrifying visit to her daughter, Pamina. The vengeful Queen of the Night gives Pamina a dagger and vows to disown her if she fails to assassinate Sarastro. Or consider Bellini’s Norma who contemplates murdering her two children in their sleep rather than allowing them to fall into the hands of an advancing Roman army. In the end, she can’t bring herself to do it. But then there’s Luigi Cherubini’s Medea who does kill her two children. Of course, all of this leads to gripping drama (and dramatic music), which is the stuff of opera.

But let’s set aside all of these insane and villainous characters and focus on one of opera’s most tragic mothers- Puccini’s Madama Butterfly. Puccini’s opera, written and set in 1904, offers a subtle indictment of the hubris of Western imperialism amid a clash of cultures. As the curtain rises, Pinkerton, a U.S. naval officer, has rented a house on a hill overlooking Nagasaki harbor in Japan. He is wedding a 15-year-old Japanese girl, Ciocio-san. In Japanese, her name translates to “Butterfly.” Butterfly is so excited to marry an American that she has secretly converted to Christianity, against the wishes of her relatives. For Pinkerton, it’s purely a marriage of convenience. He intends to leave her as soon as he finds a suitable American wife. As Act II opens, three years have passed. Pinkerton, who left shortly after the wedding, has not returned. But Butterfly waits, convinced that he will eventually come back to her. She reveals that she gave birth to Pinkerton’s son shortly after he left. In Act III, Pinkerton returns with his new American wife, who has agreed to raise the child. In the final moments before the curtain falls, Butterfly prays to her ancestral gods and says goodbye to her son. She blindfolds him and places a small American flag in his hand. Then she goes behind a screen and cuts her throat with her father’s hara-kiri knife. A horrified Pinkerton rushes in as she dies.

Perhaps the most famous aria in Madama Butterfly is Un bel dì (“One beautiful day”) from Act II. Butterfly imagines the “beautiful day” she will see a puff of smoke on the horizon and Pinkerton’s ship appearing in the harbor:

Puccini’s music is filled with heart-wrenching irony: the joyful innocence of Butterfly mixed with the darkness and foreboding we know is just around the corner. It’s easy to sense this in Vogliatemi bene, the love duet which closes the first act. The high, sparkling sounds in the bells and woodwinds at the climax of the duet seem to evoke Butterfly’s innocent love. (We hear similarly giddy music in the Act II Intermezzo). Perhaps the duet’s less-than-resolved final chord foreshadows trouble ahead.

Another one of these chilling moments is the almost numb offstage Humming Chorus at the end of Act II. Pinkerton’s ship has returned and Butterfly eagerly waits with her child and Suzuki, her maid. In the Humming Chorus, we hear the distant sounds of the night. The end of the second act fades into the opening of the third without interruption, as darkness gives way to dawn. Listen to the way the music makes this transition, evoking both innocence and melancholy:

In the final moments of Act III, as Pinkerton’s voice is heard, the trombones give us a terrifying and twisted echo of a passage from Butterfly’s earlier aria, Un bel dì. But it’s the last chord of Madama Butterfly which seems to be the most terrifying detail of all. This is a messy drama which cannot be neatly resolved. Puccini leaves us with a frighteningly unresolved final chord (a B minor chord with an added G) which rings in our ears long after the curtain has fallen:

Now, here is the complete final scene from a 1974 production with Mirella Freni, conducted by Herbert von Karajan. I love the way the color subtly changes with the addition of the harp around 1:42: