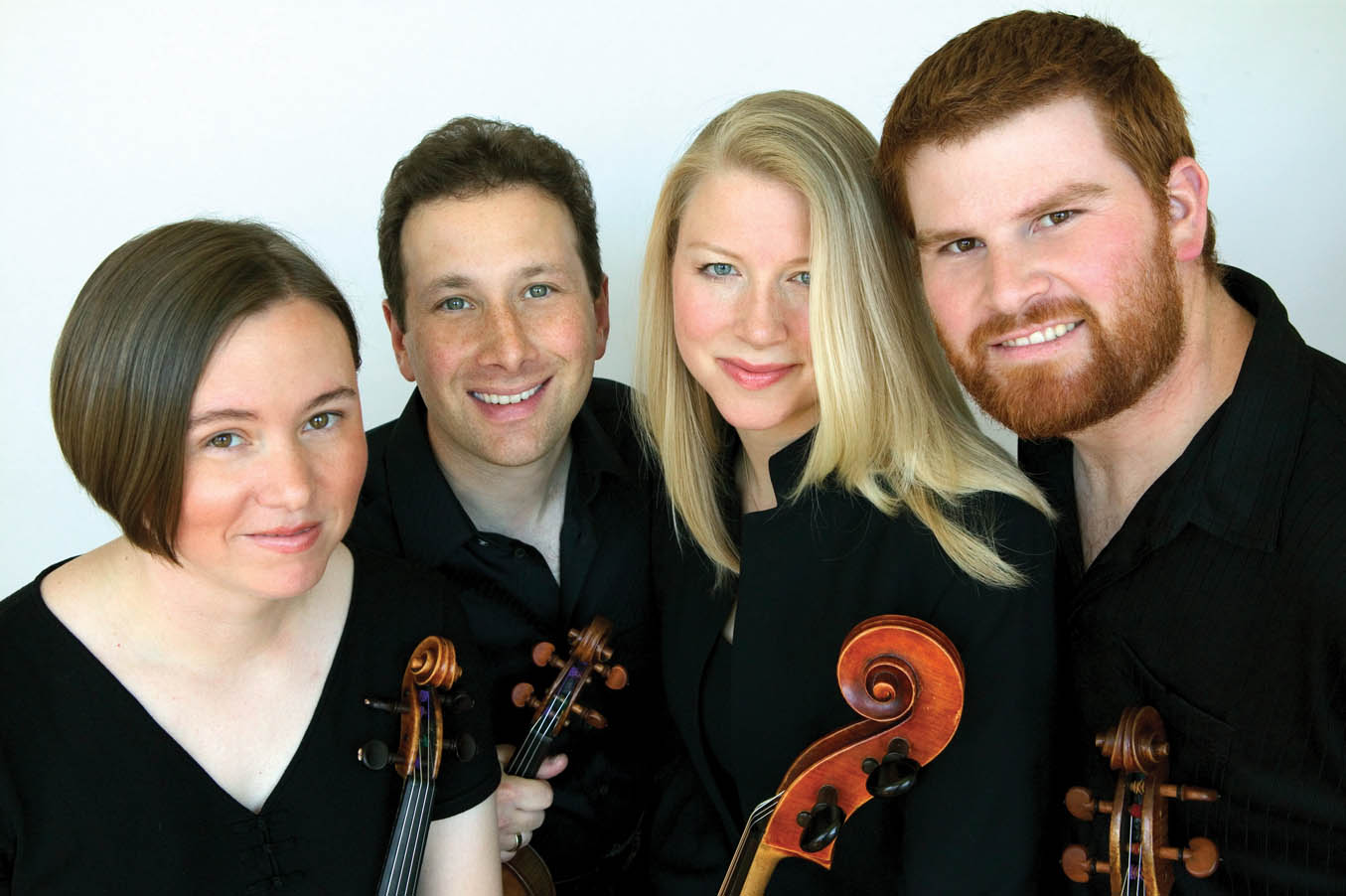 After 20 years, the San Francisco-based Cypress String Quartet disbanded earlier this summer. The group’s legacy includes 30 newly commissioned works by composers such as George Tsontakis, Jennifer Higdon, and Kevin Puts and 17 recordings. In terms of its discography, the Cypress’ crowning achievement came in May with the release of the complete Beethoven string quartets. A detailed exploration of the Beethoven quartets was one of the Cypress’ central objectives from day one.

Beethoven’s string quartets are divided into three periods. The six early quartets (Op. 18), written between 1798 and 1800, show the influence of Mozart and Haydn. At the same time, a bold new voice is breaking through, restlessly pushing forward, and building on the legacy of both earlier composers. The middle quartets (Op. 59, 74, and 95) mirror the drama of Beethoven’s symphonies. These works leave behind the “divertimento” background music of the classical string quartet and demand that you listen. An 1807 review offered this description: “Three new, very long and difficult Beethoven string quartets … are attracting the attention of all connoisseurs. The conception is profound and the construction excellent, but they are not easily comprehended.” The late quartets (Op. 127-132) venture into territory so strange and new that they seem to anticipate the twentieth century. They are the music of revelation. They were indecipherable to the audiences of the time, prompting one musician to say, “we know there is something there, but we do not know what it is.”

The Cypress String Quartet’s second violinist, Tom Stone recently described all of the influences swirling around the Beethoven String Quartets:

I would suggest that it isn’t Beethoven’s personality that we hear, but something much bigger, more mysterious, and more cosmic. Beyond Beethoven’s great skill as a composer, this music ultimately comes from somewhere else. Even in the early Op. 18 quartets, we hear music which is unprecedented. For example, listen to the final movement (La Malinconia. Adagio – Allegretto quasi Allegro) of String Quartet No. 6 in B-Flat Major, Op. 18. In the long opening Adagio marked “melancholy,” there are already glimpses of what is to come in the late quartets. The “long, short, short” rhythm seems to anticipate the mighty adagio of the Seventh Symphony. From the consonant opening chord, listen to the way the music goes increasingly deeper into dark, conflicted harmonic territory. The German country dance which follows couldn’t be a greater contrast. But listen for the moment when the merriment grinds to a halt and all of the angst, mystery, and uncertainty of the opening returns, briefly.

Here are the First, Second and Third movements of Op. 18, No. 6. “Scherzo” translates as “joke.” In the Scherzo third movement of this quartet you’ll hear musical jokes and cat and mouse games in the off-balance rhythm between instruments. One commentator has called this movement “an explosion of rhythmic eccentricity.”

In this recent interview, the members of the Cypress String Quartet talk about their recordings of the Beethoven Quartets with Richmond Public Radio’s Mike Goldberg.