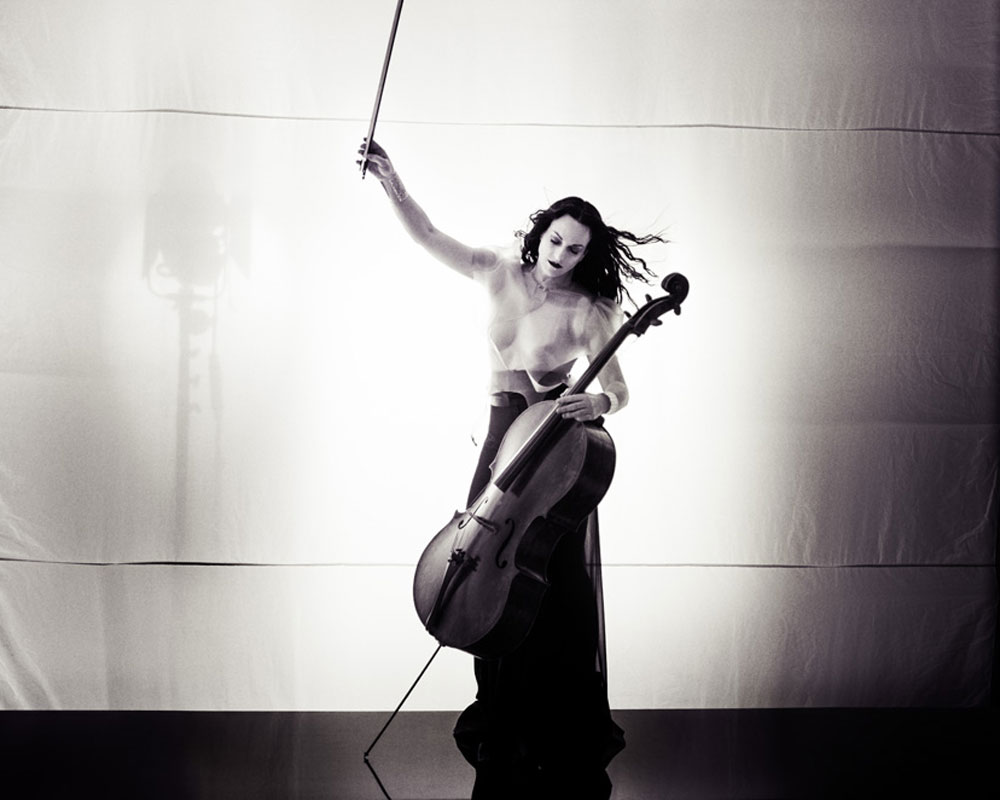 The sounds of the twenty-first century are largely electronic and computer processed. In this environment, a recording can become a work of art in its own right, not just a feeble attempt to recreate a live concert experience. I was reminded of this over the past few days as I sampled cellist Maya Beiser’s newly-released album, TranceClassical. Beiser, an Israeli-born American (her mother is French and her father is Argentine) who graduated from Yale School of Music, has been called “the queen of contemporary cello.” She has been heard on several prominent film soundtracks and this TED talk.

Beiser’s newest album, on the independent, Minnesota-based Innova label, begins with the music of J.S. Bach (the Air on the G String from Orchestral Suite No. 3 in D Major) and ends with O Virtus Sapientae by the twelfth century mystic, Hildegard von Bingen. In between are newly-written works by Michael Gordon, Glenn Kotche, Julia Wolfe, and Mohammed Fairouz. There are also excursions into the world of rock: David Lang’s arrangement of Lou Reed’s Heroin, an arrangement of English singer-songwriter Imogen Heap’s Hide and Seek, and David T. Little’s Hellhound. Maya Beiser describes the album this way:

TranceClassical started from a washed-out still photo in my mind…Me, as a little girl curled with a blanket on her parents’ sofa, hearing Bach for the first time, hanging onto every mysterious note coming out of the scratchy LP. TranceClassical is the arc my mind sketches between everything I create and Bach—David Lang and Bach, Glenn Kotche and Bach, Michael Gordon and Bach.

The opening of Michael Gordon’s All Vows also seems to hint at solo Bach. But this is like hearing Bach in a dream. The cello voice wanders through a harmonic haze, drifting from one key area to another without ever settling down.