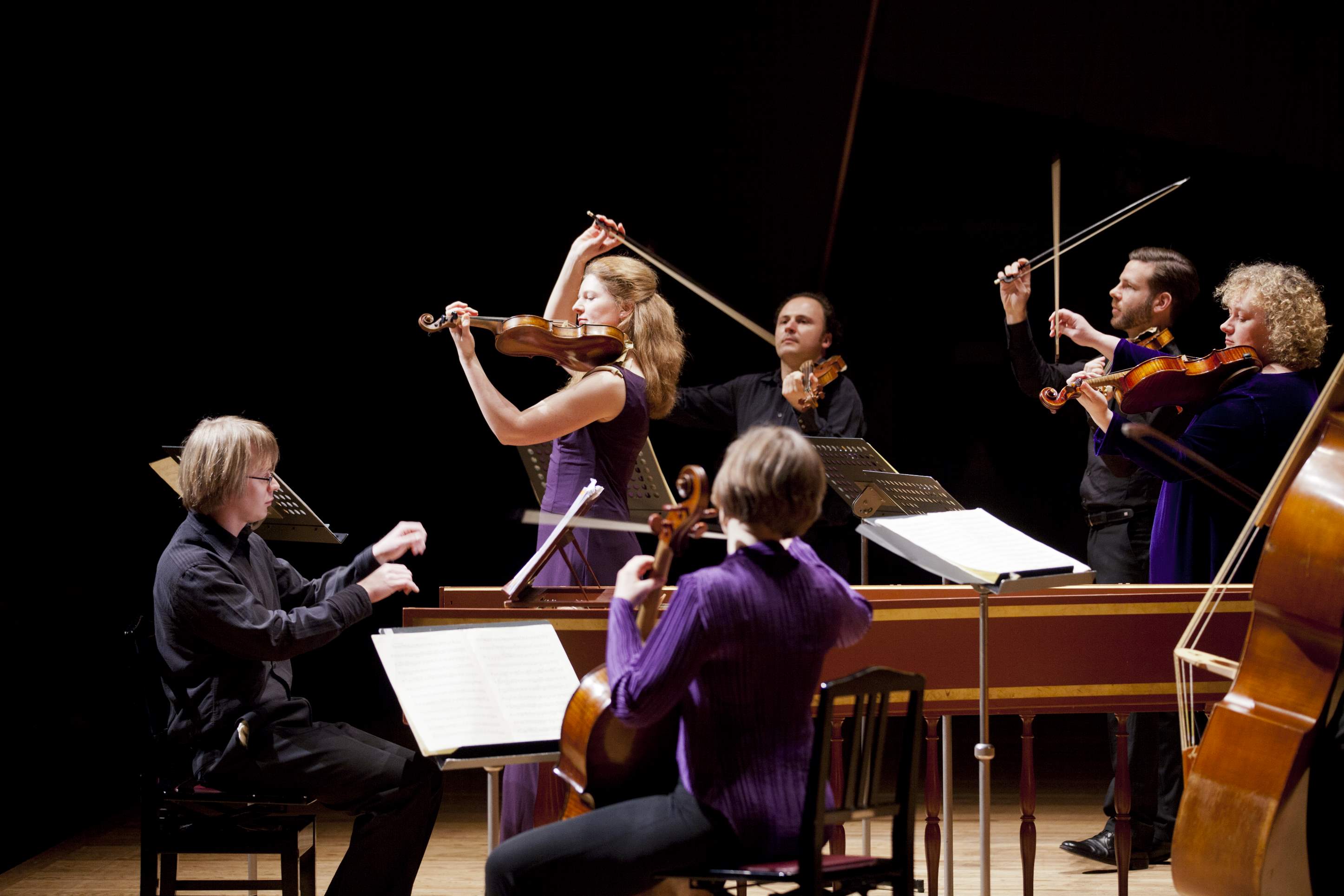 Last week, English violinist, conductor, and Baroque specialist Rachel Podger released a recording of J.S. Bach’s The Art of Fugue with members of Brecon Baroque, the dynamic ensemble she founded in 2007. You can hear an excerpt from the recording here. This is the latest in a series of acclaimed Bach recordings Podger has made on the Channel Classics label.

The Art of Fugue was Bach’s monumental final work. The fourteen fugues and four canons grow out of a single subject in D minor, blossoming in complexity. German musicologist Christoph Wolff has described the work as, “an exploration, in depth, of the contrapuntal possibilities inherent in a single musical subject.” A sense of endless creative freedom emerges out of the rational logic of this music. This freedom extends to the instrumentation, which Bach never specified. With the ultimate versatility, The Art of Fugue translates equally well from keyboard to string quartet– even to saxophone quartet. Then there’s the mystery of the unfinished final fugue which trails off, abruptly, in mid-sentence. Did Bach’s death prevent its completion? Was the final page of the manuscript lost? In Bach’s time, improvising a fugue was partially sport. Dueling keyboardists frequently handed off an unfinished line to their musical competitor. Recently, it has been suggested that Bach purposely left the final fugue unfinished as a challenge to posterity. Perhaps it was a way of saying that the musical development of this single subject could never be finished amid endless possibilities.

Rachel Podger and Voices of Music

Here are two short excerpts from Rachel Podger’s appearance with the San Francisco-based early music ensemble, Voices of Music. The performances took place this past June at the Berkeley Early Music Festival. First, is the second movement (Largo ma non tanto) of Bach’s Concerto for Two Violins in D minor. Podger is joined by violinist Elizabeth Blumenstock. I love the feeling of rhythmic heartbeat which propels the music, the occasional ornaments, and the soulful sense of conversation between voices:

And here is another musical conversation: the opening sonata from the church Cantata, “Himmelskönig, sei willkommen” BWV 182. It was written for Palm Sunday, 1714 in Weimar. The stately, dotted French Overture rhythm evokes the triumphant arrival of a king: