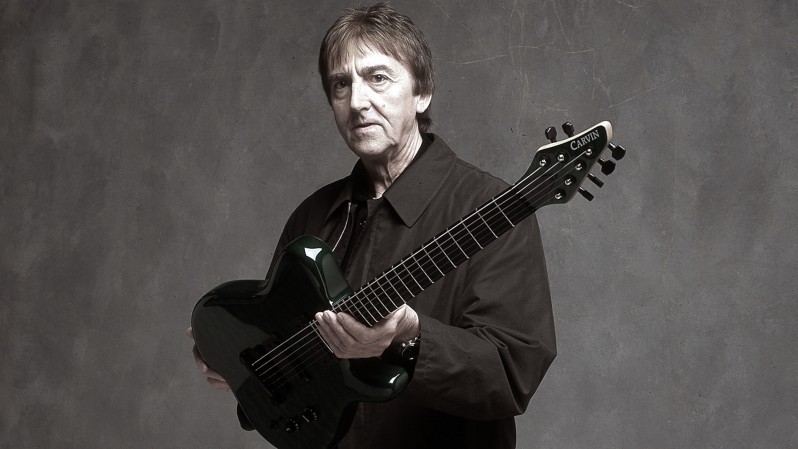 Allan Holdsworth, the legendary British-born jazz fusion guitarist, passed away earlier this month. He was 70.

Holdsworths’ stunning virtuosity and harmonic innovations influenced rock guitarists such as Eddie Van Halen. He was called “the John Coltrane of the guitar.” In 1983, the New York Times’ Jon Pareles wrote:

He pours out notes in a liquid rush without slurring a single one. His sense of harmony reveals itself in daring melodic extrapolations and in chords that are complex and impressionistic yet as transparent as folk music.

As a child, Holdsworth was drawn to the sound of the saxophone, especially the recordings of Coltrane. At 17, he taught himself to play an acoustic guitar, the only instrument available at the time. His approach to the guitar was shaped by the singing quality of sound he heard in wind instruments. In his recent, eloquent tribute, conductor Kenneth Woods writes,

Here is a live performance of the harmonically restless White Line, the final track on Holdsworth’s 1982 album, I.O.U.:

Holdsworth’s tenth studio album, The Sixteen Men of Tain, released in March of 2000, veers away from rock in favor of a mellow, ambient jazz:

Here is a 1974 live concert clip from Holdsworth’s days with the band Soft Machine: