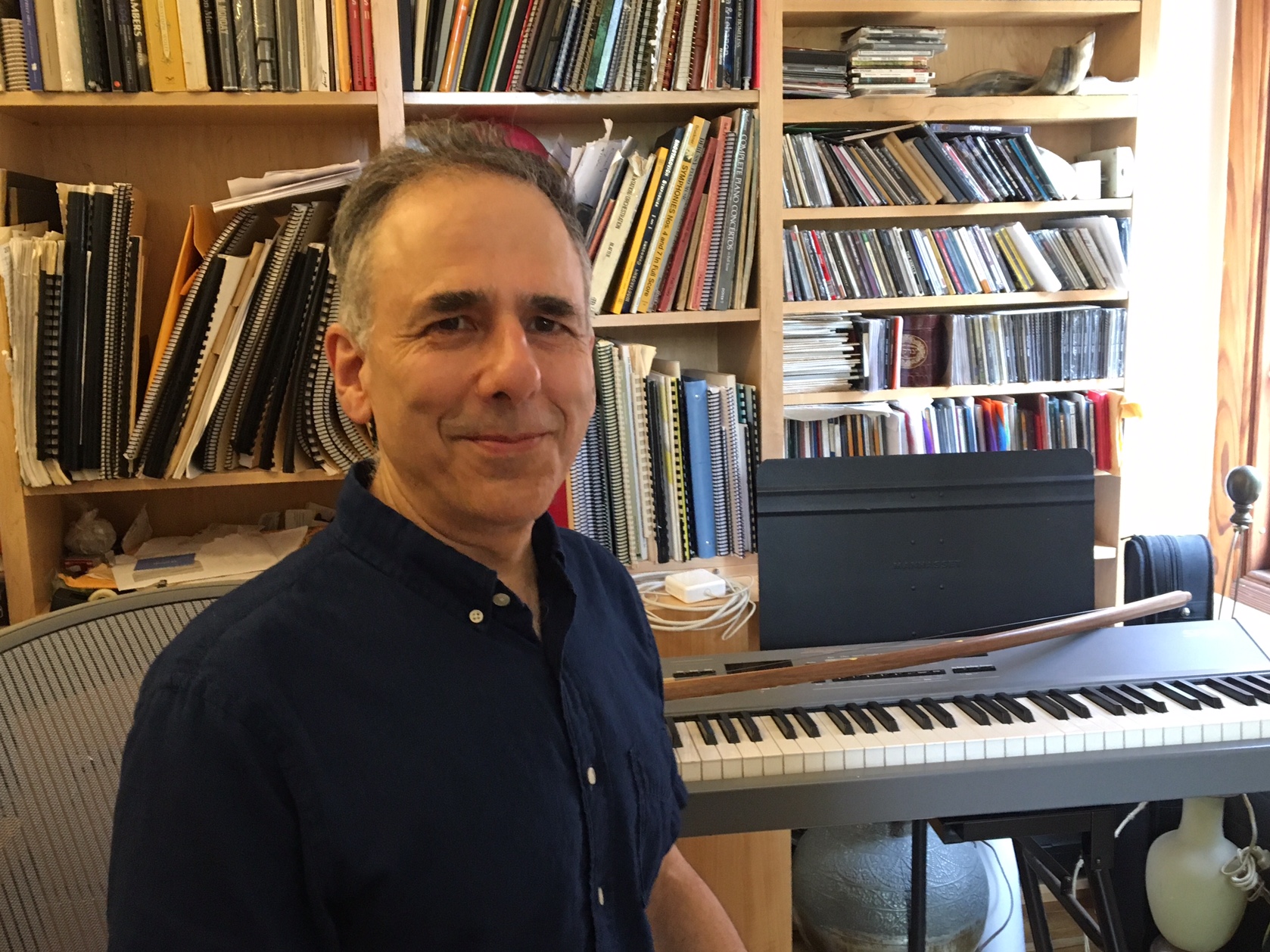 On Wednesday, we considered the way three minimalist works bend, stretch, and augment our perception of speed and time. Now, let’s listen to one more gradually unfolding piece of musical minimalism- an excerpt from American composer Michael Gordon’s 1995 Trance.

A single melodic line, played by a number of antiphonal voices, begins to break into twos and threes giving us a sense of sonic “blur.” I love the brash, defiant rock-inspired soundscape of this music and the way the rhythmic feel shifts in exhilarating and complex ways (especially around the 4:25 mark).

Here are the composer’s program notes:

Trance began after a dream I had in July 1994 while I was in residence at the Djerassi Foundation just south of San Francisco. In the dream I brought my music to an older composer for his comments. The composer was a combination of Gyorgy Ligeti, Louis Andriessen and my own teacher Martin Bresnick. The older composer looked through my scores, one by one, and I could hear in my head the music that he heard in his head as he looked at my compositions. It all sounded like Mozart. After each score the composer shook his head in a discouraging way. Finally he turned to me and said, “You need to work with large forces.” I woke up startled.

That day I received a message from Andrew Cornall, Executive Producer at Argo/Decca Records, who asked me to write a CD-length piece for the London-based ensemble Icebreaker, to be recorded on the Argo label. I had already written Yo Shakespeare for Icebreaker, and I was excited to write another piece for this great group. I started work on Trance. Thinking about my dream, I decided to add eight brass players to the core group of 14 musicians. In addition, two sections of the piece, “Trance Drone” and “Trance 5,” include electronically made audio playback.

The rehearsal process with Icebreaker allowed experimentation with rhythmic figures that were beyond the scope of rhythm as known in Western music. These rhythms were complicated yet could be understood as a groove or feel. The openness and flexibility of Icebreaker allowed me to imagine music with a strong rhythmic pulse, written down, with no one playing on the beat. I imagined several interlocking units going on simultaneously –– like the different thoughts in one’s head that go on at once, or, in this case, like being able to hear different kinds of music in one’s head at the same time.