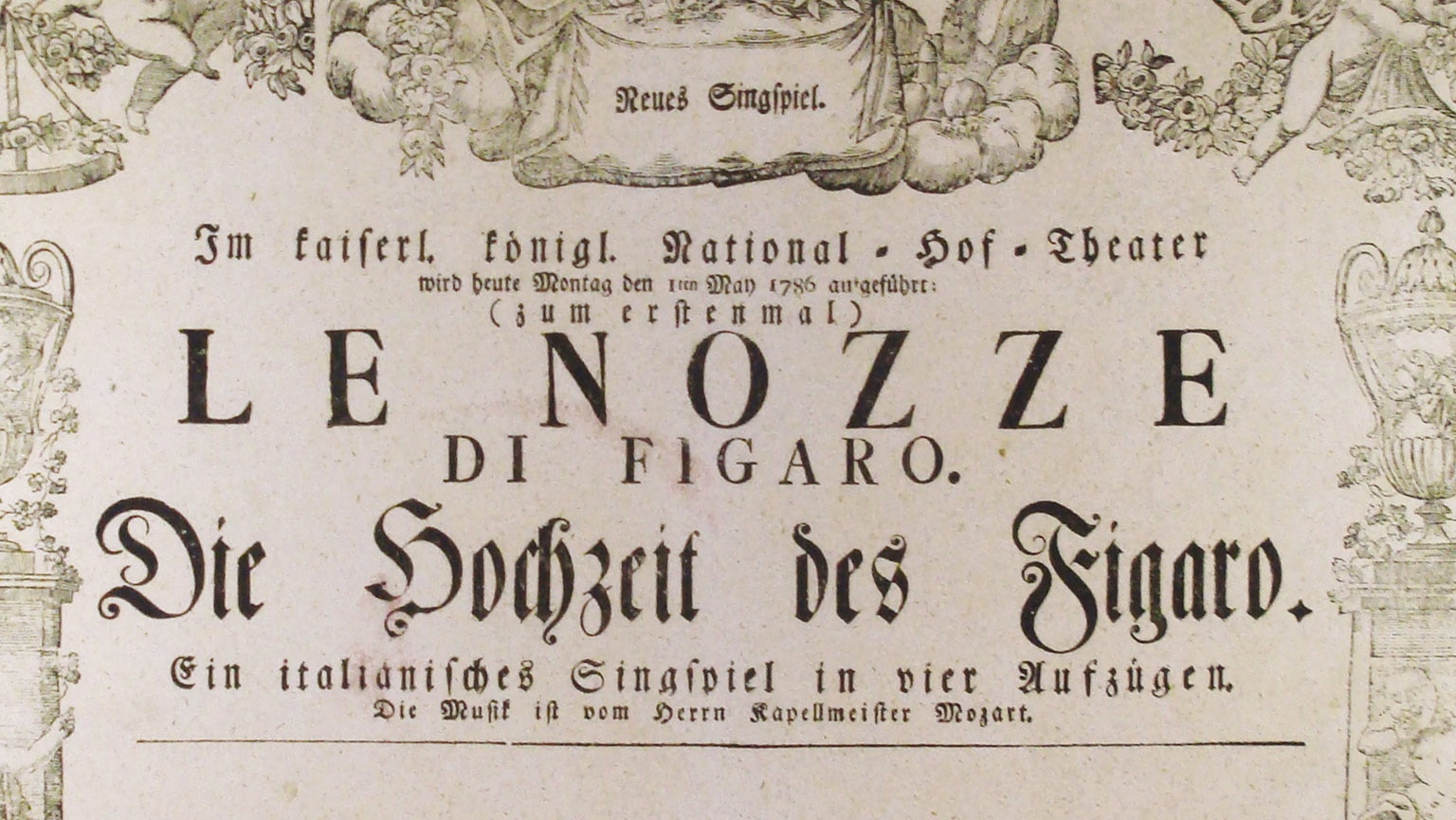 In the aria “Non più andrai, farfallone amoroso” (“You shall frolic no more”), from the first act of Mozart’s The Marriage of Figaro, Figaro teases Cherubino about the abrupt end of his carefree, flirtatious life at the palace. The Count is concerned that Cherubino has developed a fondness for the Countess and has banished him to distant military service. One of the most memorable passages in this jovial aria is this ascending arpeggio motive. It’s a slightly swaggering gesture which captures, perfectly, the fun that Figaro is having at Cherubino’s expense. The contours of this line are fun in a visceral sense, suggesting a playful upward sweep.

Interestingly, almost exactly the same musical line shows up in the first movement of Mozart’s Piano Trio in C, K.548, written three years after Figaro in the summer of 1788. Of course, this kind of broken arpeggio occurs in other pieces. In the opening of Beethoven’s First Violin Sonata, it becomes a bold, attention-grabbing announcement. In John Adams’ opera, Nixon in China, it becomes a comic allusion to the text painting of Baroque opera. But it’s hard not to hear the spirit of Figaro emerging in Mozart’s Trio. The conversations between characters in the opera are transformed into conversations between instruments in an unfolding drama which is different, and yet in some ways the same.

The Trio’s second movement, Andante cantabile, is a serenely beautiful lament. The final movement is a vivacious hunting song in 6/8 time.