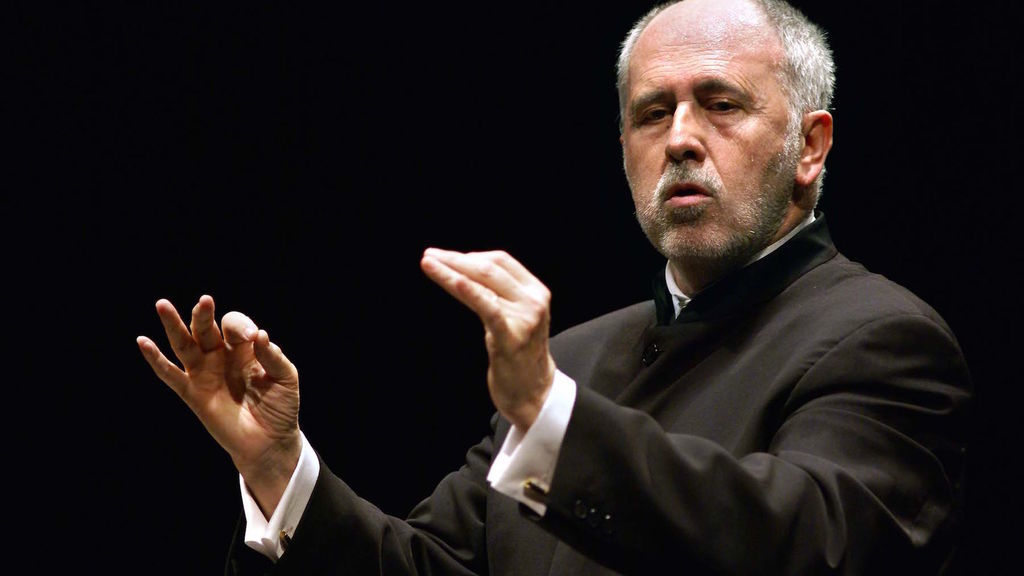 The eminent Spanish conductor, Jesús López Cobos, passed away in Berlin last Friday. He was 78.

López Cobos served as music director of the Cincinnati Symphony Orchestra from 1986 to 2001. As a teenager, I listened to a handful of his numerous recordings with the ensemble on the Telarc label. His Bruckner albums (Symphonies 4, 6, 7, 8, and 9) were especially notable. During his tenure in Cincinnati, the orchestra (the fifth oldest in the United States) toured extensively, including performances in Taiwan and Japan, an appearance at Vienna’s Musikverein, and fourteen Carnegie Hall programs. López Cobos’ other prominent music director posts include the Deutsche Oper Berlin (1981-90), Teatro Real in Madrid (2003-10), Lausanne Chamber Orchestra (1991-2000), and the Spanish National Orchestra (1984-89). In the 1980s, he served as principal guest conductor with the London Philharmonic Orchestra.

In a recent remembrance, the conductor Kenneth Woods, who served as an assistant under López Cobos in Cincinnati, described him as “a time traveler from a more civilised era.” Conductor John Morris Russell said,

He lived his art. He never forgot how an orchestra was made up of individuals, and loved and respected each for their contribution to the whole.

A quietly ominous introduction explodes, suddenly, into something both ferocious and exhilarating. Here is a 2015 live concert performance of Beethoven’s Fourth Symphony with the Orquesta Sinfónica de Galicia:

Here is an excerpt from one of those great Bruckner recordings I mentioned, above, with the Cincinnati Symphony: the majestic, lamenting second movement of Bruckner’s Seventh Symphony. At the climax, López Cobos omits the cymbal crash heard in some editions, restoring Bruckner’s original intent and preserving a broad, organ-like sound.

We’ll finish with a glittering splash of orchestral color. Maurice Ravel’s Alborada del gracioso, originally the fourth movement of the 1905 solo piano suite, Miroirs, translates as, “Morning Song of the Jester.” It’s a depiction of the house jester from Spanish comedies- a naive, cheerfully lovable buffoon along the lines of Don Quixote or Shakespeare’s Fool. This music, performed by the Cincinnati Symphony, is filled with the sunny sounds and rhythms of López Cobos’ native Spain.