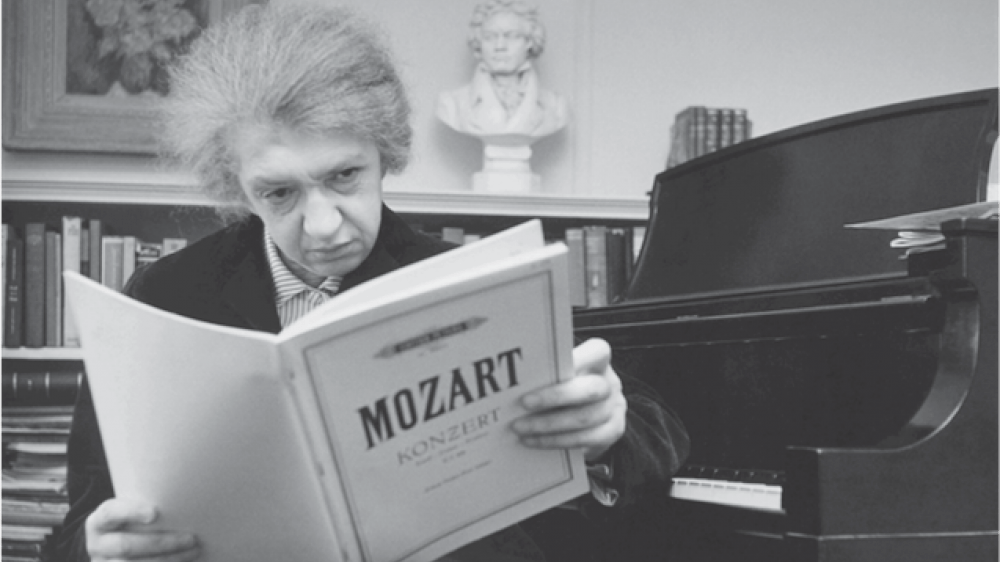 As Clara sat down “the music materialized as if from nowhere. Her arm seemed to glide over the keyboard without preparation, just as a flat stone skims across the water. This was so typical of her playing; nothing seemed to start or end, and everything became timeless.”

This is how the late German pianist, composer, and teacher Peter Feuchtwanger described the musicianship of Clara Haskil (1895-1960). The legendary Romanian-born pianist is remembered as one of the greatest interpreters of Mozart. Listening to the recordings below, you aren’t aware of pianistic technique, style, or the personality of the performer. All of these analytical issues melt away into irrelevance as we’re pulled into pure music. Clara Haskil’s Mozart unfolds so effortlessly and naturally that the music seems to be playing through the performer.

Some listeners hear a vague sadness lurking beneath the sunny, crystalline exterior of Mozart’s music. It’s a distant sense of lament which can’t be put into words. There are hints of this quality in these recordings- perhaps in the C Major Sonata’s opening movement, or in the quiet anguish of this passage (the dissonance at 10:53) in the Andante cantabile which follows. There’s the sublime solitude of the Romanza second movement of Piano Concerto No. 20. But there is also the frolicking humor of the Concerto’s final movement- music which always reminds me of the “Turkish Dance” section of the final movement of Mozart’s Fifth Violin Concerto.

Among Clara Haskil’s frequent collaborators was the violinist Arthur Grumiaux. Amazingly, the two were skilled enough at the other’s instrument that they would occasionally switch. Here is a live performance from 1957: