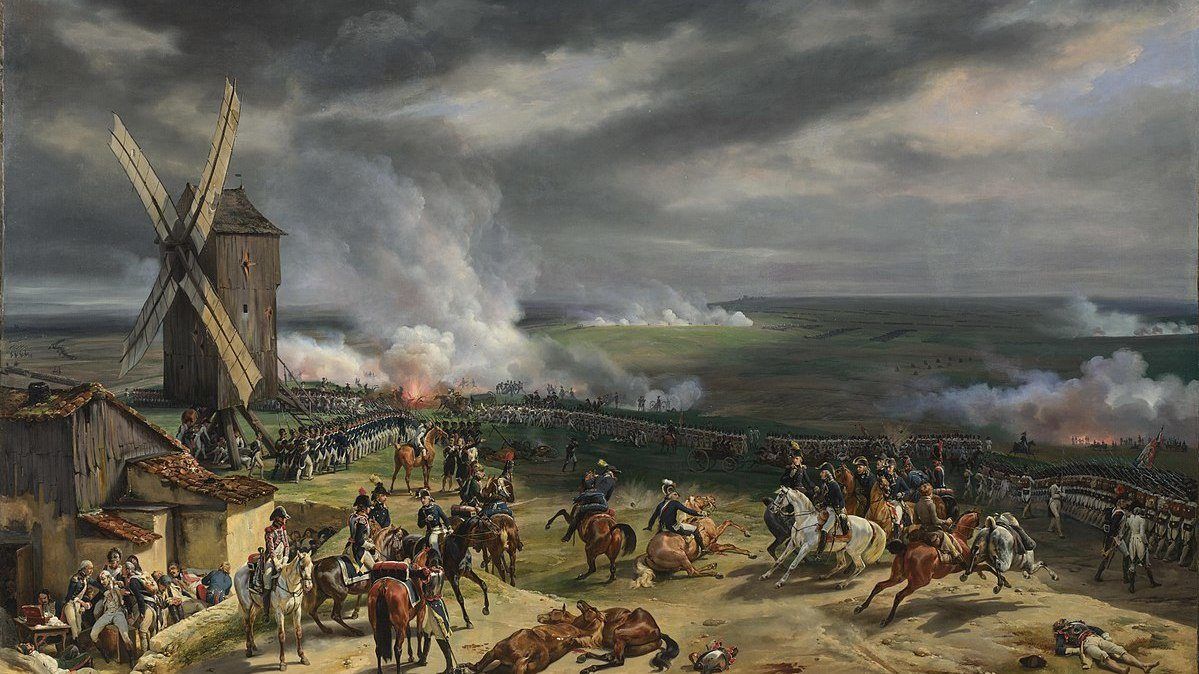 It would be fun to travel back in time to visit the dynamic public concerts of London’s Hanover Square Rooms during the early 1790s. This is when Franz Joseph Haydn was taking the city by storm, conducting his final twelve symphonies (Nos. 93-104) from a seat at the harpsichord. Haydn remained on the payroll of the Esterházy court during this time. But it was London where he was regarded as a rockstar, thanks to an invitation from the prominent impresario, Johann Peter Salomon.

Symphony No. 100 in G Major (1794) was written for Haydn’s triumphant return to the English capital. It’s filled with surprising, new sounds- most notably the “Turkish” exoticism of the triangle, crash cymbals, and bass drum. Audiences at the time might have expected to hear these special effects in the opera house, but not in a symphony. From a bugle call (a quote of the Austrian General Salute) to drumrolls, this “Military” Symphony is filled with the sounds of the battlefield. England was embroiled in the French Revolutionary Wars at the time, but Haydn may have been more influenced by the sounds of the Austro-Turkish War which occurred between 1788 and 1791.

Following the premiere, a writer for the Morning Chronicle wrote,

It is the advancing to battle…And the march of men, the sounding of the charge, the thundering of the onset, the clash of arms, the groans of the wounded, and what may well be called the hellish roar of war increased to a climax of horrid sublimity.

Still, all of these “Military” references occur within the context of stately elegance and even humor. The cheerful melody which opens the Allegretto second movement originated in this music from Haydn’s Concerto for Lire Organizzata in G, Hob. VIIh/3. There are moments which seem to foreshadow the music of Beethoven. (The young, rebellious Beethoven came from Bonn to study with Haydn around this time). Compare these ascending scale lines in the strings in the third movement (Menuetto: Moderato) with this familiar passage from the third movement of Beethoven’s Fifth Symphony.

This music is a whirlwind of energy, humor, and surprise- an exhilarating unfolding drama of conversing voices. With every jolting interruption, teasing imitation, interjection, “wrong” note, and sudden turn, it’s easy to get the sense that a power has been unleashed which has a “mind” of its own. All of this craziness reaches an exuberant climax in the final movement. Fasten your seatbelt and enjoy the wild ride…

Photograph: a depiction of the Battle of Valmy which occurred on September 20, 1792 during the French Revolutionary Wars, Horace Vernet, 1826