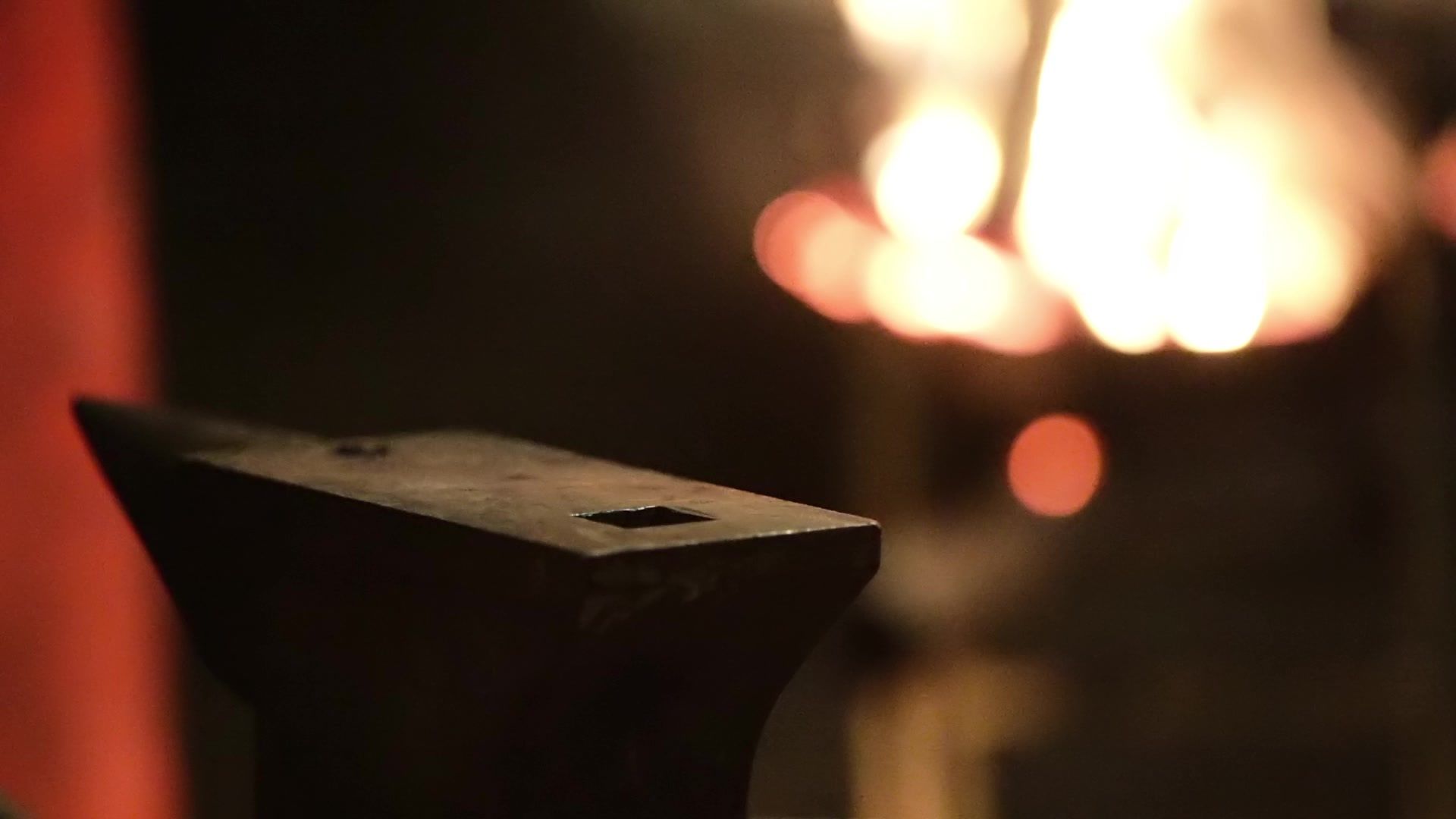 In celebration of Labor Day, here is one of opera’s greatest displays of heroic physical labor and brawn. It’s “Siegfried’s Forging Song,” which concludes the first act of Wagner’s Siegfried, the third music drama in the Ring Cycle.

Disgusted with the dwarf Mime’s lack of progress in reforging the broken pieces of Nothung, the sword that will slay the dragon Fafner, Siegfried takes up the task himself. The music takes on a frightening, almost violent, energy as Siegfried hammers away with unflinching determination. At moments, the underlying chromaticism in the orchestra briefly causes the tonal center to dissolve, perhaps adding to the dramatic sense of terrifying instability. For example, if you were unfamiliar with this music and you were to “drop the needle” here, for a few seconds you might think you were listening to the full-fledged atonality of Schoenberg or Webern.

Siegfried’s labor is contrasted with Mime’s efforts to brew a poisoned drink which he intends to offer Siegfried after he kills Fafner. According to Wotan, who shows up in the preceding scene, only “he who does not know fear” can reforge Nothung. As Siegfried accomplishes this task, the scene ends in a blaze of triumph. At 5:03 in the trumpet, we hear a soaring statement of the “Sword Leitmotif” which runs throughout the four operas of Wagner’s Ring Cycle. Just before the curtain falls, Siegfried demonstrates the sword’s supernatural strength by chopping the anvil in half.

This 1990 Metropolitan Opera performance features Siegfried Jerusalem in the title role and Heinz Zednik in the role of Mime: