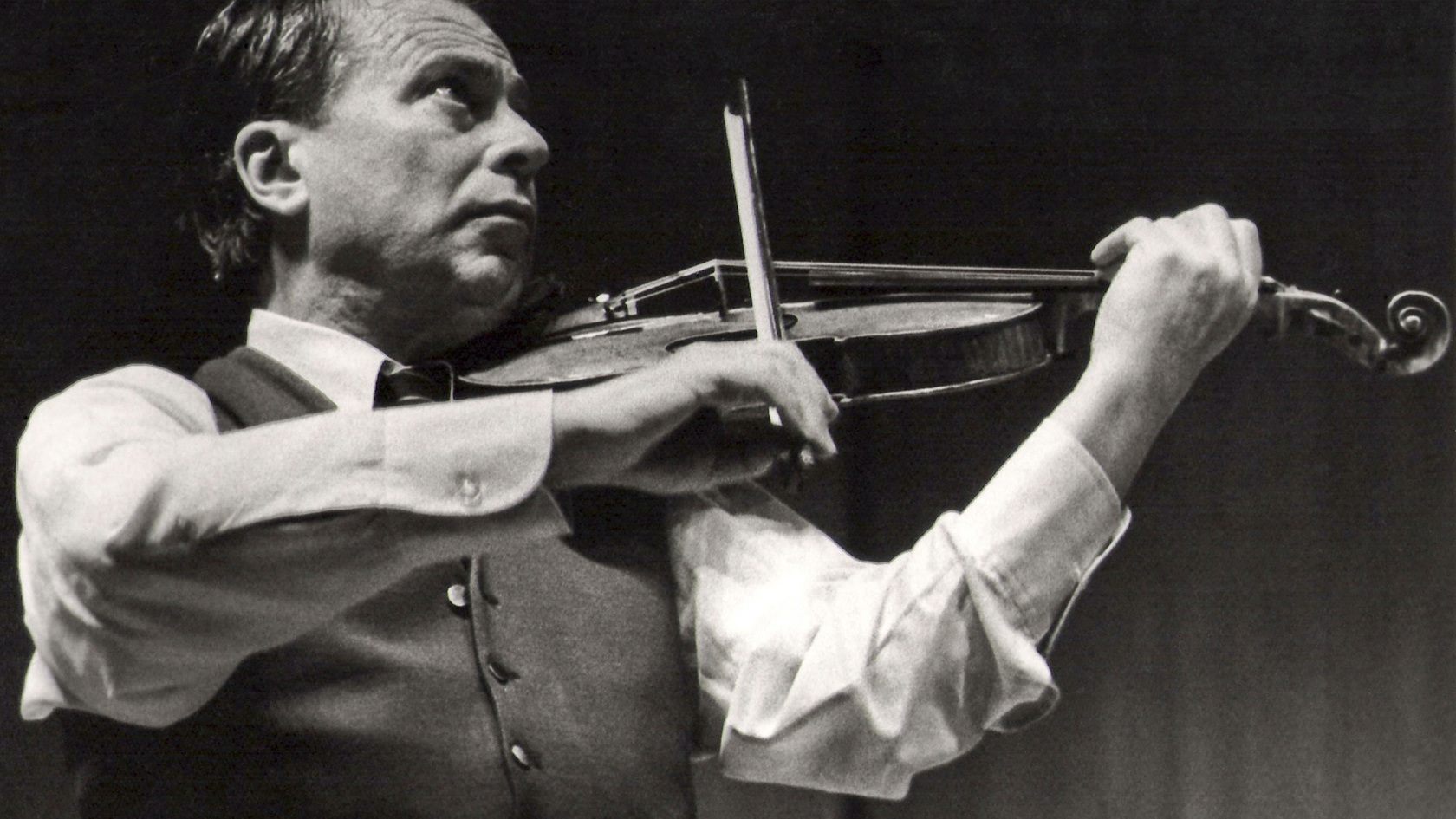 Tomorrow marks the 100th anniversary of the birth of Henryk Szeryng (1918-1988), one of the twentieth century’s greatest violinists.

“When hearing Szeryng in live performances, one is always struck by the nobility and aristocracy of his concept,” wrote Boris Schwarz in his book, Great Masters of the Violin. In the recordings below, we hear effortlessly shaped phrases and a sense of singing through every note.

Born in Poland, Szeryng studied with Carl Flesch in Berlin and was later influenced by the French School, exemplified by Jacques Thibaud. During the Second World War, he served as liaison officer to the exiled Polish Premier. Szeryng later became a citizen of Mexico, teaching at the National University in Mexico City and serving as the country’s Culture and Good Will Ambassador.

Szeryng made two recordings of Bach’s six solo Sonatas and Partitas. The first was in 1952. Here is the second recording of the complete cycle, from 1967:

with Alexander Gibson and the New Philharmonia Orchestra:

A 1979 recording with pianist Ingrid Haebler:

with Antal Dorati and the London Symphony Orchestra:

A 1960 recording with pianist Arthur Rubinstein:

Szeryng rediscovered this forgotten work in the late 1960s, piecing it together from manuscripts which were in the possession of Paganini’s great-granddaughters. He described the music in operatic terms:

One thing makes the Third Concerto different from the others—it may not be the deepest music of its time, but the virtuosity and operatic character are unique. You visualize the soprano, and the tenor responding, and the entrance of the bass—it’s all there.

Franck: Sonata in A Major for Violin and Piano

A 1973 recording with pianist Mindru Katz:

A live concert clip with pianist, Tasso Janopoulo, recorded in Paris in November, 1963: