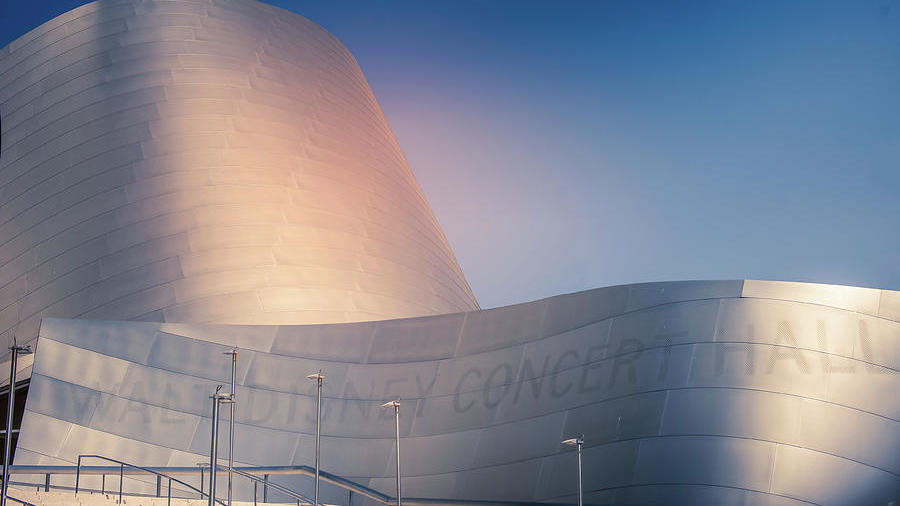 Sustain, a haunting orchestral soundscape by American composer Andrew Norman (b. 1979), was commissioned by the Los Angeles Philharmonic for the opening of its centennial season. A concert recording, released earlier this year, documents the piece’s October, 2018 world premiere. Sustain was a finalist for this year’s Pulitzer Prize in Music. The recording, which features the LA Phil and Gustavo Dudamel, is up for a Grammy in the categories of “Best Contemporary Classical Composition” and “Best Orchestral Performance.”

Sustain plays tricks on our perception of time and proportion. It unfolds in a series of sonic waves, gradually rising, cresting, and receding. Colorful voices emerge and dissipate like an unending stream of passersby on an infinite sidewalk. There is a sense of the paradoxical lonely isolation some people experience in a crowded city. Structurally, Sustain is cyclic, developing “in the form of a contracting spiral,” with musical events repeating, each time exponentially faster. This gives us a sense that we are drifting through a vast expanse. Clusters of sound create a continuous kaleidoscope of shifting color, beginning with a ghostly dialogue between two pianos, with one tuned down a quarter tone.

In his program notes, Norman imagines the audience that might assemble in Walt Disney Concert Hall a hundred years from now for the Los Angeles Philharmonic’s 200th anniversary. His thoughts move to the fragility of the natural world. Compelling as these concepts may be, you should listen to Sustain as a purely musical drama. It is on these grounds alone that this newly written piece may one day enter the enduring musical canon.