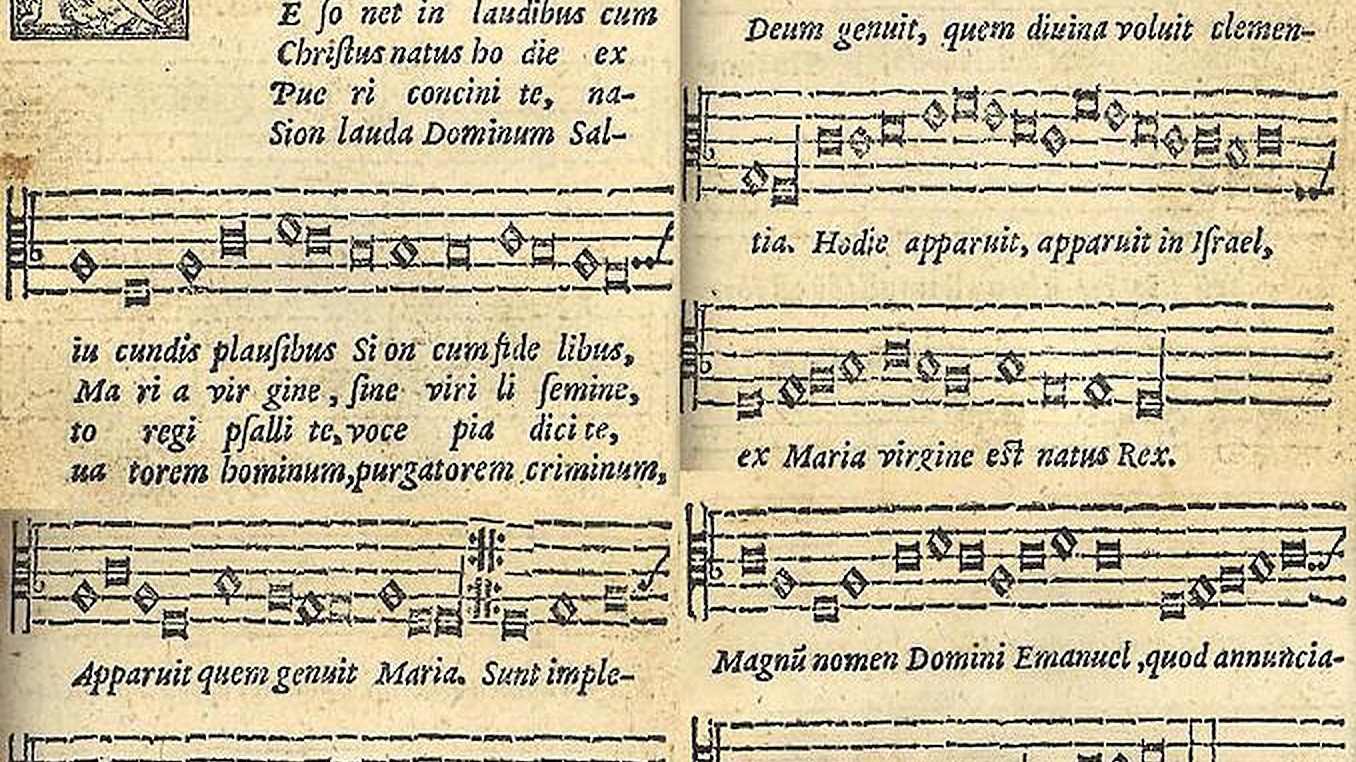 Resonet in laudibus (“Let the voice of praise resound”) is a Christmas carol which dates back to the 14th century. Popular throughout Medieval and Renaissance Europe, the melody found its way into the choral motets of composers such as Orlande de Lassus and Jacobus Gallus. In 1550, Georg Wicel called it “one of the chief Christmas songs of joy.”

Let’s explore the evolution of this exuberant melody through two Renaissance motets. In both cases, the original melody forms a seed out of which rich choral lines develop. Although based on the same theme, both of these works move in distinctly different directions.

Published in 1569, Orlande de Lassus’ motet for five voices is divided into three sections. Fragments of the popular carol break through vibrant polyphony. A jubilant feeling of three superimposes itself, repeatedly, on Lassus’ duple meter. The middle section moves into the quiet intimacy of three voices as the text describes the birth of Jesus.

In Michael Praetorius’ seven voice motet, published in 1611, voices are joined by sunny, dancing instrumental lines. From the opening bars, listen to the way the melody occurs at two different speeds, simultaneously. The result is an exhilarating swirl of counterpoint.

Origins in the Moosburg Gradual of 1360

The earliest manuscript of Resonet in laudibus was found in the Moosburg Gradual of 1360. The town of Moosburg in Bavaria (near Munich) sprung up around a Benedictine abbey in the 8th century. Here is the original Christmas carol in this early setting:

Featured Image: “Resonet in laudibus” printed in the the 1582 Swedish songbook, Piae Cantiones

1 thought on ““Resonet in Laudibus”: Music of Lassus, Praetorius, and the Moosburg Gradual”