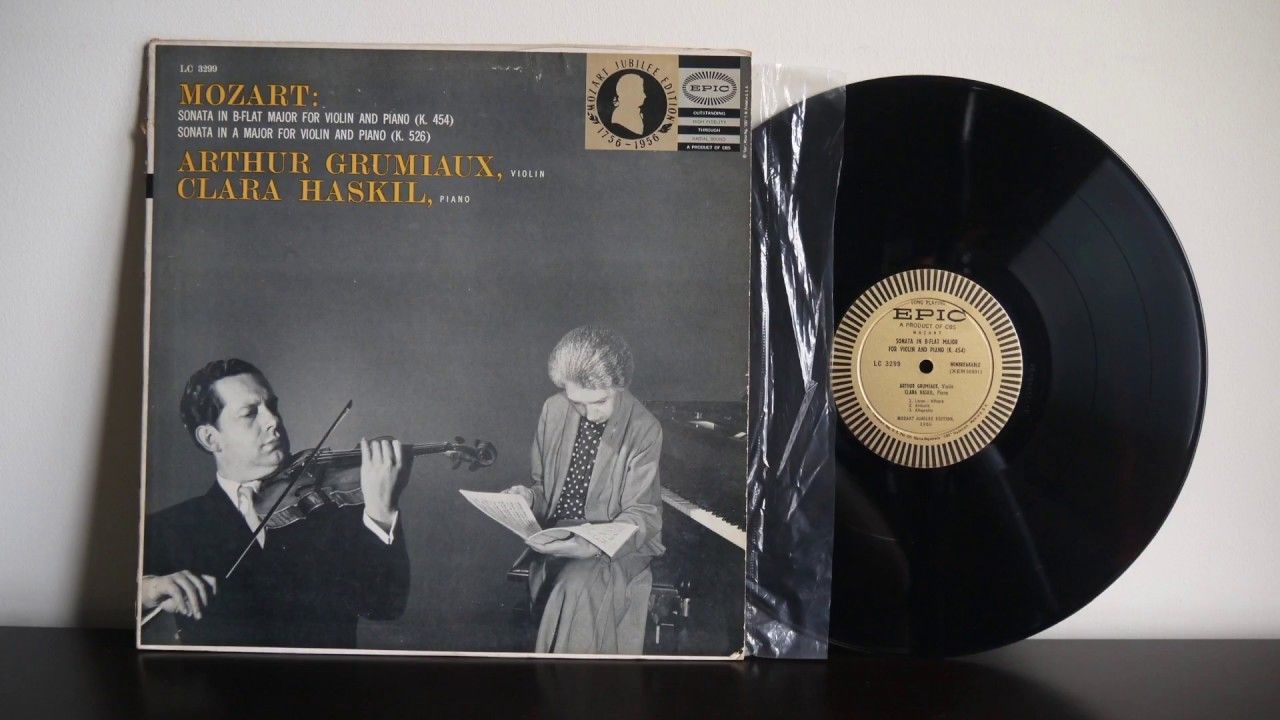 In 1778, Mozart and his mother, Maria Anna, left Salzburg and set out on a long journey which culminated in Paris. The 22-year-old composer was searching for new employment. He had become restless in his post as Konzertmeister to the Salzburg Court, a title that he had held since age 13. Mozart found his native Salzburg to be provincial and artistically stifling. He was paid a low yearly salary of 150 florins, and there was little call for him to write operas.

The new post never materialized. Maria Anna became seriously ill in Paris and died. Mozart returned to Salzburg, where he remained for another three years before relocating to Vienna in 1781. Yet, the trip opened Mozart’s ears to exciting new musical possibilities. In Munich, he heard a set of violin sonatas by Joseph Schuster (1748–1812). He sent copies of the scores home, writing to his sister, Nannerl, “I have often played them here; they are by no means bad. If I remain long enough, I intend to compose six in this style, for it is much liked here.” Mozart traveled on to Mannheim, a hotbed of musical innovation at the time. Here, he began work on a set of violin sonatas modeled after Schuster’s. Although Mozart had already written more than 300 works in Salzburg, he chose to publish the Sonatas in Paris as “Opus 1.”

The Violin Sonata No. 18 in G Major, K. 301 is one of the earliest works written in this mature, new style. In Mozart’s “childhood” sonatas, the keyboard was dominant and the violin took on a supporting role. Now, for the first time, the violin and piano share the stage as equals, entering into a vibrant and playful musical conversation. This equal partnership is evident in the Sonata’s opening bars where the violin boldly announces the theme. Following the example of Johann Christian Bach, Mozart’s Sonata is set in two movements. The second movement is a charming, triple-meter rondo.

This classic 1958 recording features the legendary Franco-Belgian violinist, Arthur Grumiaux (1921-1986), with the Romanian pianist, Clara Haskil (1895-1960). Grumiaux’s playing is filled with elegance, restraint, and a sense of singing tone. In his book, Great Masters of the Violin, Boris Schwarz finds “nobility and uncompromising musicianship” in Grumiaux’s approach. Grumiaux and Haskil performed and recorded together extensively. Miraculously, they were known to switch instruments on occasion to gain “a different perspective and relationship.” Sunday marks the 100th anniversary of Arthur Grumiaux’s birth.