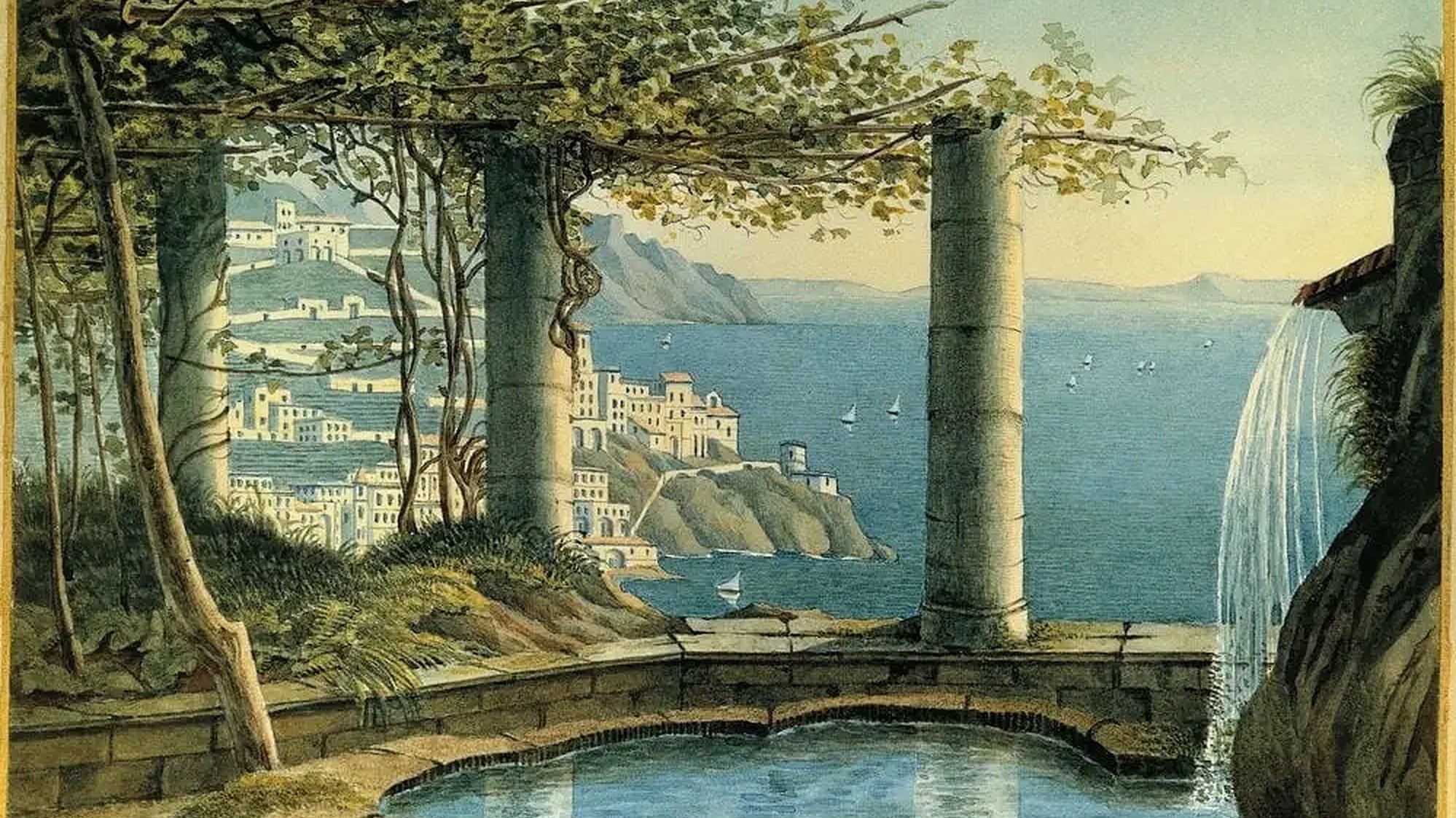 In October of 1830, the 21-year-old Felix Mendelssohn traveled to Italy. Over the course of ten months, he visited Venice, Florence, Rome, and Naples. With this trip Mendelssohn, who as a child emerged as an astounding musical prodigy and polymath, entered adulthood with the customary Grand Tour, an educational rite of passage for upper-class Europeans in the 17th and 18th centuries. Travels to Britain a year earlier provided the seeds for the overture, The Hebrides (Fingal’s Cave) as well as the “Scottish” Symphony. The sunny, culturally rich environment of Italy proved to be equally fertile artistic ground. In a letter to his sister, Fanny, dated February 22, 1830, Mendelssohn wrote,

I have once more begun to compose with fresh vigor, and the Italian symphony makes rapid progress; it will be happiest piece I have ever written, especially the last movement.

Mendelssohn would later describe the Symphony as “blue sky in A major.” A bright pizzicato chord launches the first movement (Allegro vivace) into motion. The sweeping first theme, introduced by the violins, arrives with the exhilarating force of a refreshing Mediterranean gust. It’s a melody filled with so much confidence and joie de vivre that it almost knocks us off our feet. These exuberant opening bars unleash a sunny drama filled with sparking instrumental “conversations.” Briefly veering into minor, the development section teems with breathless energy amid pristine counterpoint which seems to pay homage to J.S. Bach.

The second movement (Andante con moto) may have been inspired by Mendelssohn’s experience viewing a solemn religious procession in the streets of Naples. A chant-like melody in D minor emerges over a continuous walking bass line. In the final bars, we hear the procession fade into the distance.

In the third movement (Con moto moderato), Mendelssohn returns to the classical minuet and trio of Haydn and Mozart. However, here downbeats melt away amid continuously flowing lines and a beautiful and expansive “song without words.”

The final movement (Saltarello: Presto) takes a sudden turn to A minor. We plunge into the wild, swirling motion of the Saltarello, a leaping triple meter dance which originated in medieval Tuscany. In one string passage (23:19), I hear a vague contrapuntal allusion to Beethoven which quickly melts into the fairy dust of A Midsummer Night’s Dream. Another Italian dance, the tarantella, emerges in the middle of the movement. According to legend, this furious dance originated as a way of inducing sweat to cure the victim of a poisonous spider bite. In the final moments of the Symphony, the two dances blend together. For a moment, the dance subsides into exhaustion before gathering strength for the final, zesty cadence.

Featured Image: “Amalfi in May 1831,” a watercolor painted by Felix Mendelssohn during his tour of Italy