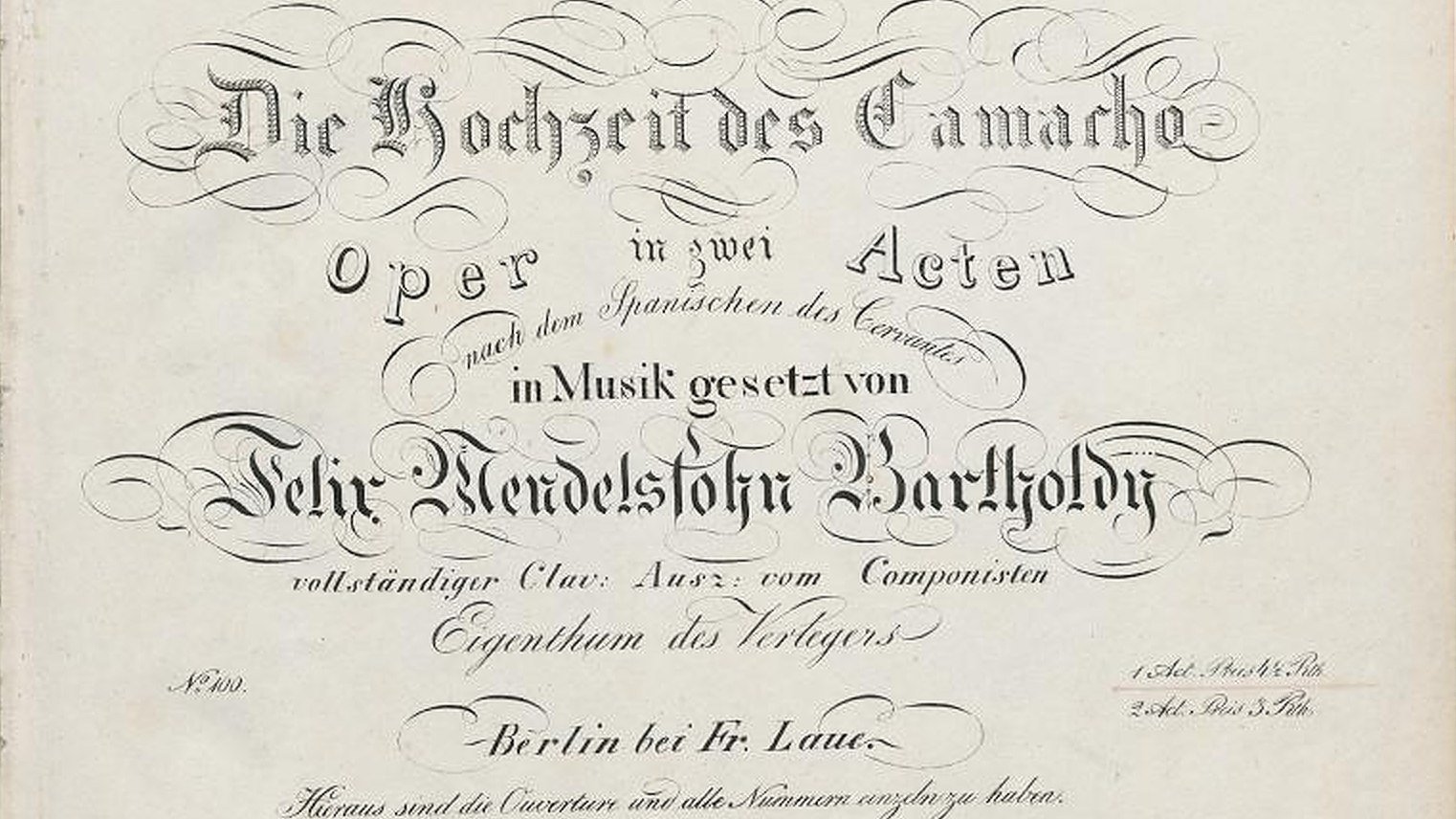 Felix Mendelssohn was 15 when he began work on the two-act comic opera, Die Hochzeit des Camacho (“The Marriage of Camacho”) in 1824. The young composer had already written four previous singspiele operas which received private family performances. The Marriage of Camacho, based on an episode from Cervantes’ Don Quixote, was premiered at the Berlin Schauspielhaus on April 29, 1827. Although the work was well-received by the audience, it was met with a hostile reviews. Mendelssohn was unhappy that he had been forced to make changes to the score. After one performance, Die Hochzeit des Camacho faded into oblivion. Mendelssohn, undoubtedly one of music history’s most literary composers, never put another opera on the stage.

Bookended by a brass fanfare “call to order,” the Overture to The Marriage of Camacho takes us on a brief but exhilarating musical journey. The influence of Carl Maria von Weber is evident. Frequently, the strings and winds are divided into instrumental “choirs.” Vibrant “conversations” emerge between these instrumental voices, each suggesting a distinct persona akin to characters on the stage.

Featured Image: the title page of Mendelssohn’s “The Marriage of Camacho”

1 thought on “Mendelssohn’s “The Marriage of Camacho” Overture: Music for a Fleeting Opera”