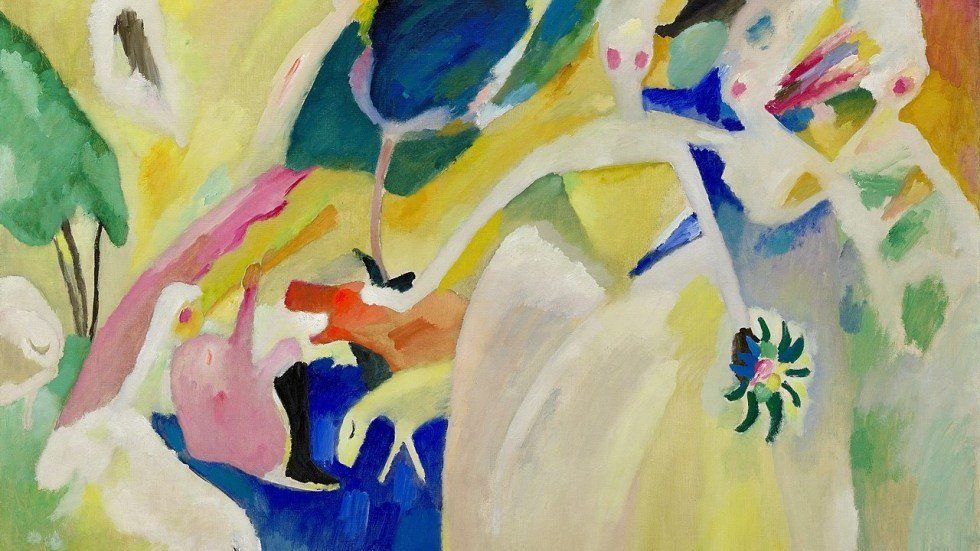 With roots in the Baroque period, the musical pastorale evokes a serene, bucolic landscape. Often, it rolls along in a gentle 6/8 time and suggests the simple, free-floating melodies and drones of a shepherd’s bagpipes. J.S. Bach’s Pastorella In F Major, BWV 590 for organ, the final movement of Corelli’s “Christmas” Concerto, and the Pastoral Symphony from Handel’s Messiah are famous examples.

The sound world of the twentieth century was dominated by machines. Yet, the rustic allure of the pastorale was not forgotten:

Igor Stravinsky wrote this song without words in 1907 at a time when he was a student of Nikolai Rimsky-Korsakov. It was dedicated to Rimsky-Korsakov’s daughter, Nadia. Originally scored for wordless soprano and piano, it was rescored a few times by the composer. Stravinsky created this version for five instruments in 1933. Here is a performance by Vladimir Ashkenazy and the European Soloists Ensemble:

Paul Hindemith’s 1942 Ludus Tonalis (“Play of Tones”) is a solo piano suite set in twenty-five movements. Following the model of J.S. Bach’s The Well-Tempered Clavier, it cycles through all twelve major and minor keys and presents a masterful exercise in counterpoint. Positioned between two fugues, this Pastorale interlude returns to the gently rocking 6/8 rhythm of the Baroque Pastorale. Each phrase seems to end with a new harmonic adventure. This recording features Sergei Okrusko:

Technically, this endearing miniature is not a pastorale, but it is music with pastoral overtones. The French Pastourelle was a form of lyric poetry that was popular in the Middle Ages and Renaissance. It depicted the “love debate” of a knight and a shepherdess.

L’éventail de Jeanne (“Jean’s Fan”) was a 1927 children’s ballet made up of ten brief dances. It was a collaborative effort among ten French composers, including Maurice Ravel, Jacques Ibert, Darius Milhaud, and Francis Poulenc. The Pastourelle which Poulenc contributed is filled with lighthearted humor and innocence:

L’Éventail de Jeanne opens with a shimmering, fairytale Fanfare by Maurice Ravel. It begins with colorful instrumental voices which engage in a spirited, polytonal conversation: