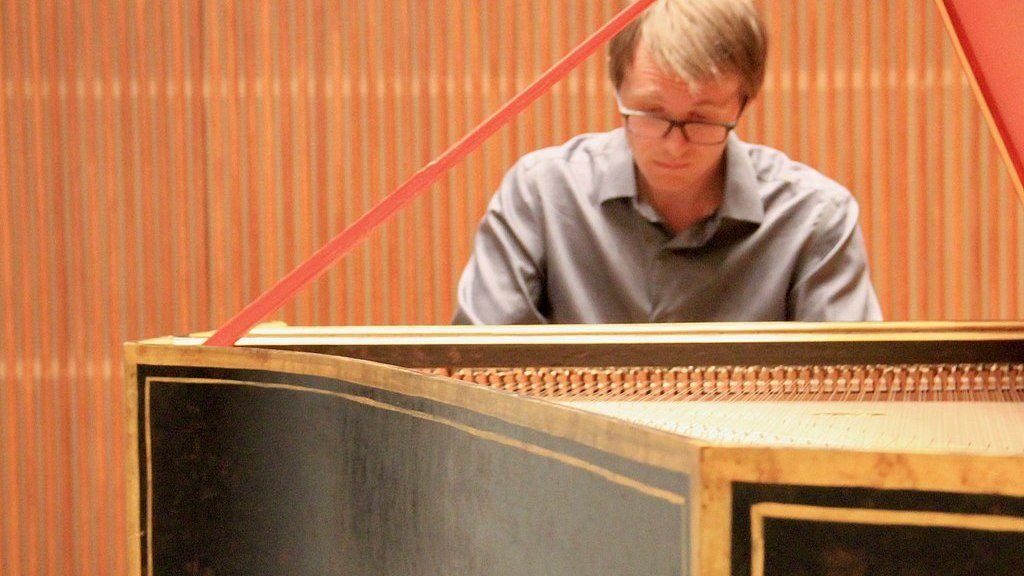 Following the English and French Suites, this music was groundbreaking, both technically and musically. Bach referred to it as his “opus 1,” and offered it “to music lovers in order to refresh their spirits.” Here, Bach is cast in the role of teacher. The Partitas unfold as sublime and intimate exercises which have the potential to evoke a sense of “spiritual delight.” In 1802, the composer’s first biographer, Johann Nikolaus Forkel, reported that

This work made in its time a great noise in the musical world. Such excellent compositions for the clavier had never been seen and heard before. Anyone who had learnt to perform well some pieces out of them could make his fortune in the world thereby; and even in our times, a young artist might gain acknowledgment by doing so, they are so brilliant, well-sounding, expressive, and always new

The Baroque Partita is a collection of dance forms made up of the allemande, courante, sarabande, and gigue. Here, Bach augments the form with an introductory praeludium and two penultimate minuets. Each dance is set in a two part form in which the initial music is repeated (ABA), giving us a sense of moving away and returning. The lamenting Sarabande, which forms the Suite’s midpoint, feels like a mystical improvisation. The concluding Gigue erupts into brilliant virtuosic fireworks.

This performance by the Canadian harpsichordist and organist, Mark Edwards, was recorded on June 3, 2021 as part of the Netherlands Bach Society’s All of Bach initiative. Edwards plays an instrument built in 1989 by Bruce Kennedy based on a model by Michael Mietke (c. 1656/1671 – 1719). The location was the Philharmonie, Haarlem.