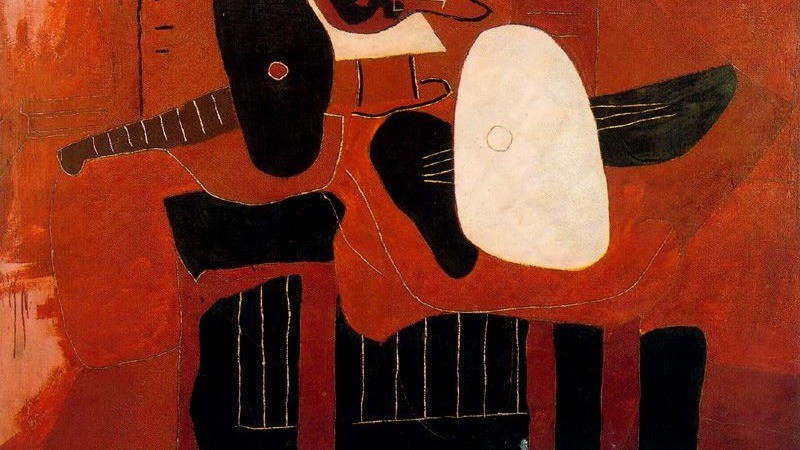 In the original Greek, the word, symphony, translates as “sounding together.”

Igor Stravinsky was referring to this meaning of the word (as opposed to symphonic form) when he selected the title, Symphonies of Wind Instruments. Scored for an ensemble of 24 woodwind and brass players, the piece was composed in 1920, and was dedicated to the memory of Claude Debussy, who died two years earlier. Its 1921 premiere in London, conducted by Serge Koussevitsky, was received cooly by an audience which was unprepared for the adventurous nature of the music. By some accounts, there was laughter, and later Stravinsky caustically recalled “Koussevitsky’s execution, in the literal, firing-squad sense, of my Symphonies of Winds.” Stravinsky revised the piece in 1947, and it is heard unsually in this form.

Symphonies of Wind Instruments is filled with primal, ritualistic undertones reminiscent of The Rite of Spring. Broken into abstract Cubist geometry, it unleashes a musical conversation between instrumental “choirs” which is spirited, exuberant, and ultimately lamenting. Stravinsky described the Symphonies as a “liturgical dialogue” and “an austere ritual which is unfolded in terms of short litanies between different groups of homogeneous instruments.” The late musicologist, Richard Taruskin, discovered that sections of the piece are derived from the Russian Orthodox funeral Mass.

Following the death of Debussy, Stravinsky and several other composers (including Maurice Ravel) contributed brief musical elegies to the Parisian publication La Revue musicale. The fragment submitted by Stravinsky became the seed out of which Symphonies of Wind Instruments developed. It is the solemn chorale which concludes the work. The chorale is first heard darkly in the brass. Then, the woodwinds join, bringing a sense of radiant, angelic light. The striking pandiatonic chord which concludes the piece is bathed in sunshine.