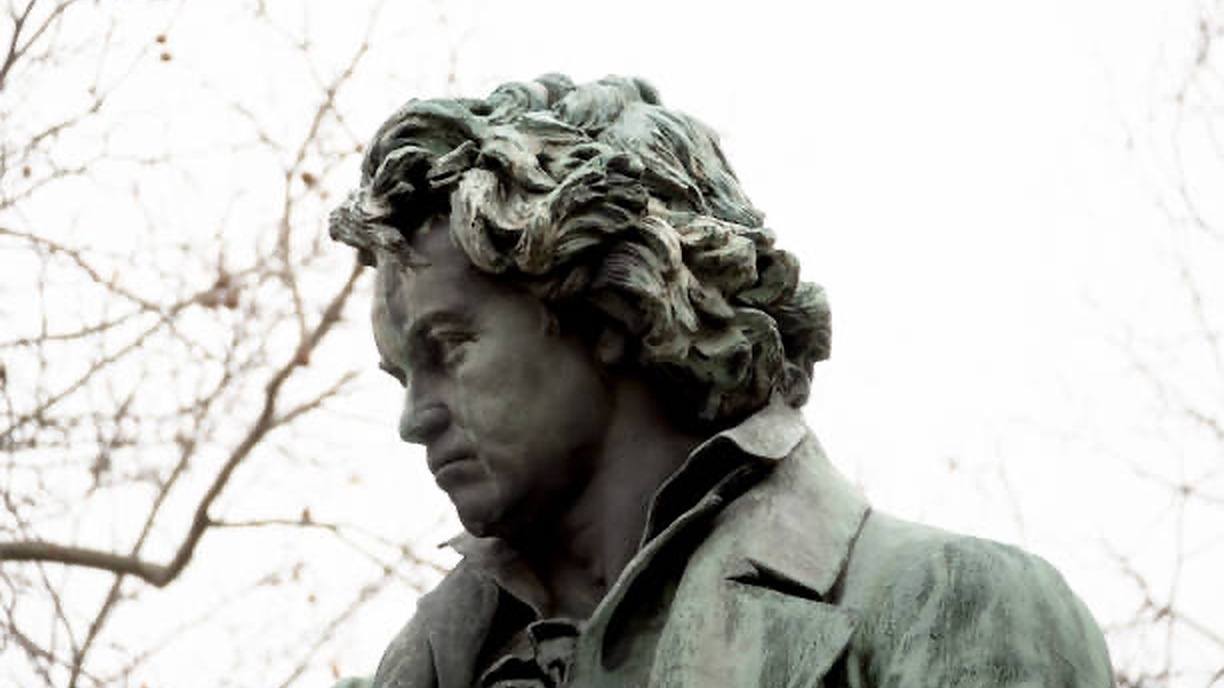 In November of 1792, the young Ludwig van Beethoven left Bonn, the provincial city of his birth, to resettle in glittering, cosmopolitan Vienna. Two years after this momentous move, Beethoven completed the String Trio in E-flat Major, Op. 3. The piece marked the 24-year-old composer’s first foray into the genre.

A successor to the Baroque trio sonata, the string trio (violin, viola, cello) was a popular form in the eighteenth century, when it was exploited by composers such as Haydn, Carl Philipp Emanuel Bach, Johann Stamitz, and Luigi Boccherini. In the nineteenth century, it would be eclipsed by the string quartet and the piano trio. Published in 1797, Beethoven’s Op. 3 String Trio follows the model of Mozart’s famous Divertimento for String Trio, also set in E-flat major. It unfolds in six movements which form a mirror image, in which two slower movements and minuets are bookended by fast movements. Mozart’s death came a year before Beethoven’s move to Vienna. With the Op. 3 Trio, Beethoven seems to have been paying homage to Mozart while pushing the classical string trio to its apex. Following the publication of three additional String Trios (Op. 9) in 1798, Beethoven would not revisit the genre.

While rooted in the classical style, the Op. 3 Trio provides glimpses of dramatic and revolutionary music to come. The opening of the first movement (Allegro con brio) vanquishes any preconceptions that we might be listening to predictable background music. The violin’s bold opening statement roars to life amid exuberant syncopations and then breaks off, haltingly, into silence. A single playful motif repeats, as if searching for a way forward. Gradually, it develops organically with occasional jubilant embellishments. We get the sense that the music is composing itself in real time. There are plenty of tricks along the way, which include excursions to far-flung keys, and a “false” recapitulation. The real recapitulation is interrupted briefly by a ferocious imitative conversation between the cello and violin. Following a “false” final cadence, a boisterous musical joke extends the coda to bring the piece to its true conclusion.

The “mechanical” rhythmic motor which propels the charming Andante, set in B-flat major, has been compared with Haydn’s “Clock” Symphony. Again, humorous surprises and quirky musical “characters” abound. Returning to E-flat major, the opening bars of the first Minuet open the door to a motivic parody of the first movement’s main theme, with notes stripped away. At moments, the music anticipates the bizarre, disjointed, time-altering magic of Beethoven’s late string quartets.

Set in A-flat major, the Adagio is a tender and intimate conversation. In the opening bars, the violin’s serene statement is supported by simple lines in the viola and cello. Then, the voices switch with the lower instruments singing a duet, accompanied by the violin. As the movement develops, the conversation becomes cloudier and more dramatically complex. At moments, the violin emerges alone with brief, spirited cadenza figures.

The second Minuet includes an “exotic” C minor trio section which emerges over a drone. It seems to evoke vaguely the sounds of Turkey or the Middle East. The Finale begins with bright, virtuosic lines. Soon, it veers off into thrilling adventures which include a mock fugue and moments of wild, unabashed “fiddling.” In the coda section, the music drifts off into a moment of sudden, exhausted repose. Then, with great humor, it springs to life again and leaps to the final cadence.

Established in 2007, the ensemble, Trio Zimmermann, is made up of the German violinist Frank Peter Zimmermann, the French violist Antoine Tamestit, and the Swiss cellist Christian Poltéra. Here is their outstanding 2014 recording: