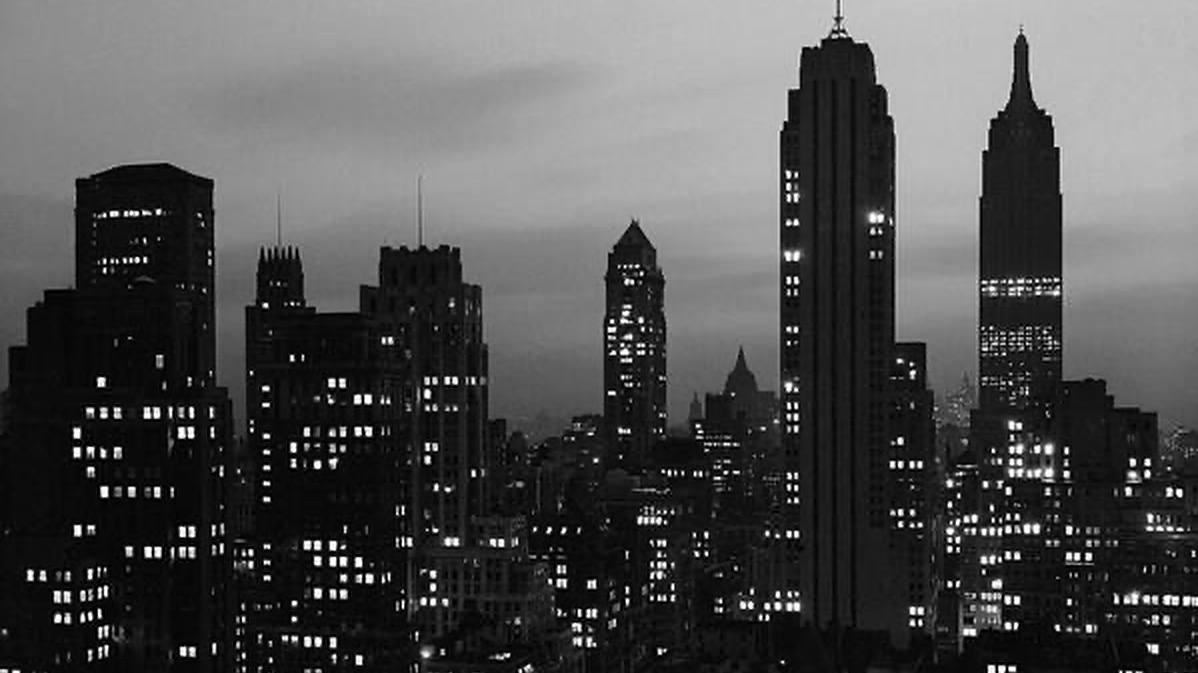 This Midnight Hour, an evocative tone poem by the English composer, Anna Clyne (b. 1980), suggests the shadowy nocturnal world of film noir.

Written in 2015, the single movement orchestral work unfolds as a haunting cinematic journey. Growling low strings initiate a spine-chilling “chase” down desolate alleyways. Amid the throb of an elevated heartbeat, we find ourselves alone with shadowy specters of the night. Distant, indistinguishable sounds echo across an alienating landscape. Suddenly and inexplicably, we hear the ghostly, lurching strains of a melancholy Parisian waltz. The viola section, half of which sounds a quarter tone sharp, is transformed into the heaving bellows of an accordion. In a Mahlerian montage, a solemn liturgical chorale combines with the sounds of street musicians. The piece’s final moments suggest a serene and lamenting folksong. A lonely, jazz-infused soliloquy rises in the trumpet. A final, shimmering F major chord does not escape terrors lurking in the night.

This Midnight Hour was co-commissioned by L’Orchestre national d’Île de France and the Seattle Symphony. In the score’s program notes, the composer writes,

The opening to This Midnight Hour is inspired by the character and power of the lower strings of L’Orchestre national d’Île de France. From here, it draws inspiration from two poems. Whilst it is not intended to depict a specific narrative, my intention is that it will evoke a visual journey for the listener.

Additionally, Anna Clyne cites the inspiration of two poems, La musica by  Juan Ramón Jiménez, and Harmonie du soir by Charles Baudelaire. English translations of both poems are printed below.

Ben Gernon led the Frankfurt Radio Symphony Orchestra in this performance from September, 2019:

Music –
a naked woman
running mad through the pure night

The season is at hand when swaying on its stem
Every flower exhales perfume like a censer;
Sounds and perfumes turn in the evening air;
Melancholy waltz and languid vertigo!

Every flower exhales perfume like a censer;
The violin quivers like a tormented heart;
Melancholy waltz and languid vertigo!
The sky is sad and beautiful like an immense altar.

The violin quivers like a tormented heart,
A tender heart, that hates the vast, black void!
The sky is sad and beautiful like an immense altar;
The sun has drowned in his blood which congeals…

A tender heart that hates the vast, black void
Gathers up every shred of the luminous past!
The sun has drowned in his blood which congeals…
Your memory in me glitters like a monstrance!