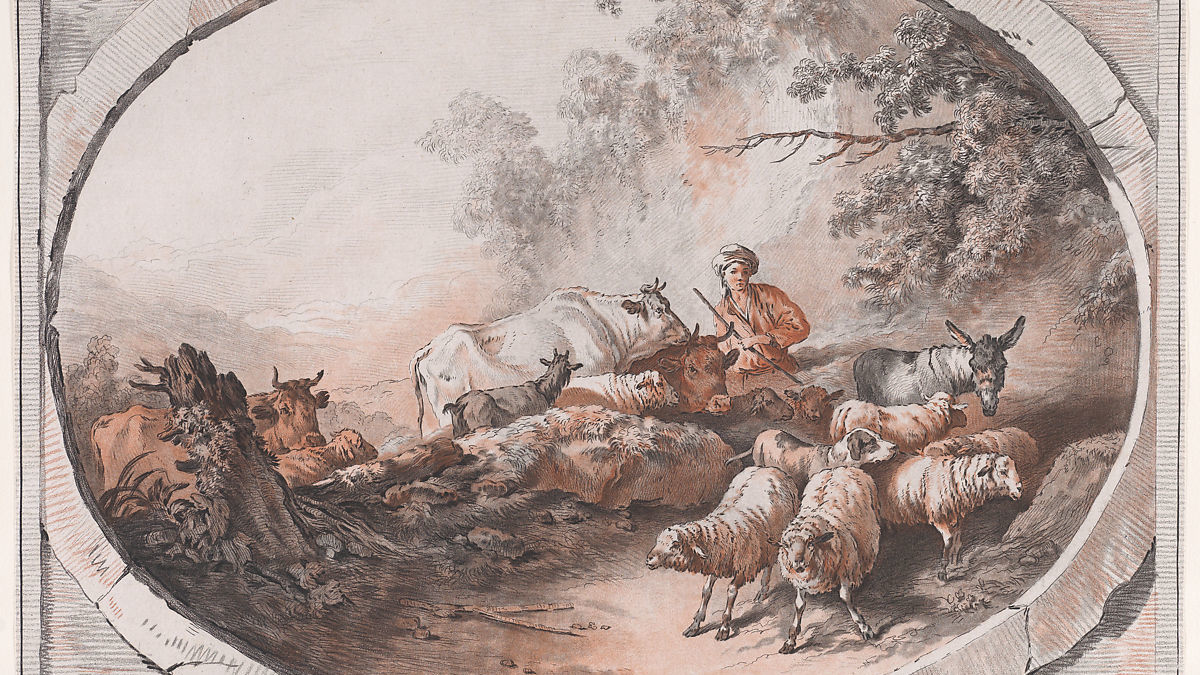 Haydn’s Symphony No. 8, “Le Soir,” concludes a symphonic triptych (Nos. 6-8) which was inspired by the movement of the sun throughout the day. The first two works in this programmatic series are “Le Matin” (Morning) and “Le Midi” (Afternoon).

The three symphonies were first performed during a single evening in 1761 at the Esterházy Palace in Vienna, not at the aristocratic family’s official residence 30 miles outside the city. They marked the beginning of the 29-year-old composer’s long and inventive tenure as Kapellmeister for the Esterházy court. The influence of the Baroque concerto grosso, with its interplay between the full ensemble and solo instruments, is evident in these early symphonies. Out of this established form, we can hear Haydn crafting the bold, new form which would become the mature classical symphony.

Unlike the two works which precede it, Symphony No. 8 does not begin with a stately introduction. Instead, the first movement (Allegro molto) plunges headlong into a jubilant gigue, set in 3/8 time, in sonata form. It quotes a frolicking melody from Christoph Willibald Gluck’s 1759 opera, Le diable à quatre, with the frivolous title, Je n’aimais pas le tabac beaucoup (“I didn’t like tobacco much”). The movement’s second theme grows out of this initial theme. It is music filled with jokes and the kind of virtuosic abandon which would have showcased the extraordinary skill of the Esterházy orchestra.

The second movement (Andante) features a series of duets, first between two violins, and then between the bassoon and cello amid sneaky interjections in the strings. Before the movement concludes, it takes a turn towards the drama of operatic recitative.

The Minuet sets the stage for a trio section which places the solo double bass in the spotlight. In the performance below, the bass player does not seem to want to relinquish his solo role, and a comedy routine ensues.

The final movement (La tempesta: Presto) offers a thrilling depiction of a late evening thunderstorm. Gusts of wind sweep the music forward amid the percussive sound of pounding raindrops in the solo violin, cello, and flute. Later, Haydn returned to this music for a similar depiction of a storm in the oratorio, The Seasons. With reckless abandon, the music arrives at its exhilarating final cadence.

This 2019 performance features the Italian ensemble, Il Giardino Armonico, led by Giovanni Antonini. The recording is part of the Haydn2032 initiative, in which all 107 Haydn symphonies will be performed in the run-up to the 300th anniversary of the composer’s birth.