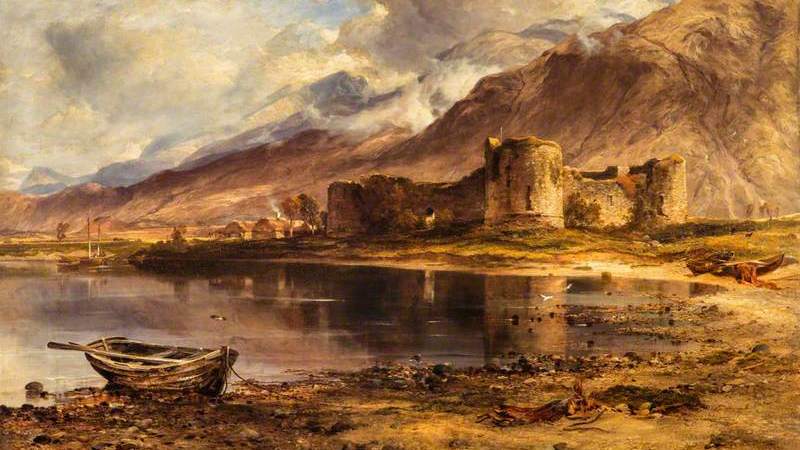 In July of 1829, during his first trip to Britain, the 20-year-old Felix Mendelssohn embarked on a walking tour of Scotland with his friend, Karl Klingemann. After visiting the ruined abbey at Holyrood Palace in Edinburgh, Mendelssohn wrote in a letter to his family,

In the deep twilight we went today to the palace where Queen Mary lived and loved…The chapel below is now roofless. Grass and ivy thrive there and at the broken altar where Mary was crowned Queen of Scotland. Everything is ruined, decayed, and the clear heavens pour in. I think I have found there the beginning of my “Scottish” Symphony.

Soon after the visit, Mendelssohn sketched what would become the first sixteen measures of his Symphony No. 3 in A minor, Op. 56. It is music which evokes a gloomy, mysterious, and poetic landscape. A somber melody emerges in the oboes and divided violas, accompanied by horns, bassoons, and clarinets. This is the seed out of which the entire Symphony develops, and its motivic imprint can be heard in the succeeding movements. Moments later, the violins enter with a bleak windswept line which drifts, for a moment, as a single unaccompanied strand. As this line weaves its way forward, it pulls us deeper into a vivid, developing drama. The Allegro un poco agitato is both stormy and spirited. The exposition’s second theme arrives as a singing line in the clarinet, while a motivic fragment of the first theme develops relentlessly in the strings. Listen carefully, and you will hear how closely this first theme is related to the ascending line which opens the “Holyrood” theme from the introduction. In the coda section, tempestuous chromatic lines rise and fall. The final bars bring a return of the haunting “Holyrood” theme.

In a preface to the score, Mendelssohn wrote, “The movements of this symphony must follow one another immediately, and must not be separated by the customary long pauses.” The second movement, a sparkling scherzo, seems to emerge out of the fog. It’s a boisterous, jubilant dance, infused with the “Scotch snap” rhythm. Based on the pentatonic scale, the melody contains echoes of Scottish folk music.

The third movement (Adagio) is an intimate song without words. The shimmering first theme alternates with a solemn, stately march, punctuated with military fanfares. Some listeners hear this music as a lament for Mary Queen of Scots, although there is no evidence that Mendelssohn had any programmatic associations in mind. The final statement of the melody begins with a hushed clarinet duet, accompanied by the distant rumble of battle drums in the timpani.

Originally, Mendelssohn gave the Finale the marking, Allegro Guerriero (“fast and warlike”). This is the music of adventure and romanticized battle. The development section erupts with vigorous counterpoint. Yet, gradually the energy and forward motion dissipate. The previously spirited melody becomes a lamenting statement which is passed from the clarinet to the bassoon, accompanied by a primeval drone. Out of silence, a transcendent new theme emerges. Beginning in the dark, lower voices, it soon grows into a triumphant, celebratory hymn. Misty, veiled A minor is transformed into bright A major. The “Scottish” Symphony concludes as a declaration of joy and celebration.