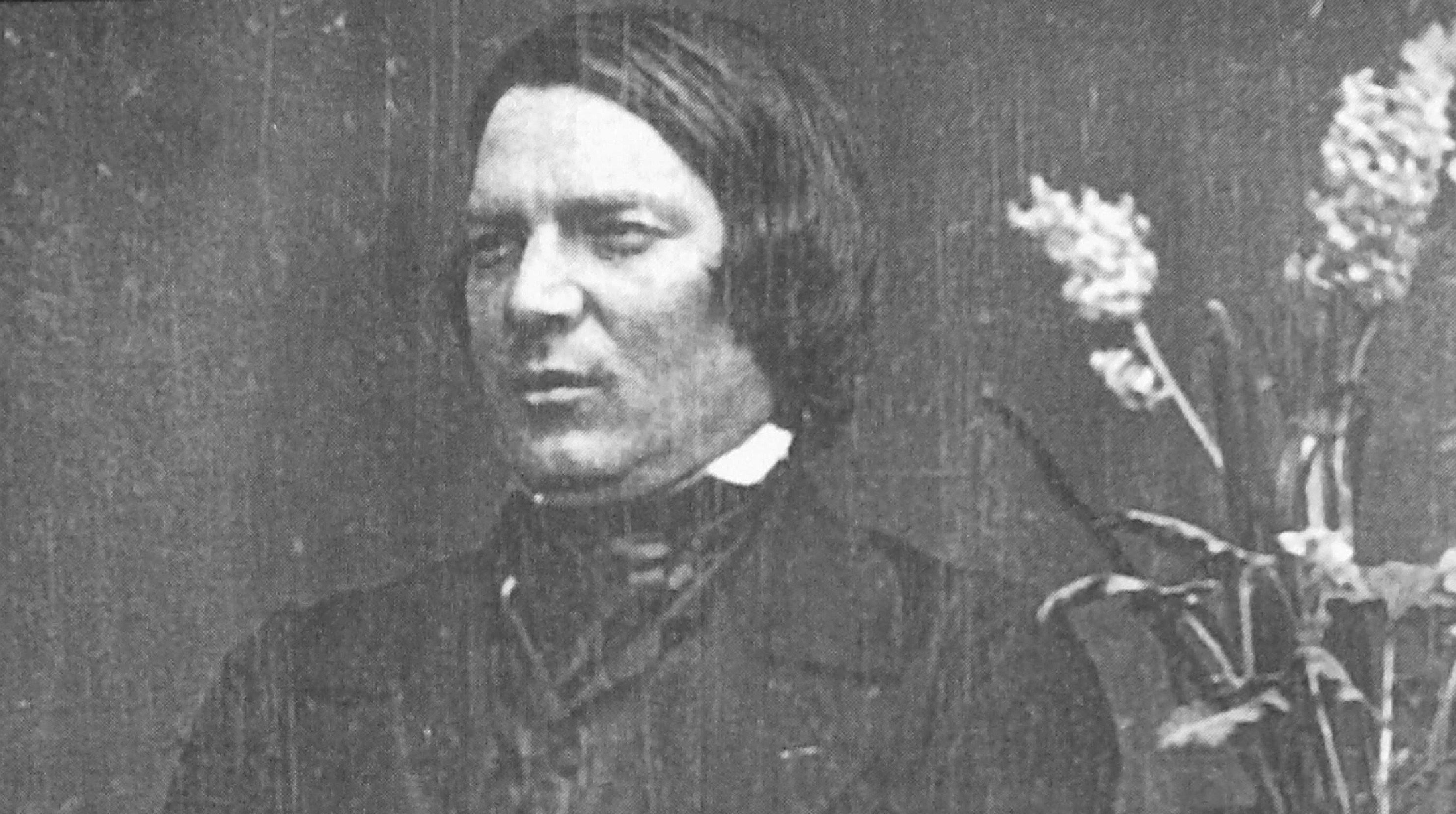 On Monday, we considered the relationship between Anton Webern’s youthful 1907 Piano Quintet and the music of Brahms. Brahms’ Piano Quintet in F minor, completed during the summer of 1864, was greatly influenced by Schumann’s Piano Quintet in E-flat major, Op. 44. With this work, written in 1842 during his “year of chamber music,” Schumann practically invented the heroic and often symphonic pairing of string quartet and piano.

Notice how quickly this music moves between euphoric highs, shadowy depths, and serene, celestial beauty. These schizophrenic turns are especially clear in the second movement, which begins with a funeral march set in C minor. The first movement’s opening theme embodies the sense of nobility and grandeur we often hear in Schumann’s music. Listen to the way this opening statement returns at the end of the final movement as the subject of a double fugue.

I offer a few more thoughts on this piece in an earlier post. Here is a great performance by pianist Martha Argerich, violinists Dora Schwarzberg and Lucia Hall, violist Nobuko, and cellist Mischa Maisky:

Here is Schumann’s stormy Piano Concerto in A minor, Op. 54, performed by Hélène Grimaud and the Deutsches Symphonie-Orchester Berlin, led by David Zinman.