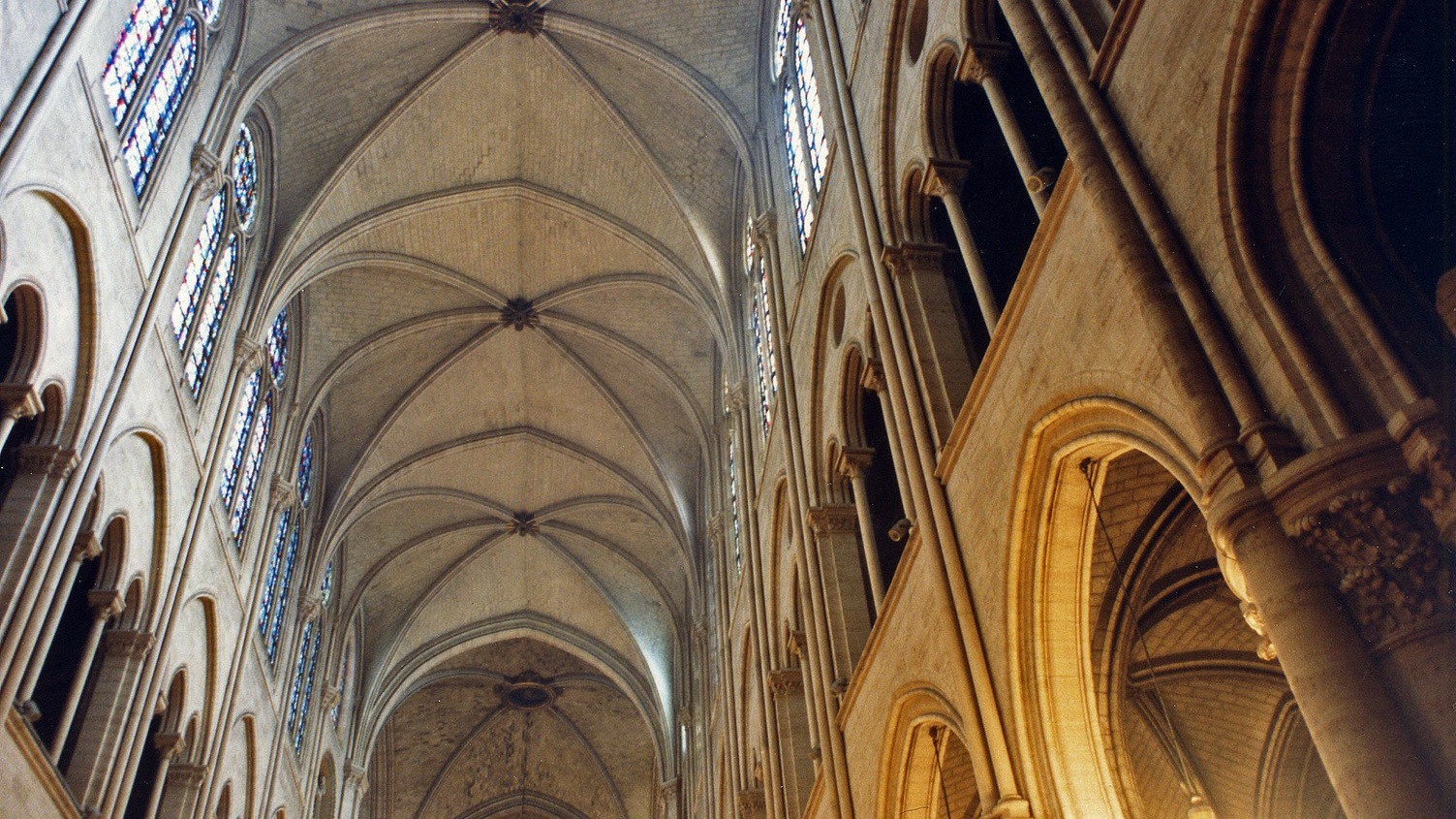 Why did the devastating fire at Paris’ Notre Dame Cathedral capture such intense worldwide attention this week?

One reason is because of the way Notre Dame connects us to the past by way of nearly a thousand years of history. The stones of this iconic structure, which Victor Hugo described in 1831 as “a vast symphony in stone,” have presided over great plagues, the turmoil of the French Revolution, Napoléon Bonaparte’s self-coronation, and the ringing of bells signifying the liberation of France at the end of the Second World War. There is something disquieting about the erasure of history. Without a connection to the past we drift, disempowered.

As numerous writers have pointed out this week, Notre Dame also played an integral role in the development of Western music. The Notre Dame school, a group of composers working in and around the Cathedral between 1160 and 1250, pushed sacred music beyond the single line of Gregorian chant into polyphony— multiple musical voices occurring simultaneously. This set the stage for everything from Bach’s fugues to the final movement of Mozart’s “Jupiter” Symphony, to the most contrapuntally complex passages from Mahler’s late symphonies. At the time, polyphony must have seemed both shocking, controversial, and captivating. For example, consider these lines from the English philosopher and bishop of Chartres, John of Salisbury (1112-1180), who attended services at Notre Dame:

Bad taste has, however, degraded even religious worship, bringing into the presence of God, into the recesses of the sanctuary a kind of luxurious and lascivious singing, full of ostentation, which with female modulation astonishes and enervates the souls of the hearers. When you hear the soft harmonies of the various singers, some taking high and others low parts, some singing in advance, some following in the rear, others with pauses and interludes, you would think yourself listening to a concert of sirens rather than men, and wonder at the powers of voices … whatever is most tuneful among birds, could not equal. Such is the facility of running up and down the scale; so wonderful the shortening or multiplying of notes, the repetition of the phrases, or their emphatic utterance: the treble and shrill notes are so mingled with tenor and bass, that the ears lost their power of judging. When this goes to excess it is more fitted to excite lust than devotion; but if it is kept in the limits of moderation, it drives away care from the soul and the solicitudes of life, confers joy and peace and exultation in God, and transports the soul to the society of angels.

Today, we know the names of only two composers from the Notre Dame school: Léonin and Pérotin, both born in France in the mid 1100s. These names were revealed by the writings of an English medieval musical theorist now known only as Anonymous IV. Anonymous IV worked at Notre Dame in the 1270s and gave a first hand account of the groundbreaking music created there. He (or she) credits Léonin with the development of the Magnus Liber Organi (in Latin, “Great Book of Organum”). Organum is defined as “one or more voice parts accompanying the cantus firmus often in parallel motion at a fourth, fifth, or octave above or below also.” The Cantus firmus (or pre-existing melody) was usually Gregorian chant.

The distinct sound of the old Notre Dame, heard for over 800 years, may be lost forever. Yet the extraordinary music remains. Here are a few pieces written in Notre Dame’s earliest days:

This performance is by David Munrow and the Early Music Consort of London:

This performance is by the The Hilliard Ensemble:

2 thoughts on “Léonin, Pérotin, and the Birth of Polyphony at Notre Dame”