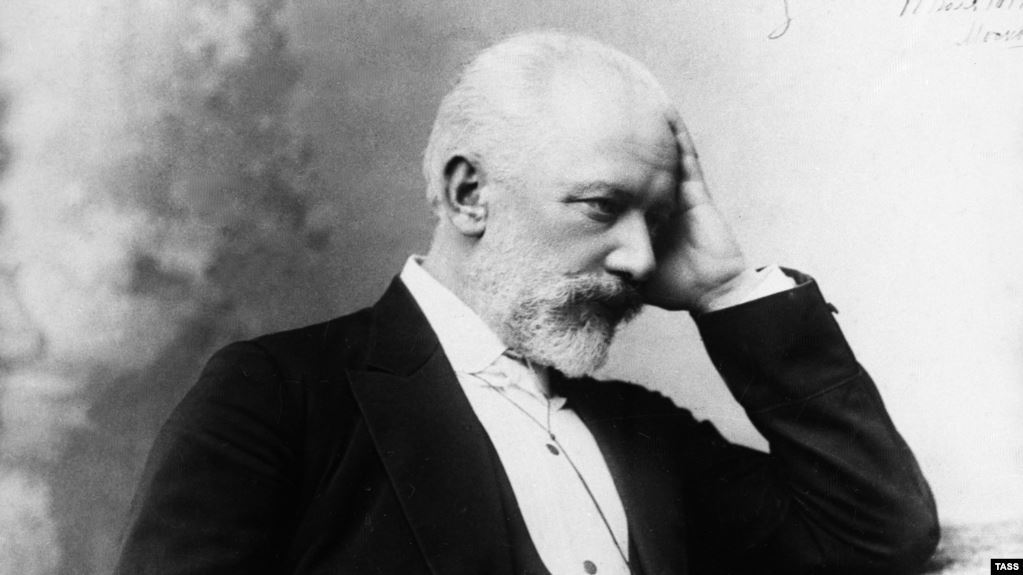 Tchaikovsky’s Symphony No. 5 in E minor begins in the shadows. A halting melody emerges in the solo clarinet, shrouded in the gloom of the low strings. It’s a melody built on simple, repeating phrases—something akin to a lamenting Russian folksong. In fact, this theme seems to have developed out of a phrase from Mikhail Glinka’s 1836 tragic opera, A Life for the Tsar, accompanying the words, “turn not into sorrow.” The Fifth Symphony’s introduction lingers in this strange, oppressive, almost subterranean soundscape. Our ears get no relief from these dark, veiled colors. The solo clarinet becomes a haunting, unrelenting presence, articulating what will be the Symphony’s recurring “idée fixe.”

The first theme (Allegro con anima) is an outgrowth of the slow introduction. Those initial, halting first steps in the strings in the introduction’s first measures are now transformed into a mysterious march over which a restless and spirited melody takes shape. The buoyant dotted rhythms which pervade this melody are not unlike the dancelike rhythms we hear in the opening movement of Beethoven’s Seventh Symphony. Listen to the way the voices of the full orchestra gradually come alive, including the playful dialogue of ascending scales in the woodwinds. An exhilarating sense of rhythmic conflict abounds in this music, which never seems far away from the swirling motion and grace of Tchaikovsky’s ballet scores. The lushly Romantic second theme turns suddenly into more jaunty ballet music amid exuberant, running pizzicati. A third theme (molto piu tranquillo) rounds out the exposition section. Although in 6/8 time, it gives us a sense, momentarily, of a waltz.

Tchaikovsky’s music is filled with striking polarities, encompassing the deepest “lows” and the most soaring “highs.” Listen to the way the serene, shimmering nostalgia of this third theme gets swept into a sudden, accelerating  whirlwind of euphoria which closes the exposition section with a tumbling release of energy. The bottom and top lines move chromatically in opposite directions, giving us a visceral sense of expansion and contour. Meanwhile, notice the conflicting rhythmic crosscurrents in the horns and trumpets which give this passage its ultimate punch. Leonard Bernstein’s 1960 studio recording with the New York Philharmonic allows us to hear this “from another angle” by bringing these brass voices to the forefront.

The first movement’s development section unleashes a torrent of swirling motivic fragments from the exposition section, amid an exuberant dialogue of conversing voices. The coda section closes with the first theme’s march fading into the distance. In the final bars, we return to the gloomy depths of the orchestra—the same unsettling world which closes the Sixth Symphony.

The second movement (Andante cantabile, con alcuna licenza) opens with a low string “choir” which seems to anticipate the gradually unfolding Third Symphony of the twentieth century Polish composer, Henryk Gorecki. Moving from the solemnity of B minor to the warmth of D major, this introduction sets the stage for the movement’s famous horn solo. Noble, nostalgic, sensuous, and lamenting, the horn is soon joined by other voices, from the clarinet to the oboe and bassoon. The expansive second theme grows into a soaring, passionate statement. But listen to the way this exalted statement is cut off rudely by a return of the “idée fixe” theme, this time as an outburst in the brass, punctuated by fanfare figures. (Remember that Tchaikovsky’s Fourth Symphony begins with a similarly ominous fanfare). Again, we reach the highest “high” only to plunge back into the lowest depths. The second movement ends with serene acceptance. The final resolution comes with the solo clarinet and the strings—the same voices we heard in the first movement’s introduction, but this time wrapped in the warmth of D major.

The third movement is a graceful yet fleeting waltz which combines with a faster scherzo trio section. In the opening bars, notice the way the rhythmic ground shifts out from under the melody, obscuring our sense of the downbeat. This music is filled with more rhythmic games in the form of irregular phrases, and the superimposing of 4/4 and 3/4 time in the trio section. Following all of this frivolity, the “idée fixe” theme slips into the final bars as an awkward guest.

In the introduction of the final movement, the gloomy, minor “idée fixe” theme suddenly transforms into E major. Trumpet fanfares ring out. Just before launching into the furious first theme, listen to the way the music teases us with the repetition of the theme’s first three pitches (E, D-sharp, E), as if unsure of the way forward. As the oboe begins an ebullient statement, notice the sparkling pizzicati which rise from the bottom to the top of the string section. A few moments later, a similar rising line emerges as a thrilling, heroic statement in the brass.

The Fifth Symphony’s dramatic journey ends in the ultimate transcendence. The final movement’s exhilarating momentum comes to a halt on a tension-filled dominant, followed by a shocking silence. Then, as if to leave behind  all that came before, we embark on a triumphant statement of the “idée fixe” in E major. The theme swells in the strings like a banner unfurled in the wind. Then, it becomes a celebratory proclamation in the trumpets. The final bars bring a restatement of the first movement’s “march” theme, this time in blazing major.

3 thoughts on “Tchaikovsky’s Fifth Symphony: A Journey from Darkness to Light”