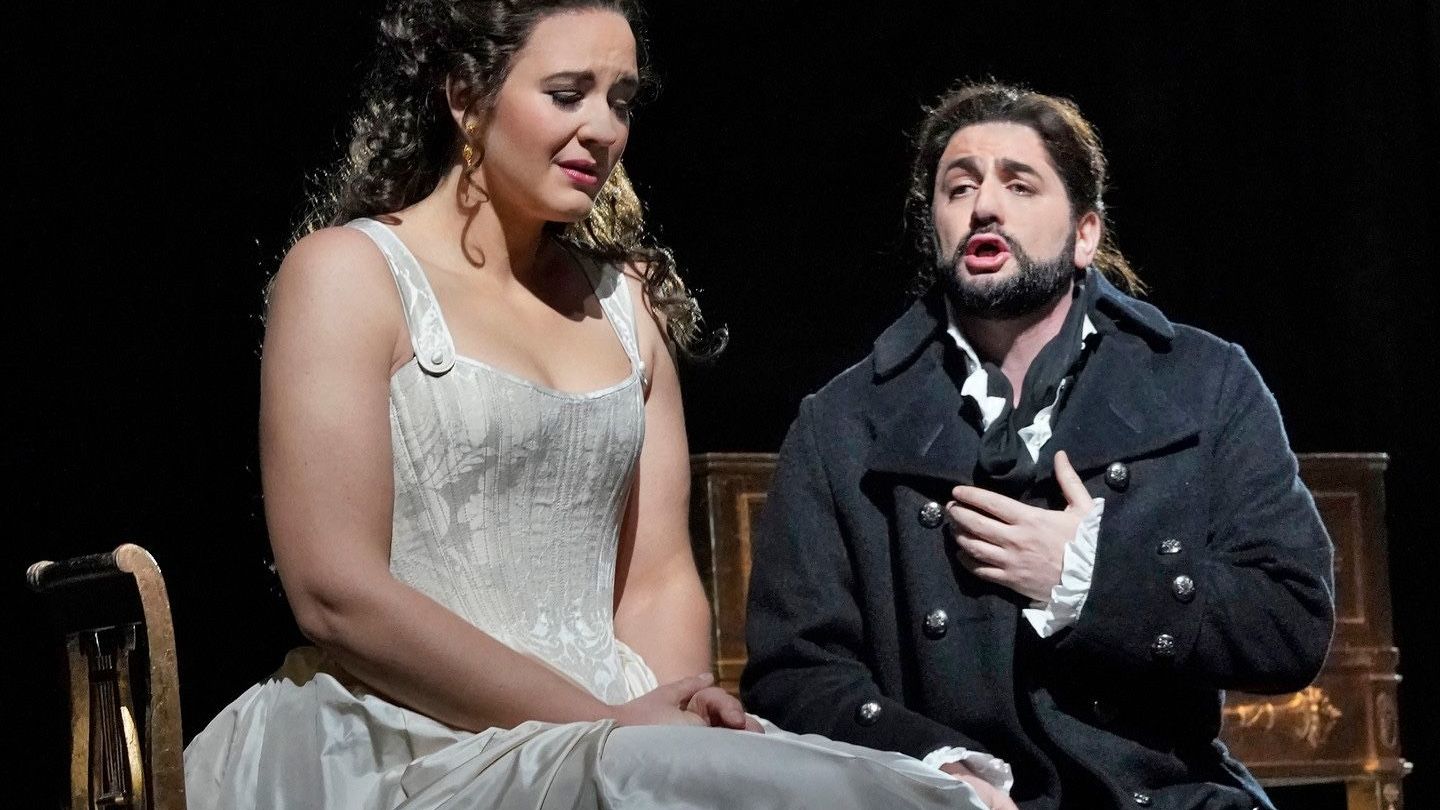 Tchaikovsky’s The Queen of Spades is playing at the Metropolitan Opera through December 21. First performed at St. Petersburg’s Mariinsky Theatre in 1890, the three act opera tells a dark story of greed, obsession, and psychological breakdown. It is based on Alexander Pushkin’s novella of the same name. Yet the libretto by the composer’s brother, Modest Tchaikovsky, alters the plot significantly, allowing the gambling addict Hermann to fall in love with Liza before descending into self destruction. Many critics consider The Queen of Spades to be Tchaikovsky’s finest opera.

The current production marks the highly anticipated Met debut of Lise Davidsen in the role of Liza. The 32-year-old Norwegian soprano has been hailed as “the company’s next A-list dramatic soprano,” possessing a “one-in-a million voice.” In his recent review in The Observer, James Jorden wrote,

Davidsen’s voice is a massive column of sound, fascinatingly complex in timbre in middle voice, and then gleaming like platinum in the upper fifth of her range. Tchaikovsky’s music took her up to an electrifying B-natural, but her ease in that register indicated her top almost certainly extends to high C and beyond. This is the sort of vocal instrument that thrives in a huge theater like the Met. The sound not only soars over the heaviest orchestration, but it seems to make the whole auditorium vibrate. At its most intense, Davidsen’s voice felt like it was coming from everywhere at once.

Akh! istomilas ya goryem (“I am worn out by grief”) is Liza’s final aria in Act III. It is the heartbreaking lament of unrequited love. Here is Lise Davidsen’s Metropolitan Opera performance:

Earlier in the opera, Liza’s love for Hermann draws her away from her fiancé, Prince Yeletsky. In a previous post, we explored Ja vas lyublyu, the noble and soaring second act aria in which Prince Yeletsky declares his love for Liza and then accepts that she does not share the same feelings. I also pointed out the motivic link between the opening measures of the Prelude to Act I of The Queen of Spades and the primary theme of the first movement of Tchaikovsky’s Fifth Symphony, which we heard on Wednesday. Tchaikovsky began working on the opera in 1889, a year after completing the Symphony. It’s as if a cast of musical “characters” from the Fifth Symphony wandered over into these initial bars before leaving Tchaikovsky to write his opera.