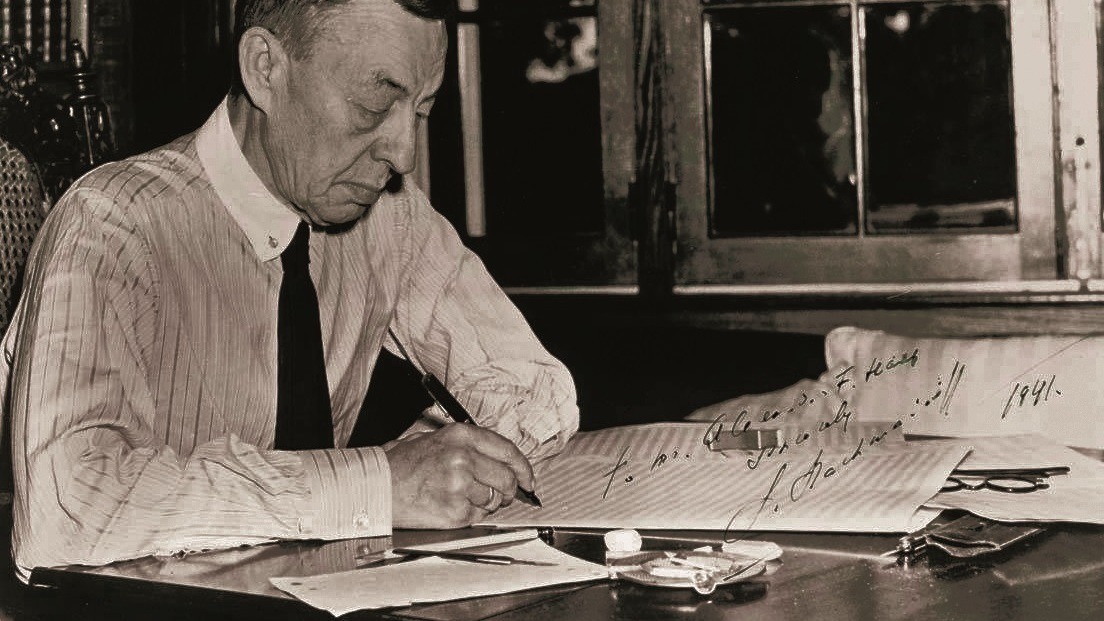 Pyotr Ilyich Tchaikovsky died suddenly at the age of 53 on October 25, 1893, nine days after the premiere of the “Pathétique” Symphony. He had been an important ally and mentor to the young Sergei Rachmaninov, helping to get the 20-year-old composer’s first opera, Aleko, performed at the Bolshoi Theatre, and expressing interest in conducting his symphonic poem, The Rock. Rachmaninov began composing the Trio élégiaque No. 2 in D minor after receiving word of Tchaikovsky’s death. It is dedicated “To the memory of a great artist.” Completed in five weeks, it seems to have possessed the composer. “All my thoughts, all my strength, is dedicated to the work,” he wrote.

A deep, haunting pathos pervades Rachmaninov’s Trio. In fleeting moments, you can sense the musical spirit of Tchaikovsky. In terms of its monumental dimensions and form, the piece mirrors Tchaikovsky’s Trio in A minor, Op. 50, written as a similar response to the death of Nikolai Rubinstein. Both pieces are cyclic, with the opening movement’s theme returning in the fading final bars, reflecting a sense of melancholy inevitability, even hopeless resignation. In both, the second movement unfolds as a series of far-reaching variations on a theme, announced by the piano alone. This sombre theme, which originated in The Rock, pays homage to Tchaikovsky’s plaintive theme. In both works, a dramatic conversation emerges between the three instruments that pushes the music to a transcendent, symphonic level. In the first version, Rachmaninov even pushed beyond the three standard instruments, calling for a harmonium in the second movement.

The first movement (Moderato) opens in the gloomy depths of the piano, with the chilling repetition of a descending chromatic line. The cello and violin enter as lamenting voices over this ominous funeral march. At times mournful and terrifying, the movement develops with a raw passion and intensity that seems to be attempting to express the inexpressible.

The second movement (Quasi variazione) moves through a series of strange and haunting adventures. Near the end of the movement, ghostly echoes of the Trio’s opening emerge in the piano, while the cello and violin enter into a time-suspending duo. The brief Finale (Allegro risoluto) opens with a ferocious statement in the piano. One passage evokes the descending lines of the final movement of Tchaikovsky’s Pathétique. The D minor Trio élégiaque offers many celestial glimpses, but like Tchaikovsky’s final Symphony, it ultimately descends into the darkest and most despairing depths.

2 thoughts on “Rachmaninov’s Trio élégiaque in D Minor: “To the Memory of a Great Artist””