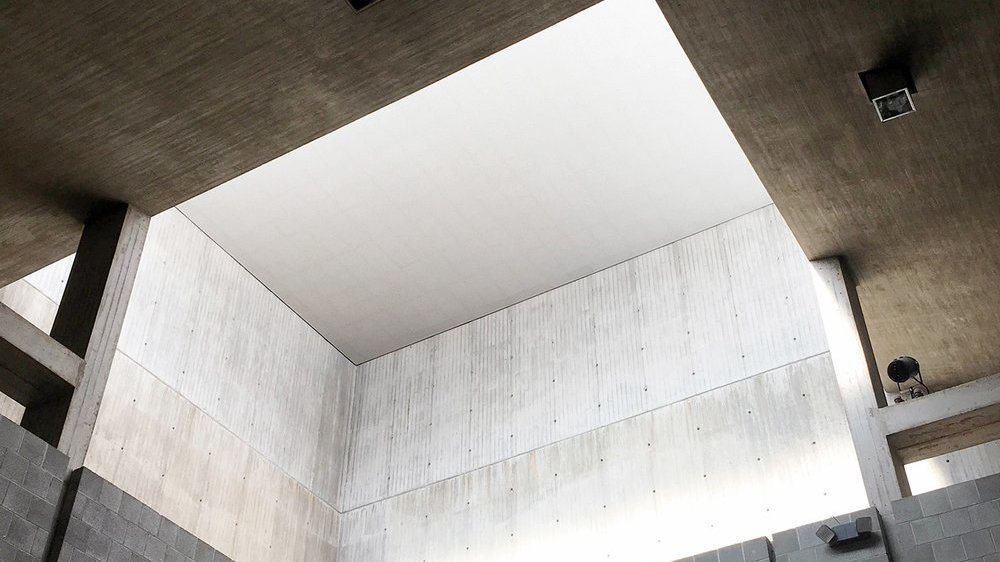 The late works of Beethoven are filled with mystery and revelation. They leave behind historical style and convention and assume a timelessness which speaks to posterity. This is the strange, spiritual landscape of the Ninth Symphony, the late string quartets, and the Missa solemnis, Op. 123.

While the Ninth Symphony takes an outward journey, culminating with the Ode to Joy’s declaration of universal brotherhood, the Missa solemnis (“solemn mass”), completed around the same time in 1823, moves inward. On the manuscript, Beethoven inscribed the words, Von Herzen—Möge es wieder—Zu Herzen gehn! (“From the heart – may it return to the heart!”). In an 1822 letter, the composer called this monumental choral piece on which he labored for more than four years, “the greatest work I have composed so far.”

The Missa solemnis transcends its traditional liturgical setting to encompass something more vast and universal. The length of the work precludes its utilitarian use in a church service. Divisions of “sacred” and “secular” become irrelevant. As the musicologist, Carl Dahlhaus, observed, “With the composition of a concert Mass, the concert hall was transformed into a church, and the Mass into a concert piece.” Wagner called it “a strictly symphonic work of the truest Beethovenian spirit” in which “the vocal parts are handled quite in the sense of human instruments.” As the five mighty movements of the Ordinary unfold—Kyrie, Gloria, Credo, Sanctus, Agnus Dei—voices and instruments blend together as equals. Just as a great work of architecture plays tricks with our perception of scale, Beethoven’s Missa solemnis seems to bend time, occasionally evoking the expansive Renaissance polyphony of composers such as Palestrina and Lassus. Commentators have sensed a spacial aspect to this music. The musicologist Donald Tovey wrote,

Not even Bach or Handel can show a greater sense of space and of sonority. There is no earlier choral writing that comes so near to recovering some of the lost secrets of the style of Palestrina. There is no choral and no orchestral writing, earlier or later, that shows a more thrilling sense of the individual colour of every chord, every position, and every doubled third or discord.

The conductor Michael Tilson Thomas describes the piece in terms of “architectural zones” in which large, disparate forms assume their power:

For me, the piece suggests a visit to a cathedral. As in a cathedral, different chapels are dedicated to different spiritual territories.  Some are majestic, some intimate, some symphonic or even operatic…Above all, Missa solemnis offered Beethoven the opportunity to explore and reflect on the nature of time itself, on the contrast between the fleeting time of human life and the vastness of divine time.

The Kyrie begins with a mighty D major chord which functions as a divine “call to order.” The instrumental voices of the orchestra become one with the solo voices and choral lines in a soaring and majestic invocation. This movement is filled with allusions to the trinity. “Kyrie” rises three times in the chorus, and the movement is set in three sections. In what Michael Tilson Thomas describes as “a burst of light,” we are invited into a space of spiritual ecstasy, assurance, and overflowing gratitude.

An awesome, titanic power is released in the opening bars of the Gloria (9:18). Punctuated with trumpets and drums, this music may remind you of the final, frenzied moments of the Ninth Symphony. What follows is a vast and far-reaching drama filled with constant surprises. We feel as if we are wandering freely through a beautiful and varied landscape. “No bar is inexpressive,” said the composer. The Gloria ends with a massive fugue which  soars to cosmic heights. In this “ultimate fugue,” it’s as if Beethoven is attempting to push beyond the great counterpoint of Bach and Handel into new territory. The celebratory final bars culminate in triumphant shouts of “Gloria! Gloria!” which are additions to the traditional text.

The Credo (26:00), a setting of the Nicene Creed from the fourth century, unfolds as a vast choral symphony. At times, the harmony is colored by the ancient Dorian mode. The solo flute floats above the choral lines as an angelic representation of the Holy Spirit. The massive closing fugue surges forward, suddenly, with the subject doubling in speed. The final bars seem to evaporate into the heavens with mysterious rising scales.

In the Sanctus (45:00), Beethoven pushes beyond the formal confines of the traditional mass. Following a joyful, almost cacophonous climax (“Osanna!”), a solemn orchestral Praeludium sets the stage for the Benedictus (49:39). The solo violin, perhaps a representation of the Holy Spirit descending to earth, emerges with the flute as a shimmering ray of light which pierces the preceding darkness. The solo vocal lines weave around the violin’s extended solo in conversations of humble thanksgiving (“Blessed is he who comes in the name of the Lord”). Donald Tovey called this intimate music “a kind of aria-concerto of violin, voices, and orchestra.”Again, all of the barriers between human and instrumental voices are broken. As the Ninth Symphony is a “Choral Symphony,” this music is a vast “symphonic” oratorio.

Shadows return in the opening bars of the Agnus Dei (1:01) with a shift to a dark and ominous B minor. In the manuscript, Beethoven wrote the words, “Prayer for inner and outer peace.” With the prayer, “dona nobis pacem,” D major is restored, as all storm clouds fade and the music dances with lighthearted playfulness. There is the sudden interruption of military drums and trumpet fanfares—a fleeting homage to Haydn’s Missa in tempore belli (Mass in Time of War). A familiar, triumphant strand of the “Hallelujah” Chorus from Handel’s Messiah emerges (1:11:26). All of the ghosts of previous and future music seem to converge in this glorious, cosmic soundscape. The orchestra becomes liberated in an exuberant eruption of wild, celebratory counterpoint (1:12:54). The final moments give us a sense of quiet, awe-inspiring mystery and lush, pastoral grandeur.

an offering to God and a declaration of love for God…. It is also a declaration of human love, of the composer’s feelings for the friend and patron whom protocol made, in a sense, inaccessible. And Beethoven, I feel sure, also meant us to perceive that love as a reflection of human love for God and God’s love for humankind. It is that intersection of the deeply personal the hieratic that makes the Missa so moving – for many of us, so unique and penetratingly moving.

Here is a live performance from 2016, featuring Daniel Reuss and the Orchestra of the Eighteenth Century and Cappella Amsterdam. The soloists are Carolyn Sampson (soprano), Marianne Beate (alto), Thomas Walker (tenor), and David Wilson-Johnson (bass).

2 thoughts on “Beethoven’s Missa Solemnis: A Cosmic Expanse of Space and Sonority”