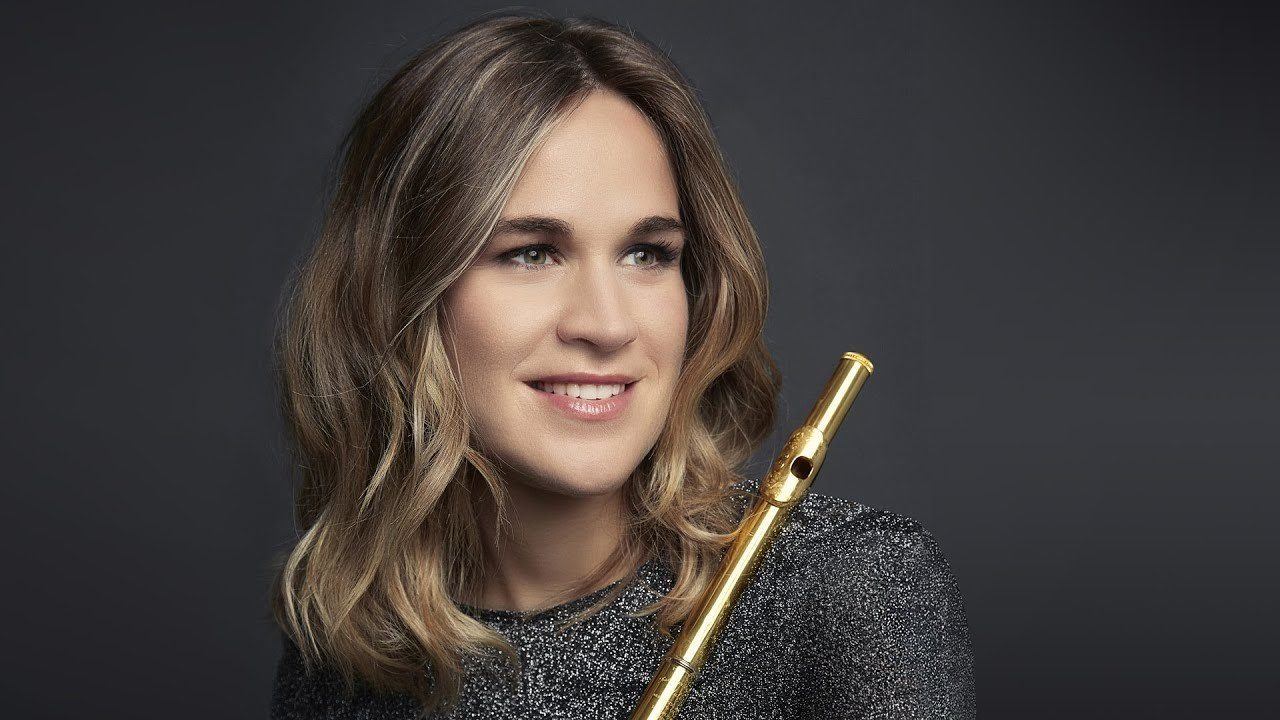 The twentieth century French composer, Jacques Ibert (1890-1962), did not adhere to a single stylistic “school.” Instead, famously he declared that “all systems are valid so long as one derives music from them.”

Ibert’s Flute Concerto, written in 1932 for Marcel Moyse, is filled with sparkling, effervescent humor and a jazzy, midcentury Parisian elegance. Set in three movements (fast-slow-fast), it is a work of cheerful, frolicking Neoclassicism.

The first movement (Allegro) begins with a jarringly dissonant chord in the orchestra which serves as a rollicking call to order. Then, a cartoonish ascending chromatic line in the violins launches the flute’s bright, continuously running opening statement. Contrapuntal conversations emerge between the instrumental voices. At moments, the flute’s suave and sultry side emerges.

The second movement (Andante) is a sensuous and intimate mediation. Its lushly beautiful atmosphere is tinged with melancholy and longing. The flute’s first statement rises over a veiled lullaby in the strings. In these opening pitches, there is a hint of the blues. As the movement unfolds, a series of elegiac voices joins the conversation, including the solo violin and horn.

Playfulness and frivolity return in the final movement. The flute’s sunny, virtuosic lines blend with jazzy interjections by the orchestra. The quietly apprehensive middle section of the movement returns briefly to the contemplative atmosphere of the preceding movement. A series of cadenzas throughout the movement become passionate soliloquies for the solo flute.