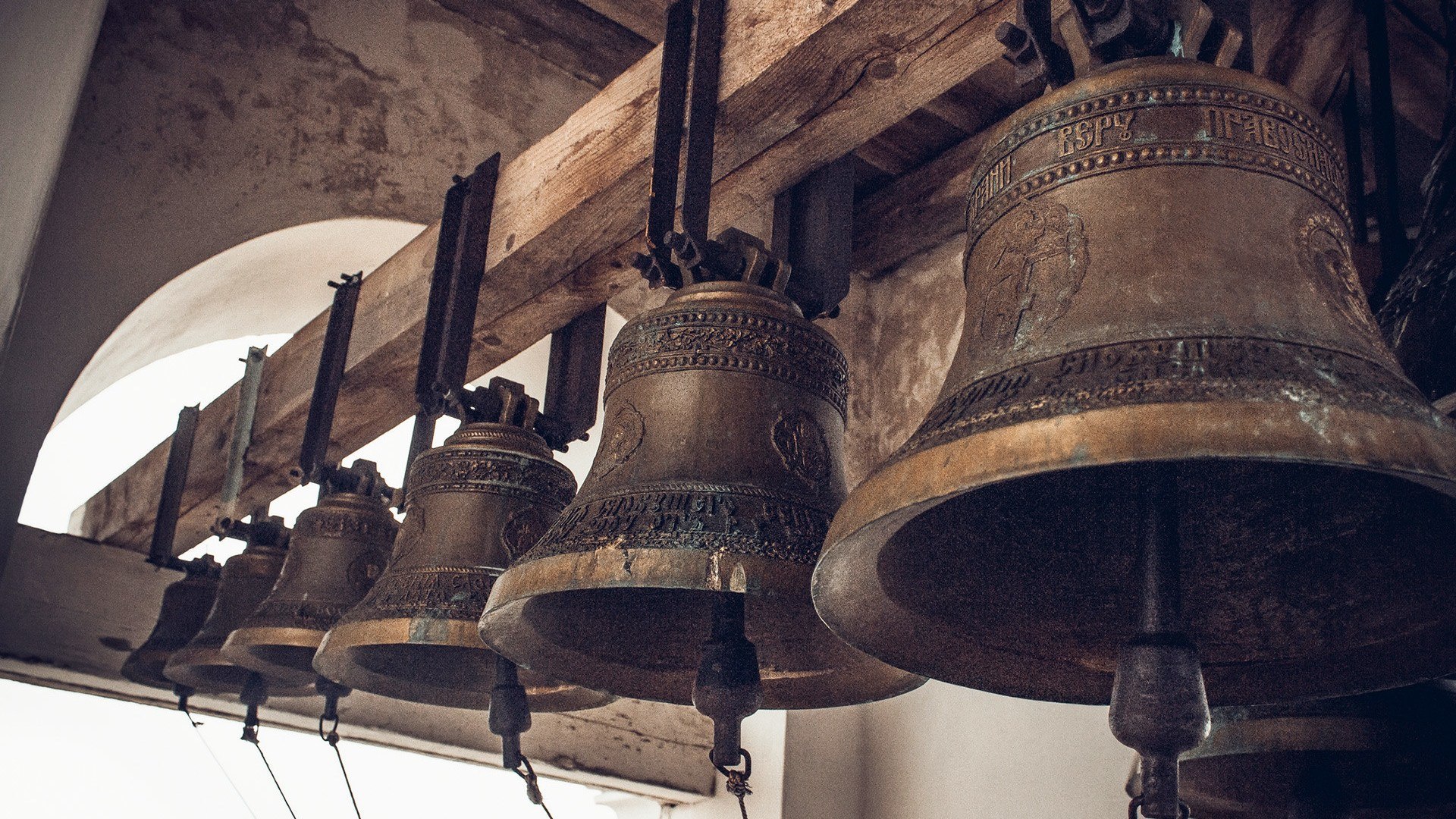 During a vacation in Rome in 1907, Sergei Rachmaninov received an anonymous letter which contained an intriguing text. It was Edgar Allan Poe’s 1849 poem, The Bells, freely translated and adapted by the Russian symbolist poet, Konstantin Balmont. Included was a note from the mysterious sender which suggested that the verses were ripe for a musical setting and that they were well-suited to the composer’s temperament. After Rachmaninov’s death, it was revealed that the cryptic letter had been written by Maria Danilova, a cello student at the Moscow Conservatory.

Eagerly, Rachmaninov set to work on The Bells, Op. 35, a monumental choral symphony set in four movements and scored for enormous forces which include soprano, tenor, and baritone soloists. Rachmaninov would regard it, along with the All-Night Vigil, as his favorite work. Following the dramatic arc of  the poem’s four stanzas, the Symphony unfolds as a journey in which the joys of youth fade into old age and death. Around the time of the 1913 premiere in St. Petersburg, Rachmaninov wrote,

The sound of church bells dominated all the cities of the Russia I used to know—Novgorod, Kiev, Moscow. They accompanied every Russian from childhood to the grave, and no composer could escape their influence. All my life I have taken pleasure in the differing moods and music of gladly chiming and mournfully tolling bells. This love for bells is inherent in every Russian… If I have been at all successful in making bells vibrate with human emotion in my works, it is largely due to the fact that most of my life was lived amid vibrations of the bells of Moscow…In the drowsy quiet of a Roman afternoon, with Poe’s verses before me, I heard the bell voices, and tried to set down on paper their lovely tones that seemed to express the varying shades of human experience.

During those afternoons in Rome, Rachmaninov inhabited the same shady apartment where his mentor Tchaikovsky had lived. He occupied the same desk where Tchaikovsky worked. The presence of Tchaikovsky, who died nearly twenty years earlier, seems to hang over The Bells. As with the Pathétique Symphony, it moves from the vitality of life to anguish, despair, and an ultimate acceptance of death, concluding with a lamenting Lento lugubre. Passages in the fourth movement, which evoke the demonic bell-ringer, seem to pay homage to the bedroom scene from Tchaikovsky’s opera, The Queen of Spades.

The first movement pulls us into the exhilarating forward motion of a sleigh ride propelled through a cold winter night. Bright, sparkling sleigh bells blend with the sound of children’s laughter. The jubilance of Poe’s original first stanza is tempered briefly by the addition of a solemn, foreshadowing line by Balmont: “That beyond illusion’s cumber, births and lives beyond all number, waits a universal slumber—deep and sweet beyond compare.” For a moment, a chill sets in. Haunting fanfares emerge in the trumpets and the wordless chorus draws us into a desolate, windswept landscape. The glistening colors of John Williams’ most popular adventure film scores owe a lot to this music. Yet, Rachmaninov was writing this magical, sweepingly cinematic music long before the epic Hollywood soundtrack. All of the movement’s frolicking energy swells to a majestic climax before the voices of merriment fade gradually into the distance.

In the poem’s second stanza, Poe beckons us to “hear the mellow wedding bells, Golden bells.” In the opening bars, a quietly wandering line in the violas marks the faint outline of the Dies irae (the Mass for the dead), a motif from Gregorian chant which emerges repeatedly throughout Rachmaninov’s music. This haunting introduction opens the door to music filled with tenderness, sensuality, and passion. Yet, the first four pitches of the Dies irae continue to lurk in the background. In the final bars, the two clarinets linger on a lamenting statement, as if attempting to forestall the inevitable final resolution in D major.

“Hear the loud alarum bells–Brazen bells! What a tale of terror now their turbulency tells!” Filled with cross rhythms and repeating patterns, the opening of the third movement seems to anticipate the American minimalism of John Adams’ Nixon in China. Soon, we are swept into an anguished, demonic scherzo. As the hellish inferno rages, the solo voices of the previous movements are replaced by blocks of sound which rise up from the chorus and orchestra. Echoes of Mussorgsky’s Boris Godunov and Tchaikovsky’s Francesca da Rimini can be heard in this terrifying music.

The final movement begins with a mournful soliloquy in the solo English horn as grim funeral bells toll. The shimmering, youthful sleigh bells of the opening movement have been replaced with ghoulish horrors and “the moaning and the groaning of the bells.” The raging climax evokes the hideous, mocking laughter of a demonic creature who has climbed into a church steeple to ring the bells. As the climax subsides, we are left with hypnotic, cascading lines in the violas. The four note motif held personal significance for Rachmaninov, who offered the following description:

One of my fondest childhood recollections is associated with the four notes of the great bells in the St. Sophia Cathedral of Novgorod, which I often heard when my grandmother took me to town on church festival days. The bell ringers were artists. The four notes were a theme that recurred again and again, four silvery weeping notes veiled in an everchanging accompaniment woven around them. I always associated the idea of tears with them.

While the despairing final movement of Tchaikovsky’s Sixth Symphony fades into defeat, Rachmaninov’s The Bells drifts into a serene, celestial landscape. The horrors of Poe’s original poem are swept away, and we are reminded of the reassuring lines which Balmont added to the first stanza which promise “a universal slumber—deep and sweet beyond compare.”*

* Robert McColley discusses Balmont’s added lines and their impact on the tone of the final movement’s coda in these concert notes.

Featured Image: church bells in the village of Selco-Karelian, Russia