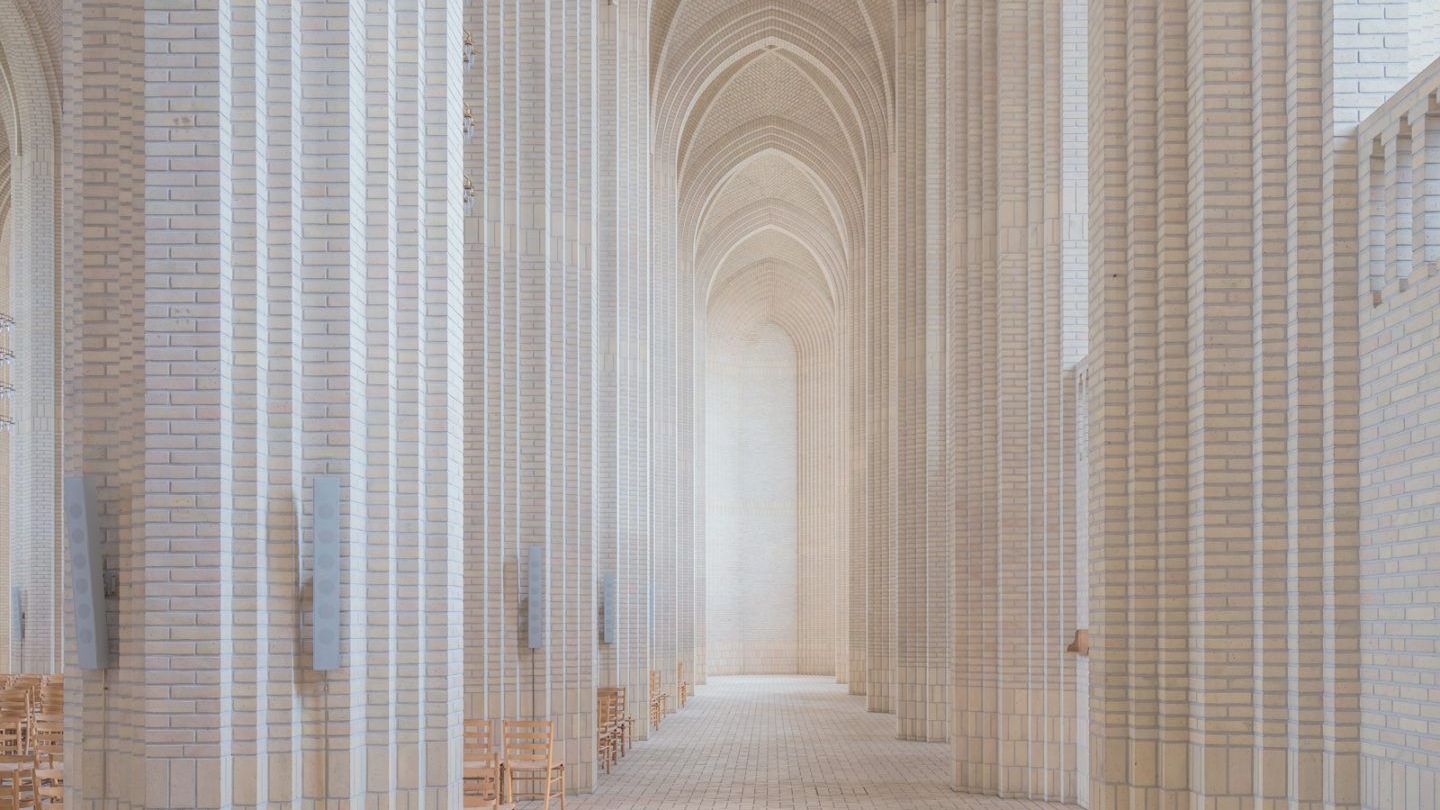 Anton Bruckner’s Symphony No. 5 in B-flat Major may be the most architectural symphony ever written. Constructed with monumental building blocks which are assembled according to principles of balance, proportion, and repetition, its four movements add up to a majestic and soaring musical structure. It takes us on a gradual, time-altering procession which requires that we remain attentive and rooted in the moment. The vast expanse of a great cathedral opens before us. We survey the mighty stone columns from a variety of vantage points and experience changes in the light streaming through the windows. Only in the monumental and contrapuntally exalted final movement is the full magnificence of this awe-inspiring edifice revealed. The conductor, Eugen Jochum, summed this up when he noted that

the climax…is not merely in the last movement but at the very end, in the chorale…The first, second and third movements seem almost a…vast preparation…The preparatory character applies especially to the first movement [whose] introduction…is a large-scale foundation…destined to bear the weight of all four movements.

The Fifth is the only Bruckner symphony which opens with a slow introduction. It begins with a single mysterious pizzicato line in the cellos and basses which steps part way down the scale before rising again. This is the kind of walking bass line which forms the foundation of many pieces from the Baroque period. Soon, the orchestra is transformed into a mighty pipe organ. Fragments of a majestic brass chorale are interspersed with moments of silence. With a series of continuous modulations, the music searches for a way forward. An expansive, climactic proclamation opens the door to the first of the exposition’s three themes. At moments, the strings, woodwinds, and brass form opposing “choirs.” Often, phrases seem detached and disparate. As the movement unfolds, a sublime underlying process establishes order out of this apparent chaos. This gradual process is fulfilled in the final moments of the coda section when the music arrives triumphantly “home” in blazing B-flat major.

The Adagio begins with a new pizzicato walking bass line. The beginning of the movement’s first theme is imbedded in this quiet pizzicato line. The lonely, plaintive theme is revealed by the solo oboe. This was the first idea Bruckner set to paper when he began working on the Fifth Symphony in February of 1875. The melody glides over the continuing pizzicato triplets, creating a cross rhythm in which four beats are superimposed on six. The second theme begins as a warm and noble chorale in the strings. These two themes open the door to intense, far-reaching development which pushes the movement to soaring dramatic heights.

The Scherzo begins with the same pitches which opened the Adagio. Now, the tempo is brisk and buoyant and the notes are bowed rather than plucked. A new, swirling woodwind melody emerges. While all of Bruckner’s other scherzos follow a strict binary form, this one is cast in a three-theme sonata form. In this adventurous music, there are foreshadowings of the quirky twists and turns of Mahler’s symphonic scherzos. Combining the ländler with the polka, this is the wildest and most exhilarating of Austrian peasant dances.

The opening bars of the Finale mirror the beginning of the first movement. The music is almost identical, with the exception of the quiet, sneaky entrance of the solo clarinet. Its falling octave recalls the cheerful birdsongs which surrounded the first movement’s principal theme. Soon, the clarinet launches into an endearingly brave and spirited statement. In an homage to the final movement of Beethoven’s Ninth Symphony, the strings offer a brief remembrance of the first movement’s principal theme. The clarinet returns as if to say, “No. We must have something new.” Next, we hear a few bars of the second movement. Again, the clarinet comments, this time with renewed insistence. Now, the strings join in agreement, picking up the clarinet’s motivic line. It becomes the subject of a vigorous fugue. What follows is a monumental symphonic movement which combines sonata form, a double fugue, and a triumphant chorale. The commentator Richard Atkinson provides a fascinating in-depth analysis of this masterful display of counterpoint. Most remarkable is the development section’s extended double fugue, in which multiple themes are brought together. The Fifth Symphony concludes with what Atkinson calls “the coda of all codas.” With a return of the majestic chorale and the first movement’s principal theme, the cycle is complete. In this ultimate climax, the soaring edifice’s disparate architectural details merge into a unified whole.