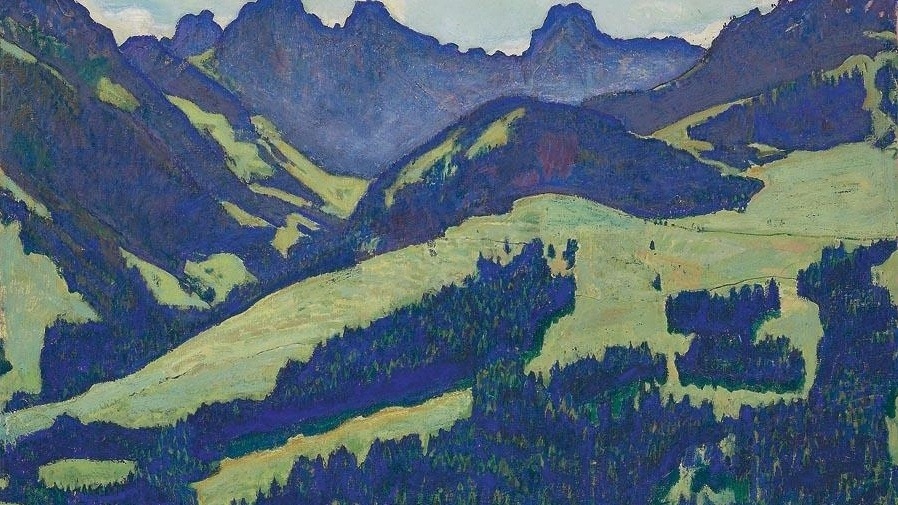 Obermann, an 1804 novel by the French philosopher, Étienne de Senancour, centers around the mediations of a young, melancholy recluse who retreats into the Swiss Alps to probe profound and unsettling questions. The novel unfolds as a series of letters written by Obermann, the ultimate solitary, Romantic hero. Filled with longing, he is both enthralled and mystified by Nature. He asks,

What do I wish? What am I? What shall I ask of nature? I feel; I exist only to waste myself in unconquerable longings…Inexpressible sensibility, the charm and the torment of our futile years; vast consciousness of a nature that is everywhere incomprehensible and overwhelming; universal passion, indifference, the higher wisdom, abandonment to pleasure— I have felt and experienced them all.

These hazy mediations formed the inspiration for Franz Liszt’s Vallée d’Obermann (“Obermann’s Valley”), a virtual tone poem for solo piano. Liszt wrote this music in the 1830s at a time when he lived in Switzerland with the countess, Marie d’Agoult, with whom he had eloped. The piece was later revised and published as part of the first of a collection of three suites titled, Années de pèlerinage (“Years of Pilgrimage”).

Vallée d’Obermann begins with a gloomy and desolate descending theme in the pianist’s left hand, accompanied by hollow triplets in the upper register. Chromaticism and wrenching dissonances evoke a sense of aimless wandering, exhaustion, and angst. These opening bars bring to mind Liszt’s description of Obermann as “the monochord of the relentless solitude of human pain.” This initial motif forms the seed out which the entire piece develops, using the process of thematic transformation that we find throughout Liszt’s orchestral tone poems. Through this metamorphosis, Vallée d’Obermann briefly transcends the darkness of E minor and floats into the celestial sunshine of C major. In its final moments, the music surges upward to an exhilarating climax. Yet, as the Liszt scholar, Ben Arnold, writes,

This epiphany proves to be an illusion, since the final descending statement creates a heartbreaking close to this incredible pursuit. Obermann almost finds life’s answer and the happiness he seeks, only to realize that it is a mirage.

This 2004 recording features the extraordinary American pianist, Nicholas Angelich. Angelich passed away on April 18 following a battle with chronic lung disease. He was 51.

In addition to the quote above, Liszt inscribed in the score a haunting quote from Lord Byron’s Childe Harold’s Pilgrimage:

Could I embody and unbosom now
That which is most within me,—could I wreak
My thoughts upon expression, and thus throw
Soul—heart—mind—passions—feelings–strong or weak—
All that I would have sought, and all I seek,
Bear, know, feel—and yet breathe—into one word,
And that one word were Lightning, I would speak;
But as it is, I live and die unheard,
With a most voiceless thought, sheathing it as a sword.