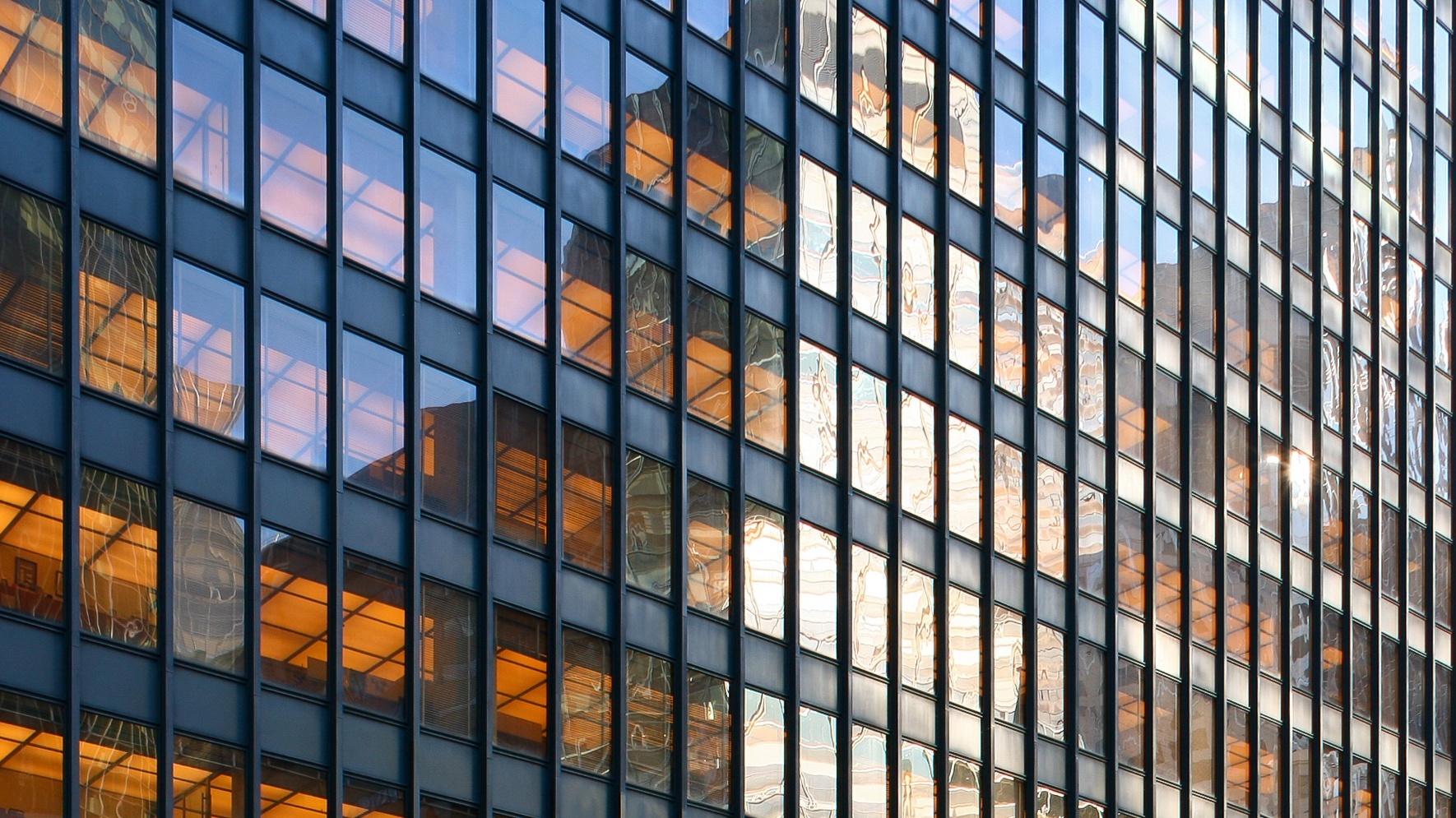 In architecture, our perception of space is influenced by repeating elements which provide a sense of structure, form, and scale. A particularly sensuous example can be found in the crisp geometric lines which form the bronze curtain wall of Ludwig Mies van der Rohe’s 1958 Seagram Building in New York.

While architecture occupies the spacial realm, music unfolds through time. Time is the title of the newest composition by American composer, Michael Torke (b. 1961). Today marks the release of a recording of the work, which features a chamber ensemble billed as the Michael Torke Orchestra. The ensemble is made up of a colorful array of instruments: “2 clarinets, 2 bass clarinets, 2 soprano saxes, 2 baritone saxes, 2 marimbas, vibes, piano, harpsichord, 2 wordless sopranos, 2 wordless altos, 2 violins, viola, cello, bass.”

Time continues a compositional trajectory which began with Torke’s 2019 Being. It grows out of the pulse and pattern minimalism of Steve Reich, in which sunny rhythmic riffs meet sustained pedal tones (here, often occurring in the vocal lines). Time is broken up into five “Spans” which unfold without pause. Filled with jubilant and satisfying grooves which echo contemporary pop music, Time unfolds as a series of musical moments. It is music which lives in a continuous and ecstatic present. In this piece, repeating patterns influence our perception of time, just as architectural columns shape space.

Here are the composer’s program notes:

A span of time: as short as a nine-minute movement; or as long as a life.

The span of a day, a week, a month, or a year has imprinted in it recurrence and repetition. Recurrence in large scale mirrors recurrence in detail. Repetition can reset an unsettled heart, can calm the nerves, can even adjust brain chemistry. Rhythm itself divides up time and breathes life into time. Time slips away as we age, but music pins us down—it offers a kind of security against the ravages of time.

TIME is the 3rd recording project (after BEING, and PSALMS AND CANTICLES) unhindered by Covid, insofar as the individual tracks were recorded independently in isolation, and later mixed together. This gave us the opportunity to hire the same musician to do all four clarinet parts, all four sax parts, all three mallet parts, and all four vocal parts whose result is a desired homogeneity and cohesiveness of performance style. Exactness is required in this kind of interlocking, rhythmic music, and we could achieve it with this recording strategy.

Buddha says, “Life is swept along, next-to-nothing its span. For one swept to old age no shelters exist. Perceiving this danger in death, one should drop the world’s bait and look for peace.”