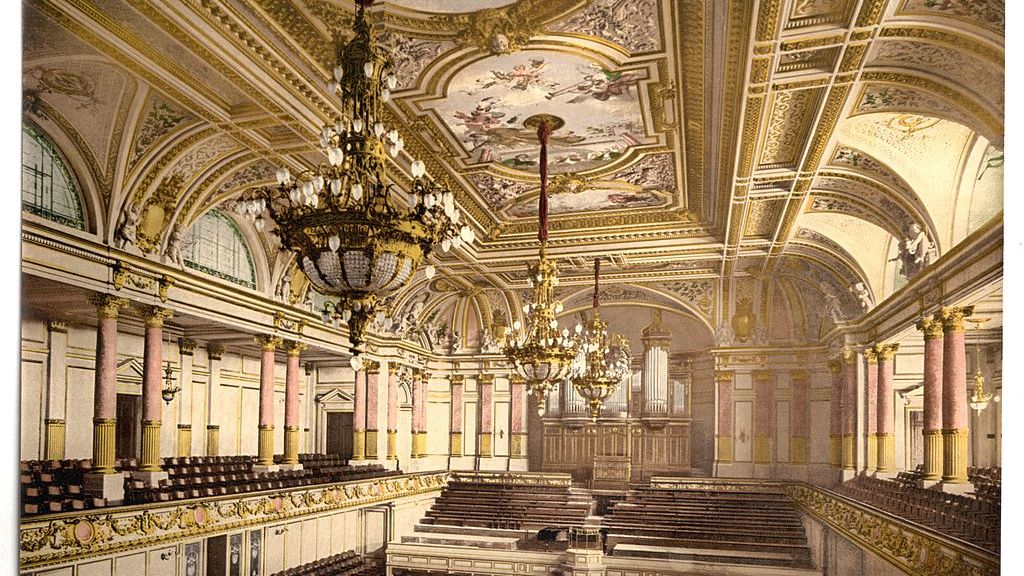 Beethoven’s Concerto for Violin, Cello, and Piano in C Major, Op. 56 is a rare musical hybrid.

Commonly known as the Triple Concerto, it playfully and exuberantly combines elements of the piano trio with the concerto. With this music, Beethoven achieved a genre-bending feat which was virtually unprecedented at the time, and has not been attempted by any significant composer since. While the sinfonia concertante features a dialogue between individual solo instruments and the orchestra, Beethoven’s Triple Concerto presents the soloists as a collective force. The casual and carefree chamber music of the salon is augmented, miraculously, by the grandeur of the orchestra. As with Beethoven’s Choral Fantasy, an adventurous new kind of music emerges.

Composed between 1803 and 1804, around the time of the Eroica Symphony, the Triple Concerto came at the advent of Beethoven’s “heroic” middle period. The early biographer, Anton Schindler, claimed that it was written for Beethoven’s student and royal patron, Archduke Rudolph. The Archduke was 16 years old at the time, and an accomplished pianist. However, there is no official record that Rudolph ever performed the work. The only public performance of the Triple Concerto during the composer’s lifetime took place at an outdoor concert in Vienna’s Augarten in May of 1807.

The Triple Concerto begins quietly and sneakily. The opening movement’s first theme emerges as a single strand in the low strings. Soon, the orchestral introduction springs to life with regal dotted rhythms, brash and thundering dynamic surprises, an exhilarating and expectation-filled crescendo, and upward flourishes in the cellos. The mighty orchestral introduction dissolves into a single, pulsating line and the solo voices take center stage, moving from the cello, to the violin, to the piano. They enter into a soulful and fun-loving musical conversation. Occasionally, we get the sense that one instrumental “character” is attempting to outshine the other in a good-natured contest of sparkling virtuosity. Harmonically, Beethoven surprises us at the end of the exposition section with a turn to A minor rather than the expected G major.

Set in the distant key of A-flat major, the second movement functions as an expansive introduction to the final movement. A passionate duet emerges between the violin and cello, while the piano plays a coloristic supporting role. The concluding Rondo follows without pause. It is based on the stately Polish dance of the polonaise. The final bars of the Triple Concerto arrive as a spirited romp.

This 2005 recording featuring David Zinman and the Tonhalle-Orchester Zürich with Yefim Bronfman, Gil Shaham, and Truls Mørk unlocks the zany magic of this often overlooked piece: